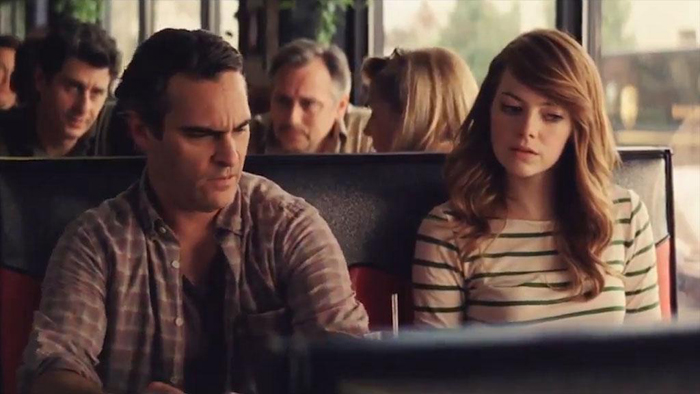 I love Woody Allen’s delicious and very dark comedy about a somewhat infamous, burned-out philosophy professor (Joaquin Phoenix) starting anew at a small, idyllic New England college.  His bored but honest relationships with colleagues, their wives and especially a wide-eyed co-ed (Emma Stone) make us care for him and his well-being.  Allen’s annual mid-year entry got decidedly mixed reviews, but I was fascinated and entertained by the moral question at the center of the fable and Allen’s  enthusiastic and unapologetic rendering of the philosophy teacher’s rationale about doing something very bad for a greater good and how this quest revives his moribund life. 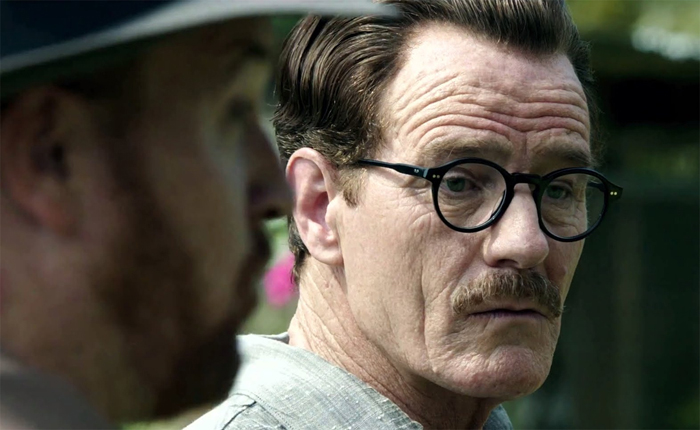 I enjoyed my conversation with Bryan Cranston about the real screenwriter Dalton Trumbo and the challenge Cranston faced in playing a controversial living person. Cranston told me: “It’s about a dark, shameful period in Hollywood and America when civil liberties were in jeopardy.”

Yes, the movie’s supremely relevant in today’s world. The issue of being free to speak one’s mind and not being jailed as an enemy of the state should concern everyone. But this film is not a “message movie.” It’s hugely entertaining, dramatic as well as intermittently funny — thanks especially to the supporting work of John Goodman as a hack producer – and that makes it a slam-dunk and front runner for a Best Actor nod for Cranston. 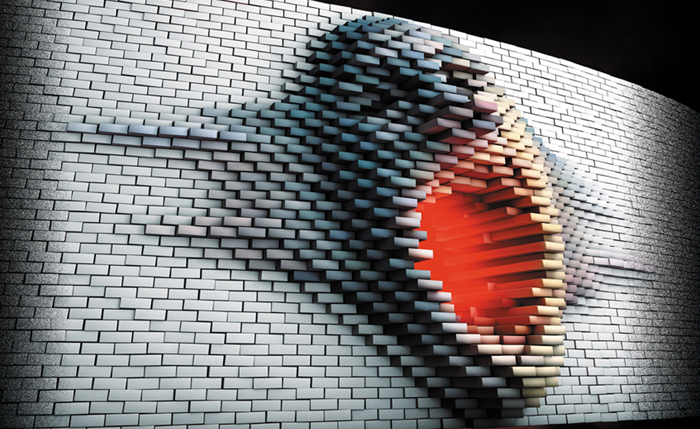 Pink Floyd’s album “The Wall” is a personal, ferociously moral concert experience now superbly captured on film as directed by frontman Roger Waters and Sean Evans. Fear is the wall. It always has been. For me, this is among the very best of all concert films. 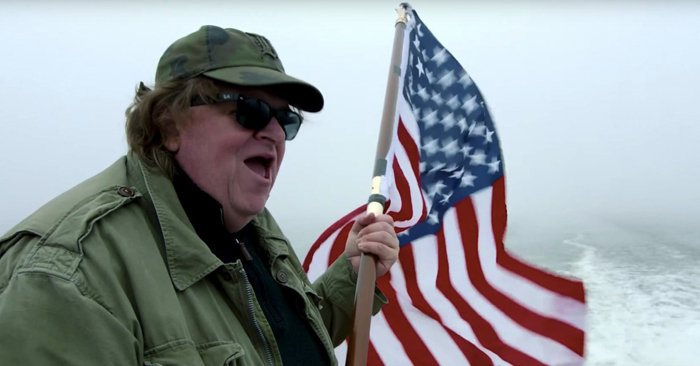 WHERE TO INVADE NEXT

My “relationship” with activist and filmmaker Michael Moore is an uneasy one. But I was really surprised by how much I liked this subversive documedy that takes an often genial look at how other countries manage their socialistic mandates. Moore’s point is how the U.S. could adopt many of these life-enhancing practices that were ironically first considered here. The film covers specific subjects like free education, vacation time and pay, maternity leaves, children’s school lunches, prison issues, women’s rights (and more) in places like Germany, Finland, Italy, Tunisia among others. I would love to see a conservative response to what Moore suggests in his film, but I’m not sure there is one.

One thing that bothered me was Moore’s physical appearance – both his morbid obesity and unkempt attire. It especially detracted from his credibility when meeting dignitaries and heads of state.  Certainly he has the means to better manage his own obvious health concerns — if not his wardrobe. Many of the ideas in this film deserve wider consideration because they almost all hinge on treating people with dignity under all circumstances – even murderers in prisons — and that human happiness is a worthy goal in itself with numerous side benefits for a nation. 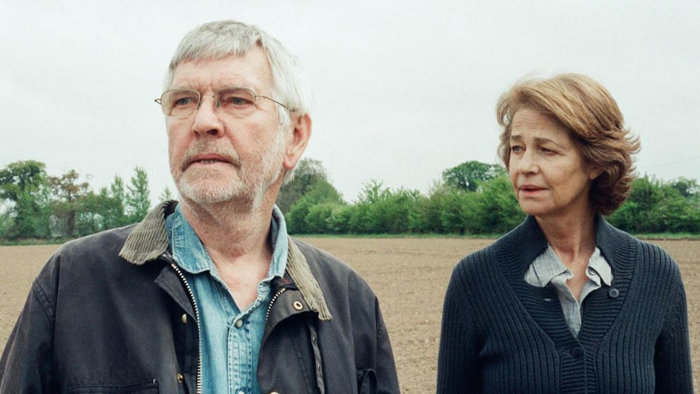 Writer director Andrew Haigh’s understated exploration of a mature couple’s conversations during the week before a party for their 45th wedding anniversary reminded me of an Ingmar Bergman film. The arrival of a letter announcing that the body of the husband’s first love has been discovered, frozen in a Swiss glacier after nearly half a century triggers an extended Chekovian exchange that both reveals and conceals the deepest feelings and fears of both partners. There’s a profound loneliness that rises to the surface that is as troubling as it is fascinating. Tom Courtenay and Charlotte Rampling make this restrained drama come alive via their considerable combined charismas already embraced by generations of audiences but now wedded to the fictional characters of the story. Hard to imagine any other two actors playing these characters so adeptly. 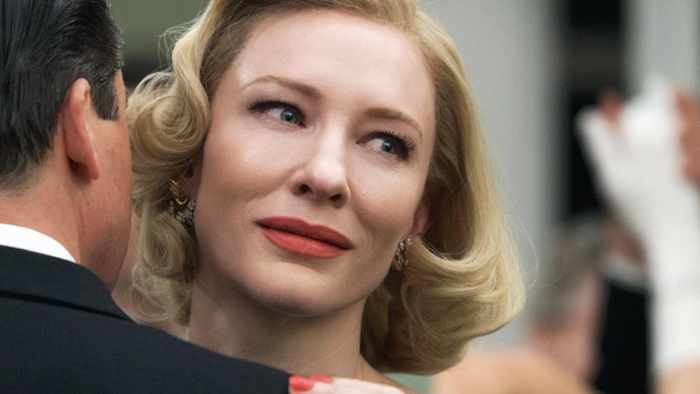 Based on Patricia Highsmith’s novel “The Price of Salt,” Todd Haynes’ straightforward but restrained lesbian love story is just about perfect.

Set in the 1950s, Rooney Mara is Therese Belivet and Cate Blanchette is Carol. When they meet in a Manhattan store’s dolls display they delicately dance around their attraction to each other. When their bond is acknowledged and acted upon, complications arise. Such a simple premise, so elegantly executed and crafted, is a rarity on the big screen. Phyllis Nagy wrote the adapted screenplay. 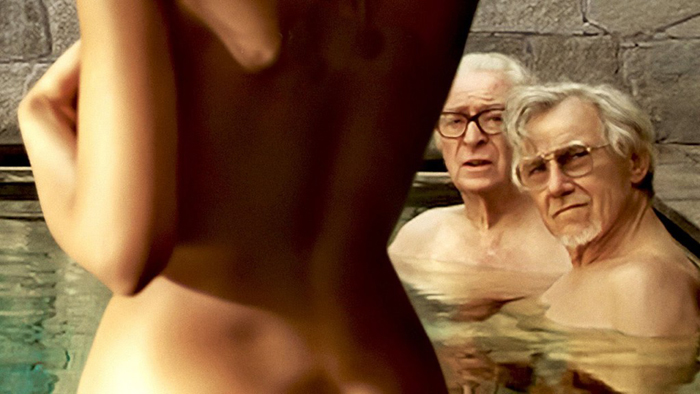 This visually striking film about some famous people staying and interacting at a Swiss spa has a decidedly European sensibility. Paolo Sorrentino wrote and directed this ambitious but ambiguous film that actually has little to do with “youth” except in minor dialogue. In the center of the story is Fred (Michael Caine), a world-renown, retired composer and conductor. Fred’s old friend, filmmaker Mick (Harvey Keitel), is working on what appears to be his final screenplay. There’s lots of philosophical talk in stunning locations but I have no idea what this movie is really about. Never the less, I was caught up in the world of artistic ideas, fragmented memories and especially the relationships of the elite guests with each other. Personal note: Someone please tell me, was that really former soccer star Pelé who makes an unforgettable appearance but is not mentioned in the final credits?