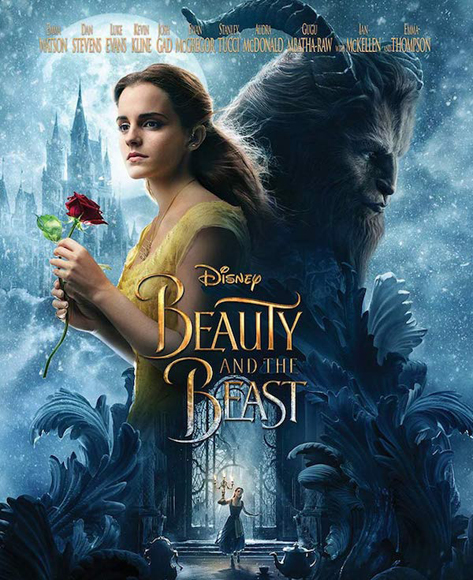 BEAUTY AND THE BEAST

Not my favorite Disney fairy tale or animated movie, but a watchable live action remake.  Emma Watson has an almost perfect look, she is a true beauty and radiates a sweet charisma every second she’s on screen.  It’s impossible to take one’s eyes off her.  The rest of the cast is tolerable but it’s the dazzling visuals that are the real draw here and probably the main reason for the record breaking opening weekend at the global box office.

What is it about this old fairy tale that still resonates with a contemporary audience?  Is it merely nostalgia for the rather mediocre 1991 animated version and its lackluster songs?  Admittedly, the visuals are truly dazzling at times, and the costumes are equally eye-popping and impressive.  But the whole is less than its parts and more kitschy and gaudy than nostalgic or memorable.  I loved Disney’s live action updates of “Cinderella” and “The Jungle Book.”  Both were true digital works of art that tapped the truth of the core story for maximum emotional impact.  But team Disney dropped the ball on this one.

Movies work best when the metaphors gently seep into your soul and not batter it into submission.  What is it about this story of a beastly looking cursed prince who imprisons a beautiful and “pure” young girl in his castle until she sees his good heart and falls in love with him?

I was expecting and wanted more emphasis on the beastly prince’s full backstory.  His torment struck me as not unlike The Elephant Man’s dilemma.  I wanted to understand more of the process that convinced the Beauty to help the Beast reclaim his humanity. 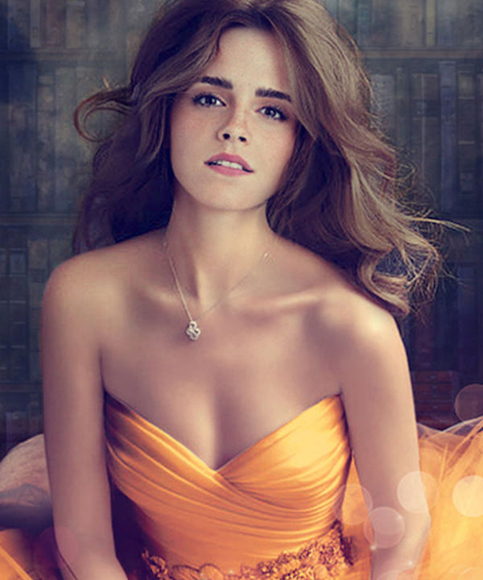 In spite of Emma Watson’s Belle being one for the ages, it’s costar Dan Stevens’ beast that most intrigues – at least story wise; Luke Evans is Gaston, the good looking, but shallow villager who woos Belle.  Kevin Kline (looking a little uncomfortable) is Maurice, Belle’s eccentric, but lovable father.  The admittedly exceptional cast includes: Josh Gad as Lefou, Gaston’s long-suffering aide-de-camp; Ewan McGregor as Lumiere, the candelabra; Stanley Tucci is Maestro Cadenza, the harpsichord; Oscar nominee Ian McKellen is Cogsworth, the mantel clock; and Emma Thompson as the teapot, Mrs. Potts.  Bill Condon directs with an eye on maintaining the look and feel of the 1991 animated film.

Sadly, the addition of new music and songs did not make this enterprise one for the ages.  But watching Emma Watson inhabit a part she was born to play is immensely satisfying. 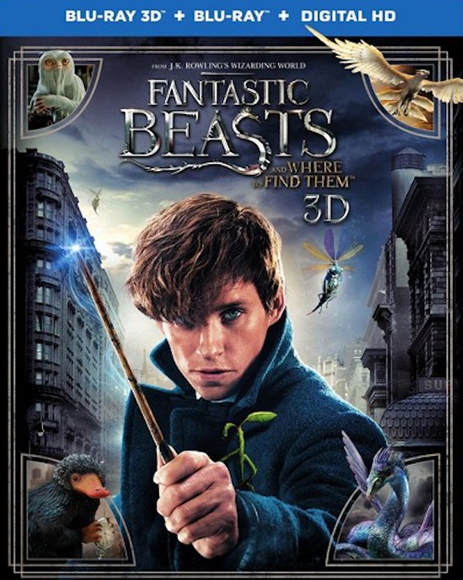 FANTASTIC BEASTS AND WHERE TO FIND THEM 3D

This visually rich and immersive piece of satisfying entertainment takes us into the Wizarding world decades before Harry Potter and half a world away  Eddie Redmayne stars in the central role of Magizoologist Newt Scamander (great Name Huh?).

Set in 1926 New York City where something mysterious is leaving a path of destruction in the streets, threatening to expose the wizarding community to the No-Majs (American for Muggls), including the Second Salemers, a fanatical faction bent on eradicating them.  And the powerful dark wizard Gellert Grndelwart, after wreaking havoc in Europe, has slipped away…and is now nowhere to be found.

Unaware of the rising tensions, Newt arrives in the city nearing the end of a global excursion to research and rescue magical creatures, some of which are safeguarded in the magical hidden dimensions of his deceptively nondescript leather attaché case.  But potential disaster strikes when unsuspecting No-Maj Jacob Kowalski inadvertently lets some of Newt’s beasts loose in a city already on edge – a serious breach of the Statute of Secrecy that former Auror Tina Goldstein jumps on, seeing her chance to regain her post as an investigator.  However, things take an ominous turn when Percival Graves, the enigmatic Trump appointed Director of Magical Security at MACUSA (Magical Congress of the United States of America), casts his suspicions on both Newt and Tina.

Now allied, Newt and Tina, together with Tina’s sister Queenie and their new No-Maj friend, Jacob form a band of unlikely heroes who must recover Newt’s missing creatures before they come to harm.  But the stakes are higher than these four outsiders—now branded fugitives—ever imagined, as their mission puts them on a collision course with dark forces that could push the wizarding and No-Maj worlds to the brink of war!  There’s a bounty of fascinating extras that includes author J.K. Rowling and director David Yates in conversation on set at Leavesdon Studios.

This title raises the bar for future ultra hi-def 3D home theater discs.   It must be seen to be believed.  Warner Bros. Ent. 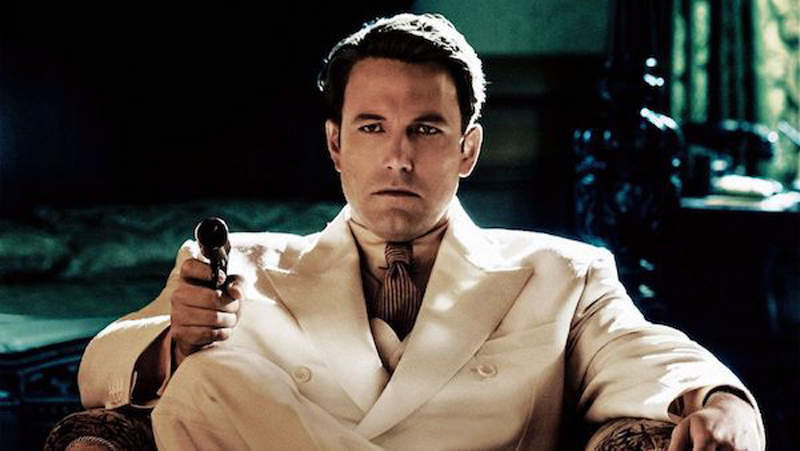 What you put into the world will always come back to you, but it never comes back the way you think — or predict.

Director Affleck plays WWI vet Joe Coughlin, a self-proclaimed anti-establishment outlaw, despite being the son of the Boston Police Deputy Superintendent.  Jo’s not all bad.  In fact, he’s not really bad enough for the life he’s chosen.  Unlike the gangsters he refuses to work for, he has a sense of justice and an open heart, and both work against him, leaving Joe vulnerable in business and love again and again.  Driven by a need to right the wrongs committed against him and those clos to him, Joe heads down a dubious path that goes against his fragile moral code.  Leaving the freezing Boston winter behind, he and his reckless crew turn up the heat in Tampa.  And while revenge may taste sweeter that the molasses every drop of illegal rum he runs, Joe will learn that it comes at a price that can no longer be negotiated. 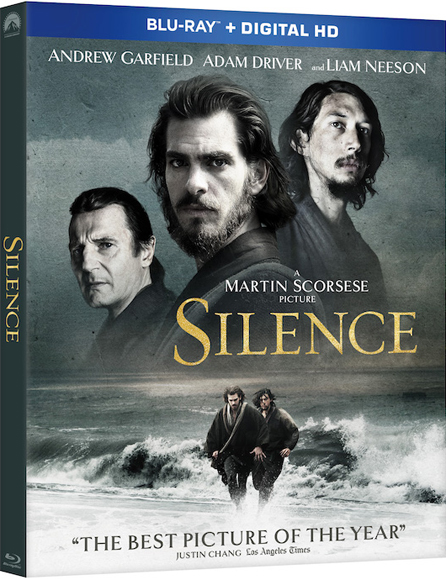 This spiritually provocative 28-year passion project from Scorsese reinforces his place in the pantheon of great directors.  The story focuses on two Christian missionaries (Adam Driver and Andrew Garfield) who travel to 17th century Japan in search of their missing mentor (Liam Neeson) when Christianity was outlawed.  The men are captured and imprisoned.  Both men are plunged into an odyssey that will test their faith, challenge their sanity and, perhaps, take their very lives.  Widely praised as a film for all time, Rolling Stone said this is “essential filmmaking from a modern master”

The Blu-ray Combo Pack includes “Martin Scorsese’s Journey into Silence,” an in-depth exploration of the director’s quest to make this extraordinary film, which is packed with in-depth interviews and behind the scenes footage.  In addition, the film’s stars, Andrew Garfield, Liam Neeson and Adam Driver, discuss how they prepared for their roles, as well as their favorite moments on set.  Recommended.  Paramount Home Media Distribution.  Blu-ray.