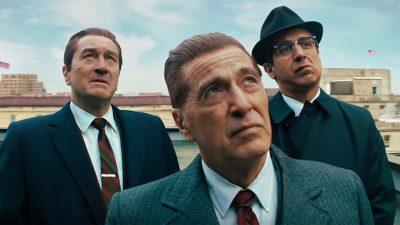 Martin Scorsese’s new three and a half hour biographical American crime drama written by Steve Zallian, based on the book  “I Heard You Paint Houses: Frank ‘The Irishman’ Sheeran and the Inside Story of the Mafia, the Teamsters, and the Final Ride by Jimmy Hoffa” by Charles Brandt.  The film stars Robert De Niro, Al Pacino, Joe Pesci, Bobby Cannavale, Harvey Keitel, Anna Paquin and Ray Romano.

The film harkens back to Scorsese’s best work when mobsters and wise guys schemed, connived and killed. 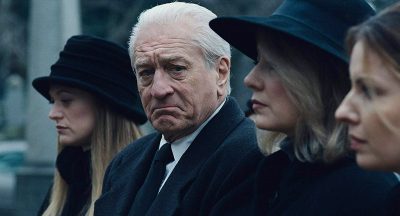 The story, essentially the adult life of Frank Sheeran (Robert De Niro), covers decades and is told in flashbacks — the anti-ageing computer technology is a wonder — as he reminisces in a care facility.  We first meet him as a truck driver in Philadelphia who teams up with one gangster Russell Bufalino (Joe Pasci) and then others like Angelo Bruno (Harvey Keitel) before becoming a bodyguard to Jimmy Hoffa (Al Pacino.

This truly riveting gangster epic is at time both heartbreaking and hilarious but beyond that it is a profound meditation on life’s vagaries including guilt and redemption. 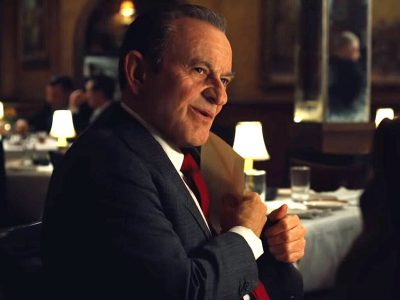 De Niro is extraordinary as the WW II veteran reflecting on his life, his hits, and his involvement in the 1975 disappearance of his dear friend teamster boss Jimmy Hoffa.  On many levels, this is Scorsese’s most spiritual film and deeply humanistic film.  When the curtain starts to fall on life’s last scenes, all we have are the residue of our memories.  Watching this compelling film, I was reminded of the saying that “grief is the price of love.”  If that’s true, what is the price of regret, guilt and betrayal?   The answer is written on De Niro’s face in this unforgettable film.  And that’s why he’ll win a Best Actor award when the Oscar’s are handed out.

This mature and melancholic masterwork is arguably among Scorsese’s very best work – maybe his best.  When the awards are dolled out, I predict this one will receive a bundle.  Recommended.  In theaters and streaming on Netflix. 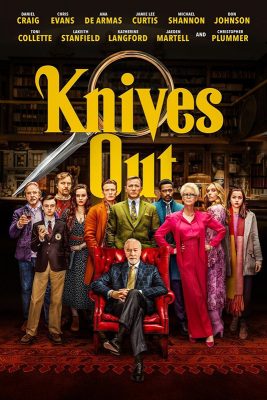 This is a fun and very contemporary American murder mystery where everyone from Harlen’s dysfunctional family to his devoted staff is a suspect.

Daniel Craig’s suave Detective Blanc sifts through a web of fed herrings and self-serving lies to uncover the truth behind Harlan’s untimely death.  Can you figure out who did the dirty deed and why before Detective Blanc?