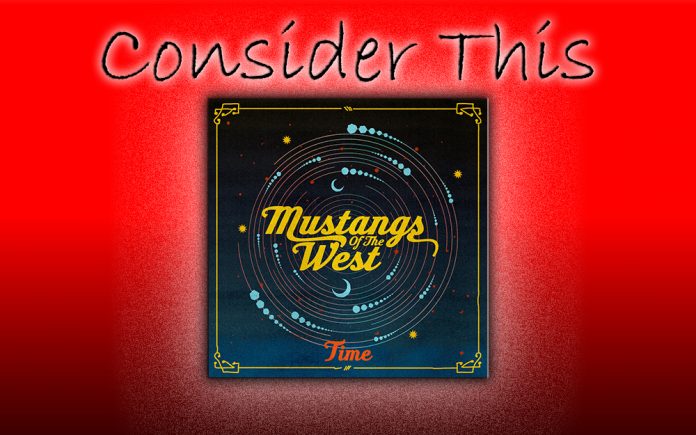 Country Music got its start in the Southern states, but thanks to the Dust Bowl diaspora and the Great Depression, the genre found a second home in California. Both the oil and agricultural capitol of Bakersfield and glittery movie colony of Los Angeles became bastions of Country sounds.

Rick Nelson had grown up in public, found fame on his parents’ TV series and parlayed that into a music career. By the mid ‘60s, his Rockabilly Roots sound was laced with Country accents. Mike Nesmith also became a household name via television as part of “The Monkees.” But the Texas transplant was a serious musician and quickly chafed at the restrictions and ridicule he suffered as one of the “Pre-Fab Four.” He slipped as many of his own compositions as he could onto Monkees albums and Linda Rondstadt scored her first hit with his song “Different Drum.” Pretty soon his own solo efforts bore his signature Twang-Rock style. Georgia native Gram Parsons grew up in Florida and matriculated at Harvard for a bit before finding his niche as part of L.A.’s Rock N’ Roll demi-monde. Joining the Byrds in 1968, he completely recalibrated their Folk-Rock sound, adding fiddle, banjo and pedal steel. After leaving the band, he teamed with ex-Byrd Chris Hillman formed The Flying Burrito Brothers. Soon after, he discovered Emmylou Harris and incorporated her voice into his short-lived solo career. Sadly, Gram died of a drug overdose in Joshua Tree in 1973.

Progenitors like Rick, Mike and Gram, paved the way for the Countrified Rock of Linda Ronstadt, Eagles, Jackson Browne and Poco. That music dominated airwaves during the ‘70s until the more outlier elements of Disco and Punk took hold. By the early ‘80s, those bucolic styles took a backseat to the Day-Glo sound of New Wave and the acrid decadence of Hair Metal.

Although it was marginalized, Country continued to influence even the crustiest Punks. L.A. bands like X, The Blasters began to explore rootsy antecedents. Tony and Chip Kinman, shapeshifted from the spit n’ safety pin style of the Dils to full-tilt Honky Tonk as Rank And File. Pretty soon all kinds of Los Angeles bands added a little hitch to their giddyup. From The Rave-Ups and Lone Justice to Sweethearts of The Rodeo and The Beat Farmers, they ushered in a new genre, dubbed Cowpunk. Although they never received national exposure, The Mustangs were part of that thriving L.A. scene.

The nucleus of the band, guitarist/vocalist Sherry Rayn Barnett, lead vocalist/guitarist Suzanna Spring and bassist Holly Montgomery became a part of The Mustangs (there were a lot of line-up changes in the early days), back in the ‘80s. The distaff outfit immediately began playing locally. Paying their dues, the band landed gigs at venerable L.A. venues like Club Lingerie, Genghis Cohen, Largo, The Music Machine, as well as the ne plus ultra Country Rock club, The Palomino. They also shared stages with artists like Rosie Flores, Jim Lauderdale and Lucinda Williams.

Although The Mustangs only recording is a self-released EP they sold at their shows, they still managed myriad world tours opening for Bluegrass legend Bill Monroe and disparate acts like Edie Brickell and Brian Setzer. They even played at Pappy & Harriet’s when the high desert juke joint was it was still owned and operated by Harriet Allen.

In the mid ‘90s, The Mustangs decided to hang up their spurs. Sherry quickly stepped into a second career as widely published music photographer. She also managed to sit in with friends and played with an alt. ukulele band for seven years, bending classic songs by David Bowie and Led Zeppelin, among others, toward four-stringed arrangements. Holly relocated to the DC area, where she concentrated on raising her three adopted kids. She still found time to form her own band and record two albums of solo material with a third on the way. Meanwhile, Susanna moved to Nashville and wound up with a career as a well-respected staff songwriter for Bluewater Music publishers.

Throughout the years, the three remained in touch, continuing to bounce song ideas off each other. When everyone was back in Los Angeles, they decided to re-boot the band. First, they recruited Suzanne Morrisette Cruz on drums, percussion and vocals, as well as multi-instrumentalist Aubrey Richmond who provided fiddle, mandolin, ukulele, organ and vocals. With these new additions it only seemed right that this 21st century edition of the band should recalibrate their name, so they became Mustangs of The West.

Once they signed with Blue Elan Records, they connected with veteran producer Mark Howard (Bob Dylan, Emmylou Harris, Willie Nelson, the Neville Brothers and Lucinda Ronstadt, to name a few), and headed into the studio. The result is Time, as in, it’s about time they finally made a full-length album.

The album opens on a tender note with “Long Gone Down The Road.” Acoustic and electric guitars lattice over keening fiddles, tart mandolin thumping bass and a do-si-do rhythm. Trenchant lyrics advise only time and distance can heal a broken heart; “The way we were in better days is just a blur, here on the highway/I want to look back, but I won’t, till I’m long gone down the road.”

Several songs on the record match catchy songcraft with sharp instrumentation and soaring soral harmonies. Take “How Blue,” sugar rush acoustic licks sidle around prickly mandolin, sawing fiddle, taut bass lines and a crackling beat. The lyrics take a reckless Romeo to task; “You keep tellin’ me I got the right stuff, guess you don’t think I’ve been knocked around enough/You keep actin’ like you haven’t won yet, tell me, how blue do I have to get, how blue do I have to get?” The shuddery electric guitar solo on the break shares some musical DNA with “Lyin’ Eyes” from the Eagles.

Fiddle and guitar intertwine on the opening notes of “Dancing On The Moon.” Here true love becomes a casualty of youthful ambition. Something of a lovelorn lament, aching harmonies ponder the road not taken; “Life is all hard choices, and it’s living with the ones you made/I just heard other voices, but I still wonder what if I had stayed.”

The script is flipped on “You Haven’t Seen This Part Of Me Yet.” Even as throbbing bass lines and rattlesnake percussion bookend dulcet harmonies and shimmering acoustic guitars, the lyrics attempt to convince an old friend that real romance is right in front of them; “Sometimes I wonder if you see me at all, I’ve been right here loving you all along/Waiting and hoping you’ll see who I am, the fire beside you, a forever friend, you haven’t seen that part of me yet, no, you haven’t seen that part of me yet.”

Meanwhile, “Do The Math” is a tensile rocker. Squally electric guitar rides roughshod over ricocheting bass lines and a rattle-trap beat. Lyrics insist on a little more than instant attraction or chemical reaction. The sum must equal the parts; “One and one sometimes equal one, two and two sometimes equal one/One and one are one when love is fun, two and twos stay one when love is done.”

Although Mustangs of The West had a surfeit of original material to choose from, they’ve salted the mix with a few outside compositions and the results are flawless. “This Is Me Leaving” weds willowy fiddle, jangly guitars and a tick-tock beat to sparkly harmonies. The lyrics issue a stern edict of romantic emancipation; “This is me leavin’, leaving while I’ve got my pride, this is me leavin’ you can’t take the tears I cried/There are some horses, baby, that you just can’t ride, this is me leavin’ leavin’ while I’m still alive.”

Aubrey handles lead vocals on both “I Blame Love” and “In The Real West.” The former is a tough-minded rocker that could easily sandwich between Heart and Pat Benatar on any AOR radio playlist. Searing guitars skitter and shapeshift atop angular bass lines, spikey keys and a jittery rhythm. Succinct lyrics unravel the mystery of heartache; “I blame love, I blame tenderness…for promising me heaven just to kill me with a kiss.”

The latter was written by San Antonio songstress Tish Hinojosa. The Austin-based singer-songwriter also began her career in the ‘80s, managing to meld Folk, Country, Rock and the traditional Mexican music of her childhood into a seamless blend. A rollicking two-step, it’s equal parts torch and twang. Anchored by fluttery acoustic guitar, gritty bass, reverb-drenched electric riffs, high lonesome pedal steel and a boomerang beat. Aubrey and Suzanna trade verses, each singing the praises of the authentic cowboy way. The song rides into the sunset with a bit of yodel-tastic vocalese.

Other interesting cuts include the romantic see-saw of “A Little Undone, the dashed dreams of “Potter’s Field” and the melancholy title track which is suffused with regret. The album closes with “Seven Summers” a restless farewell to an absentee dad. Wistful and bittersweet, it’s shot through with tenderness and mercy.

This record deserves a place on the shelf next to albums like Trio, from Dolly, Emmylou and Linda,” Rosanne Cash’s King’s Record Shop as well as recent additions from First Aid Kit and Larkin Poe.

To say time has been good to Mustangs of The West is more than an easy pun. The five-piece have all weathered life’s highs and lows in one way or another. Musically, they have rebounded with style, grace, grit and gravitas.