It’s impossible to see every film released in 2015 and still have a life, but when I think of movies that connected with me on some deep or visceral level, these are the first ones that come to mind. There are at least a dozen more titles that caught my fancy. And a bunch that were disappointing. More on those later. 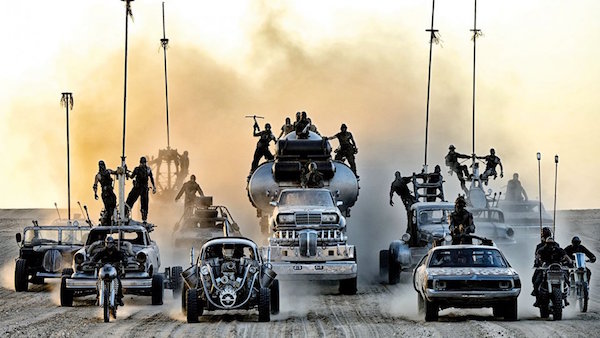 Dr. George Miller finally gets to reboot his original apocalyptic vision with all the practical know-how and financing required. His stunning, visceral, cinematic masterpiece works on many levels, but make no mistake –- this is pure cinema at it’s best. I liked the feminist conceit that gives a ray of hope to our collective future. 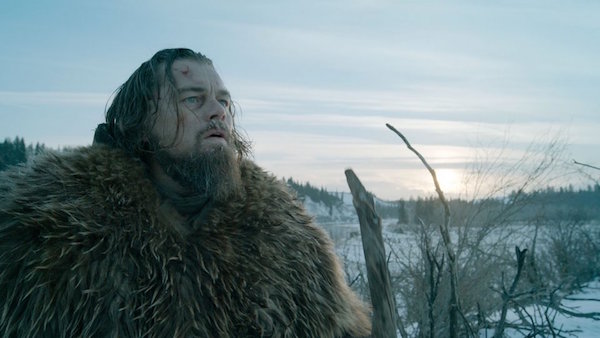 Set in 1820s North Dakota during the winter, the true, extreme wilderness adventure of Hugh Glass as chronicled by novelist Michael Punke explodes on the big screen under the direction of Alejandro G. Inarritu. But it’s cinematographer Emmanuel Lubezki who makes the flowing, harrowing, and available light images hyper real. Leonardo DiCaprio plays Glass whose incredible journey of revenge after being attacked by an enraged mama grizzly, robbed, abandoned and left for dead has been filmed several times before, but never like this. 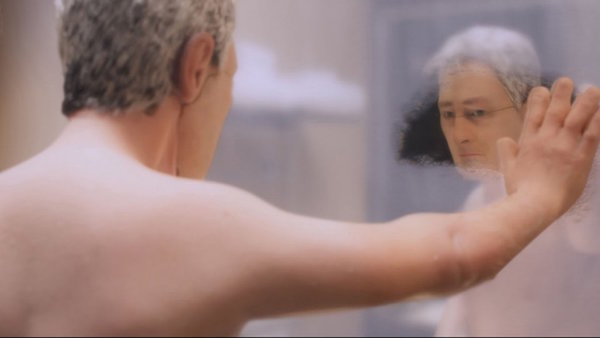 Not for everyone but clearly a work of weird, unsettling art. Screenwriter Charlie Kaufman and animator Duke Johnson share directing credits in this eerie and uncomfortable stop-motion dream-like story about a traveling, lonely Customer Relations author and lecturer who seems to be unable to really connect with anyone while staying at the Al Fregoli Hotel (Google “Fregoli”). Does he think everyone he encounters on a business trip is the same person? Is he mentally ill? You will probably say “Huh?” when it’s over but you will think about this one for a long, long time — no matter how hard you try to forget. The nicely nuanced voice acting by David Thewlis and Jennifer Jason Leigh is spot on. 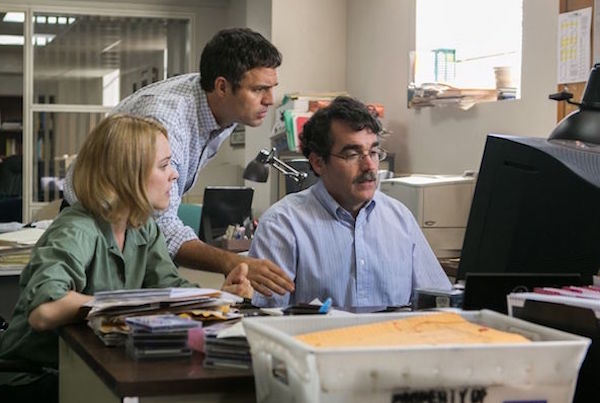 Director Thomas McCarthy perfectly captures the process of the Boston Globe’s investigation regarding the local Catholic Archdiocese’s cover-up of child sexual abuse.  A great ensemble cast gives heft to a true story of evil in the name of God that ripped the global Catholic church to it’s cold institutional heart.  This fiercely moral film is not only about the necessity of a free press, but also the power of movies. 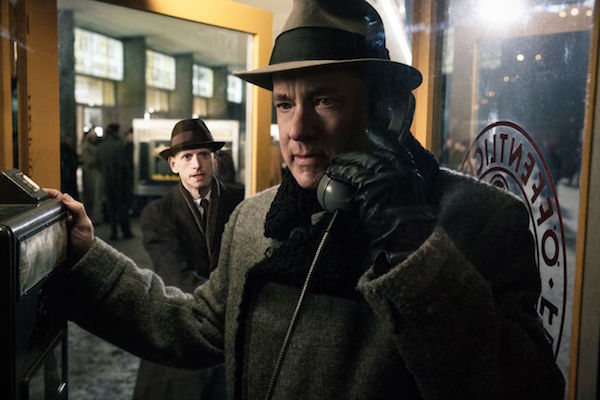 I know some stunning elements of this story that are not included in this wonderful early 1960s true story about James Donovan (Tom Hanks), an average American insurance lawyer, who rises to the occasion when the CIA recruits him to represent an arrested Soviet spy in an increasingly complicated Berlin exchange for downed American U-2 pilot Francis Gary Powers. Never-the-less, I was caught up in Stephen Spielberg’s drama and even more so in the mood of the times and the Cold War period detail. 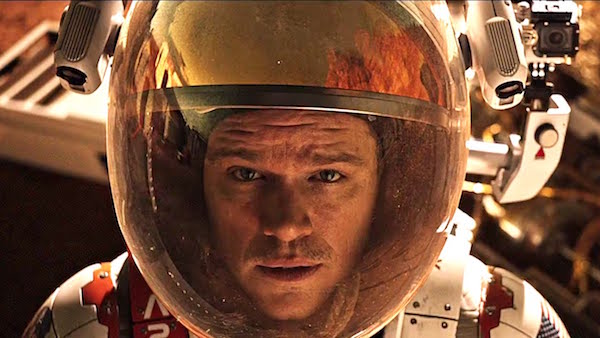 I was caught up in Ridley Scott’s “Home Alone in Space” adventure about a strong-willed, exceedingly clever, American astronaut (Matt Damon) inadvertently stranded on Mars. With wit and a never-say-die attitude, he vows “to science the shit out of” his desperate situation while the world watches. A hugely entertaining, great looking, feel good movie that never patronizes.

I am especially fond of movies that go way beyond the poster and the trailer. And I loved the explosive action – especially the over-the-top scene in a corrupt church. Unlikely Colin Firth is the dapper and very deadly super spy in Matthew Vaughn’s witty story about the recruiting of a young trainee. Full of very dry wit, twists, surprises and eye-popping violence that’s organic.  A sweet homage to classic early Bond films. 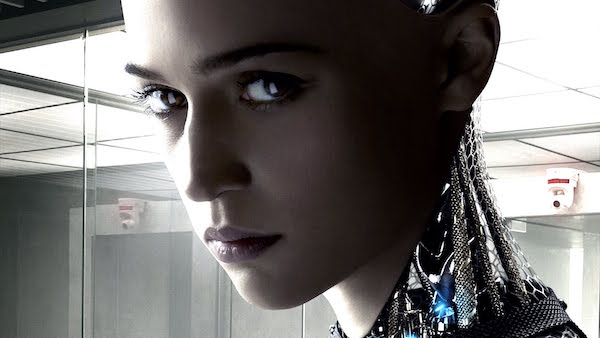 Alex Garland makes a big impression with his intriguing sci-fi directorial debut. Beautifully composed images and superb effects remind of the era upon which we all sit on the brink – true artificial intelligence that comes with the overwhelming question: What Does It Mean To Be Human? Alicia Vikander, who is so good in the otherwise disappointing THE DANISH GIRL, is mesmerizing as a dangerously smart and alluring – no, make that seductive — robot.

I laughed out loud during this absurd and somehow endearing film based on the internationally best-selling novel by Jonas Jonasson. Here’s the premise: As a kid, Allan Karlsson always liked to blow things up. Now the 100-year-old explosives expert lives in a retirement home.  He escapes and goes on an amazing, Zelig-like adventure. 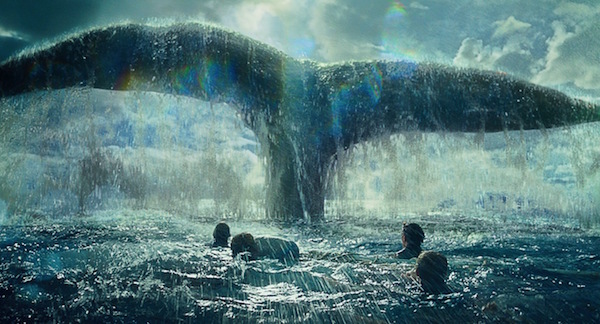 IN THE HEART OF THE SEA

Herman Melville’s partial inspiration for Moby Dick is set in 1820. It begins when whalers played by Chris Hemsworth, Benjamin Walker, Cillian Murphy board the Essex and soon fight a terrifying battle for survival when a gargantuan whale enacts revenge on their ship leaving them adrift very far from their Nantucket home. In my opinion, what this striking movie is really about, and why it’s an especially compelling film, is the how far we humans will go to get oil and the sometimes unthinkable results of upsetting the natural order of nature and man. Or at least that’s my take on Ron Howard’s cautionary and relevant tale. 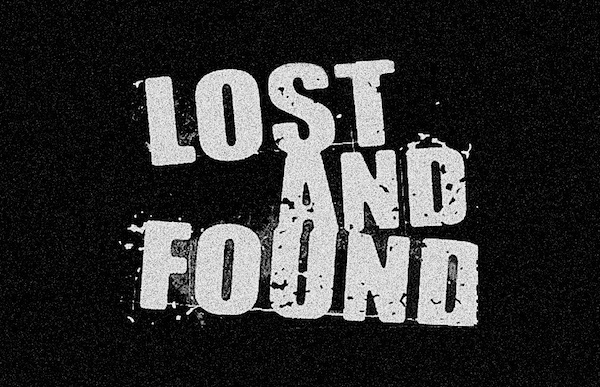 I can’t get this short student film out of my head. It’s about a jogger who finds a valuable package hidden under a bush a mountain trail. After much anguish and in an effort to do the right thing, he turns it into the police, only to suffer unexpected consequences. I hope the young filmmaker Elijah Simmons and his team expand this dark premise to it’s full potential. 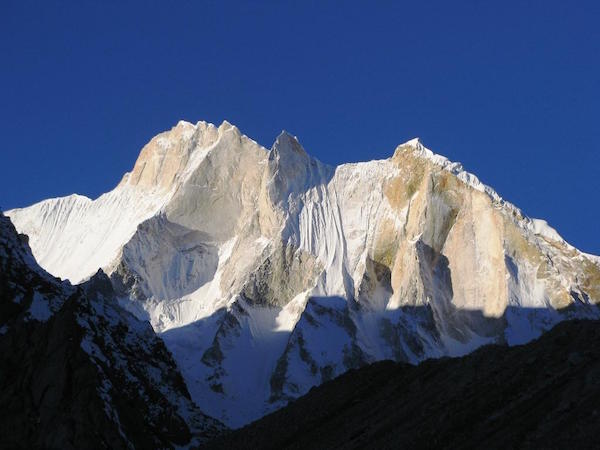 My palms got sweaty watching this heart-stopping, big-wall climbing documentary adventure. The “Shark’s Fin” on Mount Meru sits 21,000 feet above the Ganges River in Northern India. For some of the world’s toughest climbers it’s an “irresistible nightmare.” In October 2008, Conrad Anker, Jimmy Chin and Renan Ozturk arrived in India to tackle Meru. Their carefully planned seven-day trip quickly becomes a 20-day death-defying trek in below zero temperatures with diminishing rations. They make it to 100 meters of the elusive summit, but their journey, like everyone before them, is not a successful. Heartbroken in defeat, the trio returns to their ordinary lives. But Meru continues to haunt and call Anker. By September 2011, he convinces his two lifelong friends to undertake the “Shark’s Fin” once more, under even more incredibly unthinkable circumstances than their first attempt. MERU is the true documentary record of that journey. I can’t think of another movie that so perfectly captures the surreal landscape between conquering one’s demons and satisfying one’s desires.  This extraordinary, exhilarating and terrifying film will likely be on the short list of Best Documentaries. 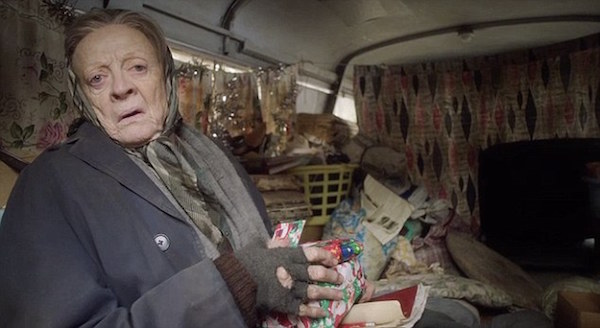 THE LADY IN THE VAN

Director Nicholas Hytner’s film recounts the true story of the odd “relationship” between author Alan Bennett and the fiercely independent Miss Shepherd, a woman of nebulous origins who parks her van in Bennett’s London driveway, only to live there for the next 15 years. The movie goes on a bit long but to say Maggie Smith’s Shepherd is unforgettable is an understatement.