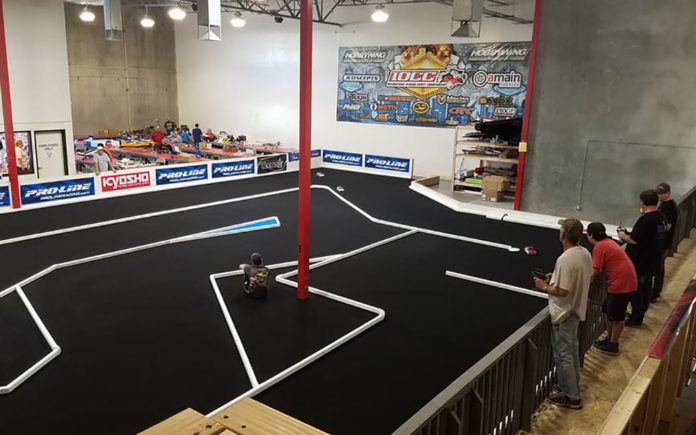 CTS3 will bring over 100 of the top R/C on-road drivers from around the country to the Coachella Valley for the 2-day event. Open Practice for the race opens on Friday, February 9th from 10am to 6pm. Controlled Practice and Racing will be from Saturday and Sunday from 7am to 6pm. Food and drinks will be available all day during Saturday and Sunday’s event. Locals are encouraged to come by free-of-charge to watch and cheer on their favorite R/C driver and team during the event. 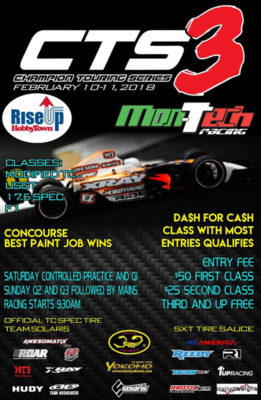 Champion Touring Series R/C On-Road Racing is in its 3rd season for 2018 and it has become one of the most popular radio-controlled on-road car racing series on the West Coast. The series visits seven tracks from California to test the skills of the R/C racers over a wide range of track conditions. The series features many different on-road classes such as Touring Car, Formula 1, and USGT for the novice to the expert racer alike.

“I’d like to thank Rise Up HobbyTown for hosting the season opener for the 3rd season of Champion Touring Series (CTS). I’m very excited to bring the series for the first time to the Coachella Valley and looking forward to an awesome event,” says Lex Tyler, race promoter and organizer for CTS.

Rise Up HobbyTown is open Monday through Saturday from 10am to 6pm and Sunday 12pm to 5pm. R/C track is open daily to the public. Practice costs $15 per person and racing is $20 per class. Rentals start at $20 per hour (available on first-come-first serve basis). Off-road and on-road practice and racing will vary between dates and times. Custom birthday and special event packages with food and beverages are also available.

For more information about Rise Up HobbyTown, check out @RiseUpHobbyTown on Facebook or Web Site located at www.RiseUpHobbyTown.com. Jon Vandermolen can be reached by calling (760) 345-8808 or emailing jon@riseuphobbytown.com.