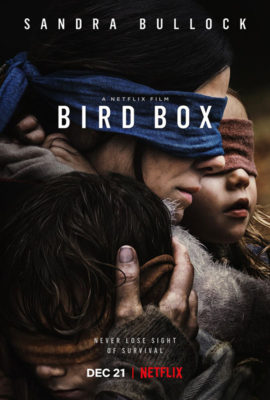 I am amazed at the meme driven notoriety Susanne Bier’s moody, apocalyptic horror tale has so swiftly acquired on social media.

More than 45 million Netflix subscribers have already seen the global phenomenon in the first seven days of its release!  Even the Monrovia home used in the movie has been over-run by tourists and visitors scrambling to get the perfect selfie, blindfolded of course.  No question the film triggers shudders and chills — but sadly, it never fully satisfies.

Like A QUIET PLACE, it’s about voluntary sensory deprivation.  This time around, it’s about fighting monsters you can’t see – until it’s too late.

Sandra Bullock produced and stars in this tense and puzzling thriller that at its core is about responsible parenting.

At its start, all we know is that something has laid waste to earth’s population.   Worse still, this unknown force will kill you if you see it! 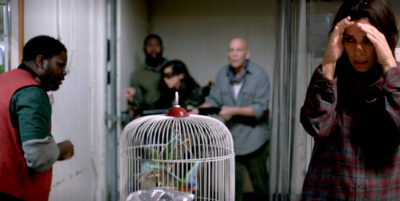 Facing the mysterious and deadly unknown, Malorie (Bullock) finds a new beginning of love and hope that quickly unravels.  She flees down a treacherous river with her two children to the only place left that may offer safety.  But, in order to survive, they’ have to make the dangerous journey blindfolded.  Academy Award (R) winner Bullock leads an all-star cast that includes Trevante Rhodes, Sarah Paulson, and John Malkovich.

Post-apocalyptic thrillers with supernatural overtones are a genre unto themselves, but riffing on the legend of Medusa, where death visits anyone who looks upon the source of evil almost works here, but one cannot help but imagine what could have been had the rich potential of the premise not been squandered.

Admittedly, this is one of those movies you have to see if you want be part of the current pop culture conversation that will soon evaporate.  Streaming now on Netflix. 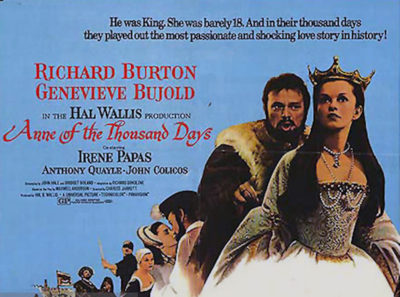 Directed by Charles Jarrot, this lavish Hal Wallace production nominated for 10 Academy Awards© (including Best Picture) is now available for the first time on Blu-ray.

Critics and fans loved this tremendously satisfying and intimate grand-scale epic that boasts lavish costumes and sets but does not sacrifice the personal details, machinations and emotions of the principle characters. in this rousing, bawdy historical drama of the royal bedchamber and political intrigues that created the Church of England and caused the final break with the Pope and the Church of Rome.

Don’t miss enjoying again (?) this beautifully crafted historical drama that has never looked better, especially if you have a 4K UHD player and TV that automatically upscales everything the screen displays.  Twilight Time Movies Limited Edition (only 3,000 units).