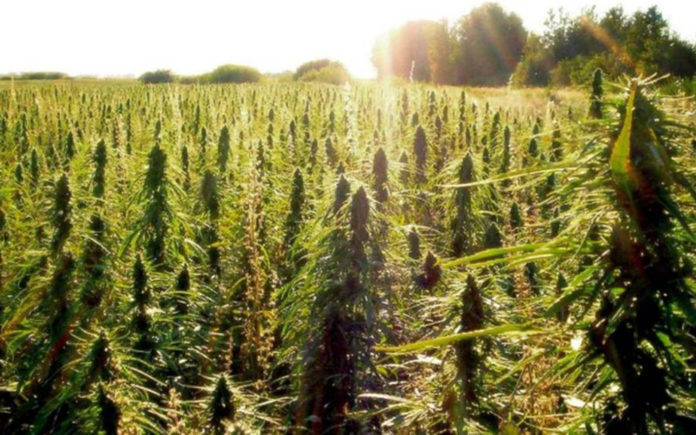 A study published in the latest JAMA Internal Medicine journal is exciting. Analyzing Medicare expenditures showed that people over the age of 65 have had a 16% reduction in opioid use in states that have legalized marijuana. “They estimate that these dispensary programs reduced the number of opioid prescriptions by 3.7 million daily doses. States that allowed homegrown marijuana for medical use saw an estimated 1.8 million fewer pills dispensed per day.” To put that in perspective, the researchers say, from 2010 to 2015 Medicare recipients received an average of 23 million daily doses of opioids.  https://jamanetwork.com

The University of Kentucky College of Public Health in another study in the same journal article used Medicaid data. The authors write, “laws that permit both medical marijuana and recreational marijuana for adults have the potential to reduce opioid prescribing for Medicaid enrollees, a segment of population with disproportionately high risk for chronic pain, opioid use disorder and opioid overdose.”

Now that is something to celebrate amongst all the media’s attention on the opiate crisis. This was all done by the pioneers who spoke up and are sharing the power of The Sacred Plant. I hope my readers are becoming aware of the videos from The Sacred Plant. America’s exceptional ability to change policy and laws is still behind other countries as both England and Israel are using medical cannabis in their hospitals and it is legal to conduct studies on their citizens.

The Senate, on Thursday June 28, 2018, passed the farm bill that legalized the production of industrial hemp. Now the bill is to be reconciled in the House. McConnell wants to legalize the production of hemp nationally. Hemp is still barred due to it containing THC the psychoactive molecule of cannabis. See leafly.com

GW Pharmaceuticals made history in June when the FDA approved the first cannabis plant based cannabidiol (CBD), called Epidiolex. Cannabidiol is used for the treatment of intractable seizures in children ages 2 to adult. Now children diagnosed with Dravet or Lennox-Gastaut syndrome can purchase this Epidiolex in a pharmacy. GW as well as studies by neurologists at UCLA Medical Center demonstrated, an 85% reduction and a 14% elimination of seizures.

The flood gates are open for pharmaceuticals to push developments of their biosynthetic cannabinoid drugs. It remains to be seen whether a biosynthetic drug can be as effective as the plant is in treating other disease entities as TCH and the terpenes in the plant produce an entourage effect needed for efficacy.

How does CBD reduce seizures? The endocannabinoid system is deficient in a person with seizures. (endo means in our body naturally, Phyto means ingestion of a cannabinoids from outside the body). Cannabis CBD is the phytocannabinoid that replaces 2-AG, the endocannabinoid CBD our body naturally produces. CBD modulates the flow of calcium and potassium ions in neurons that reduce the excitability of the neuron, suppresses glutamate activity which causes neuronal excitation, and reduces neruoinflammation.

Both Epidiolex and antiepileptic drugs (AED) in the body at the same time can be toxic. They are both metabolized in the liver by an enzyme called P450. Physician monitoring is mandatory as the AED will need to be adjusted. Seizures currently being treated are using a 20:1 or 30:1 ratio of CBD:THC. CBD in cannabis also improves the cognitive impairment. This may be due to the terpenoid beta-caryophyllene which has potent anti-inflammatory properties and works synergistically with CBD.

Patients using CBD-rich chemovars to treat seizures include Charlotte’s Web, AC/DC, Canna-Tsu, Harlequin and Cannatonic. (Goldstein Cannabis Revealed 2016). It will be exciting to see how Epidiolex is disseminated along with other biosynthetic drugs that may also have TCH. The current TCH (dronabinol) approved by the FDA is a synthetic. Synthetic TCH is a complete agonist meaning it binds completely with the CB1 receptor. It has longer and more potent effects on the body. (see https://cannabis-md.com/synthetic-cannabinoids-not-synthetic-marijuana/) The THC in the plant is a partial agonist and the combination of CBD and terpenes mitigate the harmful effects associated with THC.

Have a safe happy 4th of July celebrating our freedoms.

Contact Ruth Hill at hilruth@gmail.com with a question or article you want written on cannabis.