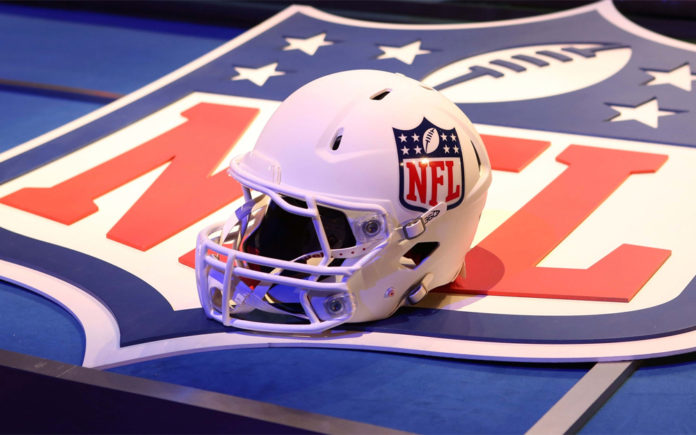 Every team scouts the free agent market. Most teams have holes, lack depth, or just want to inject a new face in their lineup. Some free agents come with little risk. They have been consistently productive and healthy and there are no signs that anything will change in a new city. Other free agent signings are a gamble. A lot of players tend to really raise their game when they are in a contract year which is understandable. Money is the ultimate motivator. Time and time again, football fans see players have a one-off great season, ink a huge deal, and then proceed to underachieve. Here are a few guys that might not perform to expectation after signing with new teams as free agents.

At 5’11” and 189 pounds, 26-year-old Markus Wheaton is entering his 5th season after spending the previous 4 in Pittsburgh where he collected 1,508 yards and 8 touchdowns in 47 games. He played in just three games last year before a shoulder injury ended his season. With Alshon Jeffery’s departure, the Bears threw a whole lot of money at Wheaton who looks to be their number three receiver. It is a 2-year deal worth $11 million with $6 million guaranteed. He’s earning close to the same amount as guys like Terrelle Pryor and Mike Evans but there’s no way that Wheaton will have numbers anywhere near what those guys will put up.

He’s played in 21 games, connected on 374 of 630 passes for 4,100 yards, and hit the end zone 30 times while tossing 15 picks. This earned him a $45 million three-year deal with the sad-sack Chicago Bears. Don’t expect too much out of this guy who could very well find himself on the sidelines as Mitchell Trubisky awaits his shot at leading this terrible offense.

The Jets have struggled to find consistency at the quarterback position for a few years now and they found themselves entering the 2017 season without any good options to fill the void. Enter perennial backup Josh McCown who signed a 1-year $6 million deal. Granted, it’s not like the Jets are hanging their future on this guy nor did they spend a fortune to land the 38-year-old but they can’t possibly be expecting him to succeed with such an anemic offense.

It’s a good thing that Russell Wilson is an agile quarterback because a lot of slower guys would get pummeled behind that weak offensive line. The Seahawks handed Luke Joeckel a one-year $8 million deal and they are taking their chances. The 25-year-old has missed large chunks of his first 4 seasons due to injury and he hasn’t lived up to the hype that surrounded him going into the 2013 draft in which he went second overall.

There is quite a bit of pressure on Eddie Lacy as he takes his act to Seattle. The Hawks went through their share of running backs last year and never got their rushing game going. With Eddie Lacy on board on a one-year deal, Seattle obviously plans to once again make their running game a more prominent part of their attack. Lacy was undoubtedly a very good player when he broke into the league with Green Bay. He can still be very effective but he has had ankle issues in the past couple of years and he struggles with his weight. He already cashed in on one of his bonus clauses for weighing in at less than 250 pounds.

Julius Peppers will almost certainly be enshrined in the Hall of Fame. He is entering his 16th season and he’s got some very impressive stats under his belt including 143.5 sacks and 47 forced fumbles. One of the keys to his success is that he has been healthy throughout his career. At 37, how much does this guy have left in the tank? He had a pretty effective season last year and played like a man possessed during Green Bay’s 2016 playoff run. Carolina isn’t overpaying him by any stretch but they might be expecting too much.

This veteran quarterback hasn’t really had the benefit of playing on high-powered offenses and he now finds himself in San Francisco playing behind an offensive line that allowed 47 sacks last year. At least he has a couple of good receivers to throw to. Hoyer is the equivalent of a bandage on a gaping neck wound.