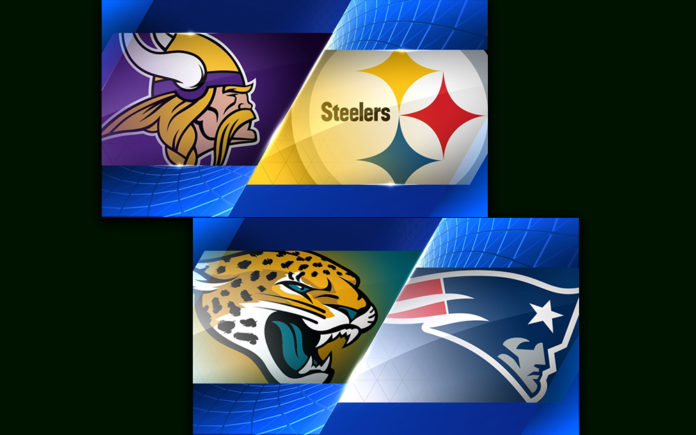 Four teams are left in the NFL playoffs, and only one boasts a top-tier quarterback.

The NFC Championship Game will feature a pair of journeyman passers in Nick Foles and Case Keenum. And instead of facing Ben Roethlisberger in a highly anticipated rematch for the AFC title, Tom Brady will be squaring off against Blake Bortles.

It wasn’t supposed to happen this way. Pedigree should have won out, right?

Keenum has played well this season after stepping in for an injured Sam Bradford, compiling a 11-3 record and leading the Vikings to the postseason. But beating out future Hall of Famer Drew Brees? He did it, connecting with Stefon Diggs for 61-yard touchdown pass with no time left – the first such walk-off in NFL postseason history.

Bortles is often regarded as one of the worst starters in the league. But he looked nothing like that Sunday as he made several key throws in the Jaguars’ 45-42 victory over Roethlisberger and the Steelers.

And Foles, thrust into the starting role when Carson Wentz tore his anterior cruciate ligament, passed for more yards than reigning MVP Matt Ryan (246 to 210) in a solid 24-for-30, interception-free performance. He then let his defense stifle Ryan and the Falcons in the closing seconds of the Eagles’ 15-10 win.

If the remaining quarterback picture was a March Madness bracket, you’d have a Final Four of Duke alongside Valparaiso, Middle Tennessee State University and Fresno St.

How, in this pass-happy league did these three teams manage to reach this point with average-to-subpar quarterback outlooks?

There’s a common thread or two here. The first has to do with the other side of the ball.

The Vikings, Jaguars and Eagles all boast defenses capable of producing game-changing plays. In both yards and points allowed, Minnesota ranks first in the NFL, Jacksonville second and Philadelphia fourth. The Jaguars and Eagles both rank among the top four in takeaways as well. On third downs, the Vikings, Eagles and Jaguars rank first, third and fourth.

That kind of support is huge for any offense.

Rookie running back Leonard Fournette ran for 109 yards and three touchdowns on 25 carries against Pittsburgh to pace the league’s top-ranked rushing attack. That kind of performance not only helps establish the line of scrimmage and keeps the defense from teeing off on the quarterback, but it also creates opportunities for the passing game.

Bortles was most effective on play-action passes Sunday. As defenders bit on the run, his primary targets came free for easier completions. A comparable dose of the run game created the same benefits for Foles and Keenum as well.

This approach wasn’t new for either team. All season long, the Jaguars and Vikings have relied heavily on the run to ease pressure on their quarterbacks. Then, their coaches find ways to help them get into a rhythm in the passing game.

Even the Wentz-led Eagles used the run to help establish the offense. But this element became even more significant once Foles took over.

Keenum has served as the poster child this season for what a strong defense, smart offensive coordinator and quality supporting cast can do for a quarterback. He was deemed ineffective in his run with the Rams and was considered simply a backup when he signed with Minnesota.

But now, as he has found comfort with the Vikings he has gone from game manager to legitimate threat as a passer.

Keenum now will be tasked with replacing that kind of output on the road against Foles and the Eagles, who boast their own strong defense and rushing attack.

Bortles faces the toughest task of the three in proving he can put together back-to-back quality games on the road while trying to keep pace with Brady. The Patriots will try to jump on the Jaguars early and force Bortles to play from behind. Abandoning the run and expecting the fourth-year quarterback to thrive in that situation might be too much to ask. But did anyone expect that he’d even get to this point in the first place?