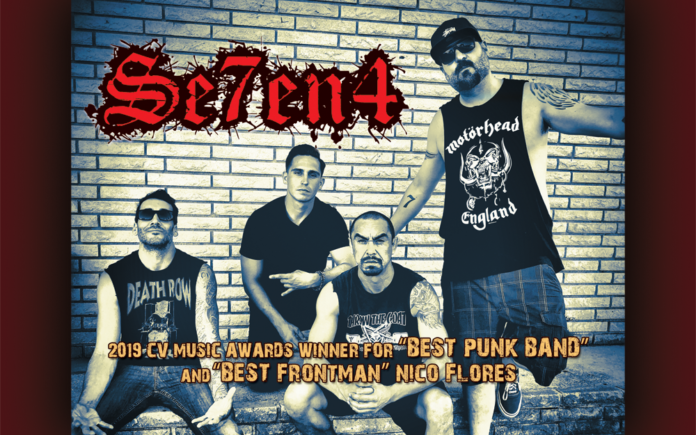 A Trip to His Brain

Just so you know, Nico Flores doesn’t do cake and ice cream for his birthday. What does the ‘Best Frontman’ of the ‘Best Punk Band’ in the Coachella Valley prefer? Cookies!

Flores took some time out from his birthday celebration, kicking it with family and eating cookies to talk to Coachella Valley Weekly.

Flores: “There’s two bands that I grew up listening to and the guys that inspired me to be a frontman, SNOT and (HED) p.e. We’ve opened for SNOT before and now I get to play with (HED) p.e., it’s a bucket list thing for me, I’m pretty fuckin’ excited! The Whisky just called us one day and offered us a direct support slot. The last time we played there was with PRONG. It was a sold-out show and we got to hang out with the band and Tommy Victor.”

CVW: It must be a challenge to be so separated by distance as a band. How have you made it work?

Flores: “Steve’s in Los Angeles, Trev lives in Santa Cruz, Chris is in Yucca Valley and I’m in Palm Desert. We’re all just keeping in touch on the phone. We rehearse at West L.A. Studios sometimes for four hours straight. Our last rehearsal was super-tight so now we come back with a set list and determine a song order and how we’re going to come out. Back in the day, when we were in our 20’s we would practice every weekend and it was fun. Now we all live in different towns. Now it’s an excuse to get together. We set it up, shoot the shit and goof around, get tight and happy with it.”

CVW: Your full-length album Let’s Get High and Fight was released in 2014 and has one of the best Rock songs to come out of the desert, Incomplete. How is the new Se7en4 music coming along?

Flores: “The newer music is a little more Punk. It’s a little faster and a little harder. Steve and I were listening to some of our older music and we talked about how we used to play fast shit all the time that was more Thrash and high energy. After this show we’re going to focus on new music and record a new album. Mikey Doling (SNOT, Soulfly, Channel Zero) has been bugging me and he now has a new studio. I’m excited. I think by the end of summer, we’ll have enough material.”

CVW: Congratulations on your ‘Best Frontman’ CVMA win. There’s definitely an art to what you do on stage. What drives you?

Flores: “I’m a fuckin’ old guy, these young guys need to step it up. I love doing it. Every artist must express themselves in different ways. It’s a great outlet for me. I love being up there. I love the energy the crowd gives back. It’s very rare that I’m not feeling it.”

CVW: Congratulations on your ‘Best Punk Band’ win also. Punk Rock has flourished in the desert.

Flores: “There’s a lot of great Punk bands out here. People continue to take notice. We haven’t been forgotten. It proves our antics are still appreciated. We stick in peoples’ minds. I’m grateful people still like us and come out to our shows and support. We have a great music community who supports each other, it’s super-fucking rad!”

CVW: Se7en4 does not perform very often and you’re not necessarily out there pining for support but when you do play it’s the stuff of legends and you have a huge turnout.

Flores: “We really don’t promote ourselves much. I feel the music and the show speaks for itself. It’s better than any photo shoot. The biggest compliment I get is when someone comes up to me after a show and says, ‘Hey man, I don’t even listen to music like that but that was awesome!’ I love that shit! There are the people who know what to expect to hear from us and then there’s the ones who are drawn in. It feels really good.”

CVW: What are your thoughts on the desert’s live music venues and those you have played out of the area? 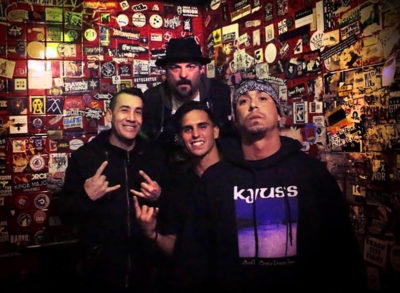 Flores: “We all know there aren’t many places to play out here. Every band performs when they can. Despite the lack of venues, the scene has grown so much, probably thanks to Phil Lacombe and Tracy Dietlin. There’s no negative playing out here. I love The Hood and I love Red Barn. We played Date Shed with HELMET before too! In L.A., Steve does all the leg work. He’s really good at promoting and has hooked us up with some killer shows. We’ve played at Rainbow Bar and Grill a few times, Whisky A Go-Go, the Key Club, Cat Club and Crazy Girls Hollywood where we blasted our music while these naked chicks danced all around us.”

CVW: How do you balance family, work and your passion for music?

Flores: “It’s surprisingly very enjoyable for me. I do work a lot. When you’re in a band you work a lot. My kids are rad! They are 4, 6 and 16 years old. My young ones know they aren’t able to listen to daddy’s band just yet, ha ha! Palm Desert is my home. I like playing out in L.A., but I love coming back to reality and just hanging out with my kids. I sit down and watch cartoons with my kids sometimes and I listen to all these theme songs to these cartoons. Wouldn’t it be rad if some local musicians got together to form a band just for kids’ parties and all we do is play the theme songs to cartoons like Duck Tales and Johnny Bravo?”

CVW: After it’s all said and done, where do you see Se7en4’s place in the history of music? 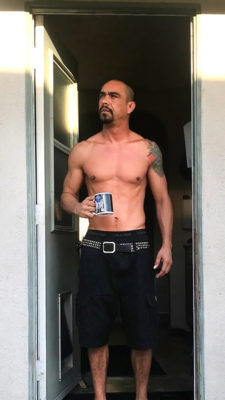 Flores: “I just hope we make it in the books and people are talking about us years from now. I remember when Mike Muir of Suicidal Tendencies used to dive off shit. I just want people to remember us and say, ‘those old dudes are bad-ass!’ We do this for fun and people like us. When we were young, we wanted to ‘make it’ and be rock stars. Now we’re just happy being the coolest dudes on the block.”

A not paid for advertisement from the Coachella Valley’s favorite frontman:

“Buy all your THC products at West Coast Cannabis Club Palm Desert and if you want to teach your kids self-defense, take them to Coachella Valley Judo and Brazilian Jiu Jitsu!”