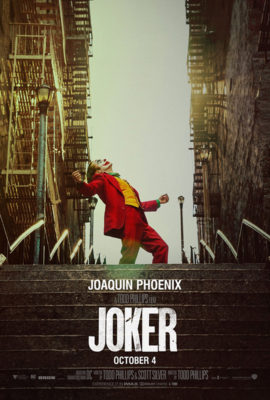 Two evil clowns dominate theater screens as the summer ends.  Both movies are worth seeing, Pennywise (Bill Skarsgård), the demon clown from Stephen King’s “It” novel, is clearly a supernatural entity from another realm.  But it’s Joaquin Phoenix’s portrayal of mentally ill, disconnected Arthur Fleck in Todd Phillip’s examination of a marginalized misfit that is truly the most bone chilling because Fleck is one of us.  He’s a human being.

Phoenix plays Fleck as a pathetic loner just trying to find his place in Gotham’s fragmented society.  By day, Fleck is a clown-for-hire — one of those faceless sign twirlers we see on street corners.  At night, Fleck attempts to be a stand-up comic, but he quickly discovers the jokes are always on him, it’s the story of his life. 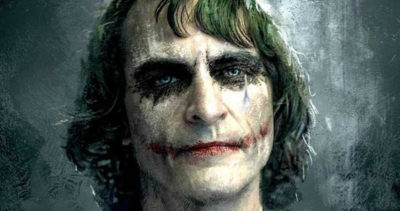 Phillips’ “Joker” is a brilliant stand-alone origin story not seen on screen or read before.

What makes this film as unsettling as it is engaging, is the empathy we feel for Fleck as he makes one bad decision after another while trapped – not really living — in a cyclic life of bad decisions and their escalating and awful repercussions.  This most welcome and gnarly look at Batman’s arch nemesis is an inspired and cautionary fable that fits like a puzzle piece in the chaotic jig-sawed picture of our bloody, contemporary American life. 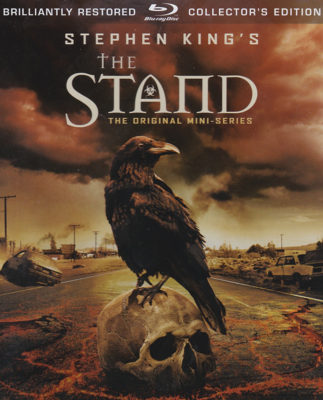 Stephen King’s groundbreaking apocalyptic mini-series based on his massive novel has been brilliantly restored in high definition with enhanced visual effects.  This edition features all four parts of the six-hour Emmy Award winning TV series.  The collector’s edition comes packed with special features, including audio commentary from Stephen King and director Mick Garris and a full-length behind-the-scenes featurette showcasing the making of the miniseries.

The movie follows a group of survivors after a deadly plague wipes out the entire population.  Those remaining must align themselves with either the forces of good, led by the fail 108-year-old Mother Abagail (Ruby Dee) or evil, a group steered by Randal Flagg (Sheridan) a man with a lethal smile.  The two sides face off in a climactic battle that will determine the fate of mankind and the world!  CBS/Paramount. 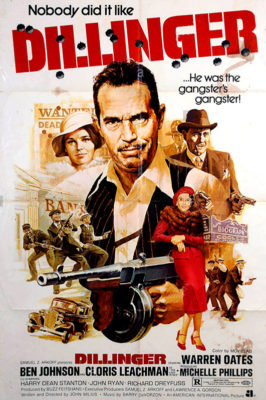 Warren Oates is memorable as the title character in this gripping, mostly true but underrated crime drama from writer-director John Milius.  The movie delivers lots of exciting gunplay and action set in an evocatively rendered 1930’s rural America.