Ever since I was a kid, the story of Noah and the Great Flood has been a source of fascination. And I’m not alone. After all, it’s the most-told story on the planet. By a casual count, there are about 200 independent “flood” stories that are organic to cultures both modern and primitive. Of course, Christianity, Islam and Judaism share the same core story. But was there a cataclysmic event at the far edge of history that accounts for all these rather similar stories about one family and the seeds of life surviving a deluge brought on by angry gods? And what does it mean? We still call big natural catastrophes like floods or earthquakes “acts of God” even though few of us believe it to be literal — or do we?

The intensity of the story is so persistent numerous expeditions continue to search for the remains of Noah’s ark on Turkey’s Mt. Ararat, the region of the Biblical landing place. During the 90s, I co-produced a segment of NBC’s popular “Unsolved Mysteries” on the subject and shot footage around Ararat and interviewed eyewitnesses who saw something huge and man-made that has been preserved in the permanent ice cap of Greater Ararat. I showed a special cut of this footage (RIDDLE OF ARARAT) at our local Short Film Festival a few years ago and was invited to show it in London. Both screenings got wide attention and drew full houses. What is it about this story that still resonates with us on such a deep level? 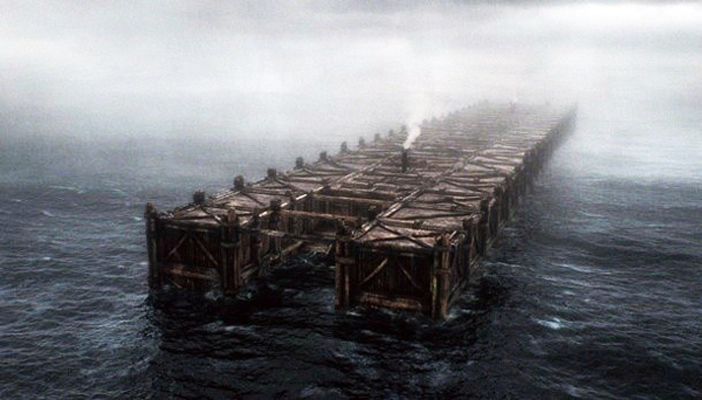 NOAH
Darren Aronofsky has been working on this film for 15 years in one form or another. He’s known as a visualist and uncompromising filmmaker who loves stories about obsessive loners who are compulsively driven to the brink of madness in their quest to find God. In NOAH, he has fashioned a $130 million epic film that reboots the Biblical myth with a bold look and modern sensibility. The film has already raised the ire of some conservative religious groups that think they have the only interpretation of this scriptural disaster story. They don’t. The power of myth is that it has relevance to each successive age and Aronofsky has delivered a film that’s a fine fit for the 21st Century as well as a great return to the popular Biblical epics of 50 years ago. 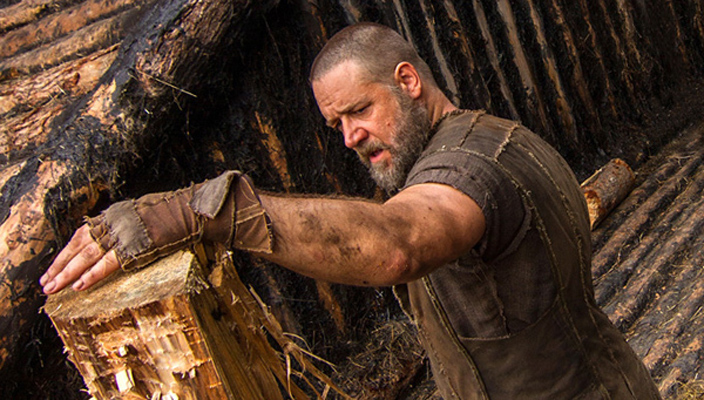 The fine cast features Russell Crowe, Jennifer Connelly, Emma Watson and Ray Winstone. Crowe is a wonderful Noah who may be fighting a private madness. He is a dark and intense protagonist full of existential angst. Who can’t relate to that? He does not exactly hear the voice of God, but get’s the message of his mission and the impending disaster in an acid-like dream. Anthony Hopkins is a scene stealing (and scenery-chewing) Methuselah who endorses his grandson’s dream. If there’s an antagonist, it’s Ray Winstone as Tubal-cain, an environmental raping leader of a rogue army who attempts to hi-jack the ark. There’s a terrific ten-minute battle sequence that looked like something out of Tolkien.

The production design and art direction throughout are superb and I liked the computer graphics that made the migration of the animals and the horror of the flood vivid and hyper real.

I hope this film makes big bucks so that other mythic and Biblical tales can be realized on the big screen with all the personal vision of artists like Aronofsky. In many ways, he’s the Kubrick of the 21st Century. 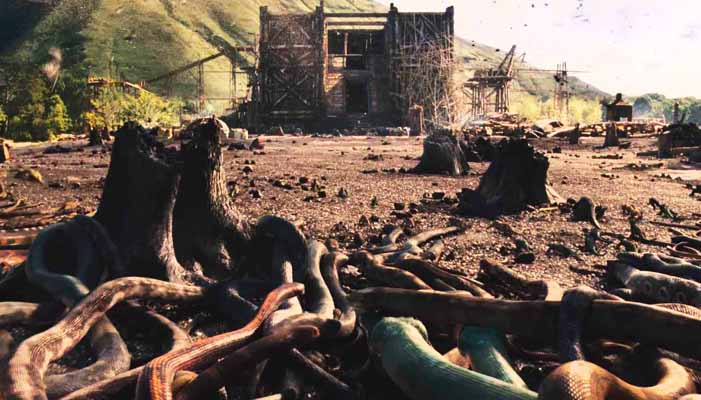 Forget the negative things you may have read or heard about NOAH. Be assured, it is not sacrilegious, even though it may not be what you expect, it is an authentic retelling of this ubiquitous, enigmatic and powerful story. For those conservative believers who are uncomfortable with the movie’s theme of environmentalism and stewardship of the planet, it might be helpful to read the Biblical book of Revelation that specifically damns those who “destroy the earth.”

But does NOAH have meaning? Well, that’s up to you. For me, it’s a potent reminder that we are one human family and the earth is our ark. No matter how you look at it, we are truly all in the same boat. But first and foremost, NOAH is a grand, big screen, spectacularly satisfying entertainment that dazzles the eye and provokes the mind. What more can you ask for? Now showing. Cinemas Palme d’Or.

I was riveted by this mind-bending, tantalizing documentary adventure into paranoia, madness, disinformation and UFOs. What I was ready to scoff at suddenly became a disturbing and not ironic look at how the government works at the expense of sincere citizens who seek answers. Mark Pilkington’s book to movie gets its online premiere March 27 via Yekra followed by expanded DVD release in June.

What makes this film especially compelling is the brief mention of NSA data collections and snooping as it pertains to a specific case.

Singled out is Richard Doty, former counter intelligence operative of U.S. Air Force Special Investigations (AFOSI). On screen, he claims to have spent much of his career spreading falsehoods about extraterrestrials. He admits to feeding false information to a Paul Bennewitz, a WWII vet and electronics expert who lived next to a USAF base in New Mexico and was concerned with what he saw and recorded. The government considered him a “useful idiot” and beamed fake alien messages into his house and planted bogus UFO wreckage in the hills nearby that he was allowed to see. The Government’s black propaganda efforts were apparently to conceal actual alien related research in an effort to make Bennewitz seem crazy. They succeeded in his case. The once sane Bennewitz eventually died in an asylum. Don’t miss this eye-opening film about the callous and despicable disregard by our government of it’s concerned citizens. I don’t know any other way to put it. See MIRAGE MEN at www.yekra.com