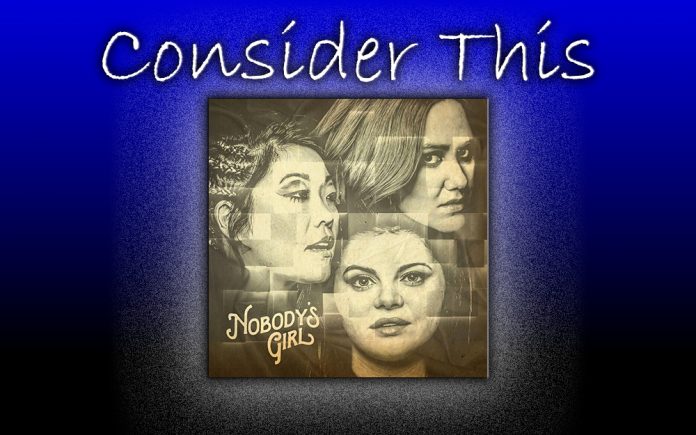 BettySoo was raised in Houston by first-generation Korean immigrant parents. Thanks to her folks, she became fully acquainted with the Great American Songbook at an early age. Later on, her older sisters introduced her to ‘70s Singer-Songwriters. After graduating from Austin’s U.T., she settled there and began her music career. She quickly made a name for herself toggling between a solo career and collaborations with Doug Cox. She also made her bones adding back-up vocals for Americana legends like Eliza Gilkyson and James McMurtry. In 2016 she partnered with Charlie Faye and Akina Adderley and formed Charlie Faye & The Fayettes. Their sound was a heady brew of Motown magic, Stax swagger and Brill Building songcraft.

Rebecca Loebe began life in Alexandria, Virginia, but grew up in Atlanta, Georgia. She picked up the guitar at age six, graduated high school early and received her degree from the prestigious Berklee School Of Music in Boston. She returned to Atlanta before finally relocating to Austin, Texas. Although she’s probably best known as “The Voice” contestant who put her own spin on Nirvana’s “Come As You Are,” she has recorded several solo long-players and EPs. She’s also collaborated with folks like Raina Rose and Findlay Napier and shared stages with legends like Mary Chapin Carpenter, Civil Wars, Shawn Colvin and Ellis Paul.

A child of divorce, Grace Pettis spent her early years ping-ponging between Atlanta, Georgia and Mentone, Alabama. Her Dad, Pierce, was a traveling songwriter, her Mom, Dr. Margaret Mills Harper, was a poetry scholar. Those completely different worlds shaped Grace’s outlook and her songwriting. Her facility for language and music was evident from childhood. As she nurtured her musical ambitions, she absorbed the sounds of Mountain music, Gospel, Country, Folk and Hip-Hop. The Austin transplant has recorded three full-length solo albums and an EP. Her songs have been covered by Sara Hickman and Ruthie Foster, and has collaborated with artists like The Watson Twins, Indigo Girls and Dar Williams.

Rebecca and Grace like to joke that they formed Nobody’s Girl so they “could trick BettySoo into being in a band with us…” The trio originally connected at the Kerrville Folk Festival in 2008 and became fast friends. Fast-forward to 2017 which is when they began to officially collaborate. Things quickly fell into place. Before they’d even shared a stage as a trio, they inked a publishing deal and secured a record contract with Lucky Hound Music on the strength of their nascent compositions.

They wrote five of the songs that appeared on their seven song Waterline EP in about 36 hours and the recording process came together almost as quickly. Released in 2018, the Nobody Girls hit the road behind it, playing nearly 100 shows on stages from Texas to Ireland. The following year was spent woodshedding and songwriting. Recording commenced in September 2019 and was completed (despite the pandemic interruption), at the start of 2021.

The record rumbles to life with “Kansas.” Bramble-thick guitar riffs connect with brittle bass lines, woozy keys and a kickdrum beat. The girls each solo on the verses and harmonize on the chorus. Instantly, the sonic palette goes shifts from monochrome to a dazzling kaleidoscope of color. Sharp lyrics draft off MGM’s folksy fantasia, “The Wizard Of Oz,” equating hometown limitations with black and white options; “Didn’t know what you were missing, all secondhand ambition ‘til you went drifting down that double yellow line.” As the song builds to a stunning crescendo, the final verse puts it all on the line; “Courage and heart, heart and mind, and all of the truth inside you you needed to find.” A couple of tracks were originally introduced on the EP, but here, they’re given the once over twice, slightly spit-polished and shined. On “Waterline,” crunchy power chords are matched by bleating Hammond B3, darting bass lines and an in-the-pocket groove. The melody shares some musical DNA with Tom Petty’s “Last Dance With Mary Jane,” but lyrics attempt to patch the fissures spreading in a failed relationship; “This is not where I thought I’d be right now, this is nowhere, passion moved out, the end run, damage done/We stood on the rafters, our natural disaster, the wreckage of our happily ever after.”

“What’ll I Do” is a rev’d up Coutry Rock/Shimmer Pop hybrid accented by sleek harmonies, busy keys, prairie wind guitar and clunky percussion. A case of the bad-boyfriend Blues is simply shrugged off, ignoring all the warning signs; “You’re gonna be a poet or maybe a chef, yeah you’re pretty and you know it, and not a safe bet/I can see you just got a tattoo, is that supposed to be Van Gogh? You wanna stay here cause your rent’s due, something like three months ago, what’ll I do, I’m in trouble now, I’m in deep and I don’t want out.” There’s an effervescence to Nobody Girl’s sound that nearly camouflages their lyrical heft. The album’s first two singles, “Rescued” and “Tiger”, champion female empowerment and accept the consequences for taking control. The former blends winding electric guitars, hazy keys, a thunking rhythm, trip-wire bass and the kind of explosive Heartland guitar riff-age John Mellencamp perfected on his “Scarecrow” album. The lyrics find our heroines looking for love in all the wrong places, but, completely in charge of their own destinies; “Mr. Wrong you look so right, so baby come on I’m a good time tonight/They’re playin’ my song, going to rave on through, don’t wanna be saved don’t need to be rescued.” Icy keys on the bridge give way to the sort of infectious instrumental break that wouldn’t seem out of place in one of those shopping montages from a late ‘80s Rom-Com.

There’s an angular cynicism at play on the latter. Hair-of-the-dog harmonies are suitably dissonant, rote and robotic on the verses, lithe and soral on the chorus. Jittery bass lines collide with shang-a-lang guitars and a hopscotch beat. Lyrics like “Alarm clock’s ringing and it’s off to the races, gotta make a decent breakfast gotta find a parking space, and now the boss is here early gotta look him in the eye, gotta make it all look easy, never let him see me try,” speak to the grinding ennui of the workaday world. Hammond B3 notes act as a wordless Greek chorus, stuttery and Soulful one minute, crisp and cranky and the next.

On the album’s best tracks, the political bleeds into the personal. Ringing, U2-y guitar chords are quickly supplanted by loose-limbed bass and a chugging beat on “Birthright.” The lyrics touch on life’s inequities, from childhood trauma to parental baggage, noting “The bruises fade, but it never stops hurting where the punches land.” The percolating, New Wave-ish arrangement of swirly keys and prickly guitar nearly takes the sting out of the final verse; “Your family came to this family in chains, to a place that didn’t care where they were from, and tried to erase their names/And my family still lives on the land we bought with blood and pain and when our kids start asking, what do we tell them, how do we explain?”

Billie Holiday worked the bible into her Blues in “God Bless The Child,” noting, “Them that’s got shall have, them that’s not shall lose,” L.A.’s premier Punk band, X, championed the plight of the working man in “The Have Nots.” The Boss kinda did both with his song, “The Promised Land.” Nobody’s Girl takes a different tack with their own “Promised Land.” Somehow, they manage to sneak perspicacious social commentary into a sparkly pop confection; burnished acoustic arpeggios lattice over searing electric riffs, slingshot bass, spacey keys and a kinetic backbeat. The opening verse seems to summon the Holy Ghost; “I saw your face in the stars last night shining down from the clear black sky, Colorado turned out the lights a thousand miles from California sand, a thousand more to the Blue Ridge Mountains, all in the cradle of your weary hands.” As the melody takes shape, lonesome pedal steel is woven into the rich instrumental tapestry. Lyrics heartbreakingly illustrate the division and disparity that has split this country in two; “Cardboard city full of government tents, kids trying to sleep over subway vents, keeping watch over cold cement/No vote in North Dakota with Native ID, churches shot, Philly, Jersey, Kansas, Tennessee, we’re all waking up from the same lost dream.”

Nobody’s Girl include a couple of canny covers, offering a heartfelt take of “Beauty Way,” Eliza Gilkyson’s gimlet-eyed ode to life on the road. There’s also a breathless and beatific version of Carole King’s epochal “So Far Away.” Hard to believe that song is 50 years old, the timeless lyrics tackle separation anxiety in a way that manages to resonate with the past year’s lonely, lockdown lifestyles. The album closes with the plaintive and willowy “Lark.”

The record was produced by Michael Ramos, who also handled keys and percussion. Nobody’s Girl relied on a wolfpack of pickers and players, including bassist Glenn Fukunaga, drummers Conrad Choucroun, J.J. Johnson and Remy Antoun, along with Doug Pettibone on pedal steel and David Pullingham on guitar. Plus, they had a couple of superstar secret weapons, David Grissom and Charlie Sexton both added guitar on several tracks.

Nobody’s Girl blurs the lines, mixing genres and eras. Myriad moods and emotions are matched by buoyant melodies, intricate arrangements, and crackling instrumentation. The result feels down to earth, elegant, and effortless.