January in the Coachella Valley is always such an amazing time of the year.  While the majority of our country and our neighbors to the north are still shoveling snow and fighting freezing temperatures we enjoy mostly clear, sunny days with daytime highs in the 70’s.  Of course everyone is invited to join us as our welcome mat is always out and in January our valley provides the additional incentives to visitors like the Career Builder Golf Classic (formerly the Bob Hope Classic), the Tour de Palm Springs, the Palm Springs International Film Festival, plus world class entertainment at our performing arts centers and local casinos.

We have always seen our fair share of “snowbirds” that come from the far north to winter in our valley but starting in 2010 we saw more and more Canadians purchase homes and condos here rather than just rent a home or condo for a few months.  This is attributed to a combination of factors that I call the Boom-Boom-Boom.  First of all western Canada’s economy was booming, secondly they too had a large population of baby boomers that had reached the stage of life where wintertime retirement in the US was both desirable and possible, and finally the Canadian Dollar was booming compared to the US dollar.  Combine the boom-boom-boom for Canadians and the depressed real estate prices due to the high number of foreclosures and distressed sales here in the Coachella Valley and we had the “perfect storm” of opportunity for Canadian Buyers and investors.  And buy they did!  Some estimates suggest that Canadian Buyers of Coachella Valley Real Estate in specific markets comprised as much as 25% for the years 2011-2013!  Last year we saw the second consecutive drop in the total number of homes sold here in the Coachella Valley and conspicuously absent were the Canadian Buyers.  So what happened and where are they now?  Let’s do a quick check of last month’s numbers and then I’ll solve the mystery of the disappearing Canadian Buyers.

According to the Desert Area MLS (as of 01/31/16) there were 722 pendings of residential properties here in the Coachella Valley in January.  There were 617 pendings in the previous month (December) showing a better than usual increase and signaling a good start in terms of activity for 2016.  In December there were 641 solds and in January we had only 539 solds.   Last year in January we sold 602 homes which indicates that while activity may be up; the actual number of homes that closed escrow is down again when compared to last year.   Our inventory of homes for sale was up considerably this month with 5,805 homes available as of January 31, 2016 compared to only 5,247 as of December 31, 2015.   That follows our seasonal pattern of increasing inventory at this time of year but shows 835 MORE homes on the market today when compared to the same time last year.  This combination of increased inventory and decreased number of sales are the beginning signs of potentially lower prices and a return to a buyer’s market in the very near future if this continues here in the Coachella Valley.  Could our missing Canadian Buyers have something to do with this?

Absolutely yes!  But what happened?  Again, it was a combination of things that included home prices in the Coachella Valley increasing over a 5 year period in many cases by over 50% and then the booming Canadian economy and booming Canadian dollar both going bust.  Simply put, when combined with the falling value of the Canadian dollar (compared to the US Dollar, now just $.72) and the increase in CV home prices, our homes just became too expensive.  Now imagine the temptation to sell your US home right now if you were one of those smart Canadian buyers who purchased a CV home in the last few years.  Not only would you make a profit on the increased sale price, but for every American dollar that you received you would convert back to Canadian dollars at a current rate of $1.40!  Unfortunately I have not found a source of data on the actual number of homes on the market in the Coachella Valley that are owned by Canadians but here we have the perfect storm opportunity for Canadian SELLERS to really make significant profits on their real estate investments if the sell now… and the increase in homes for sale on the market this past month suggests that I am not the only one to figure this out!  I just hope that the majority of Canadian home owners here don’t all rush to sell at the same time as this would have an even greater negative effect on our local housing market.  Message to our Canadian friends: Rather than suffer the new increased tax consequences of a sale, might I suggest renting your homes out as a vacation rental?  That way you can still spend part of the winter visiting us here in the Coachella Valley, enjoy the income from those American dollars for the time your home is rented while at the same time help preserve our home values!

Join me each month this year as we keep a close eye on our Coachella Valley real estate market.  If you have a real estate question or concerns please email me at the address below. 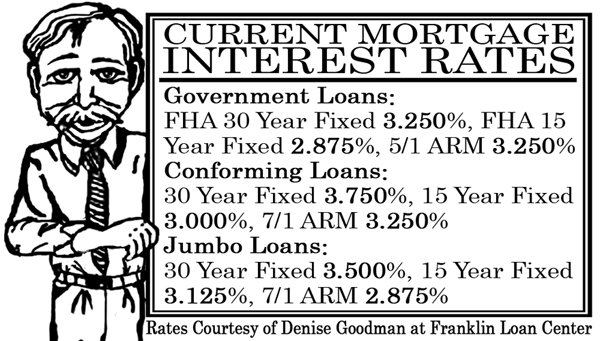