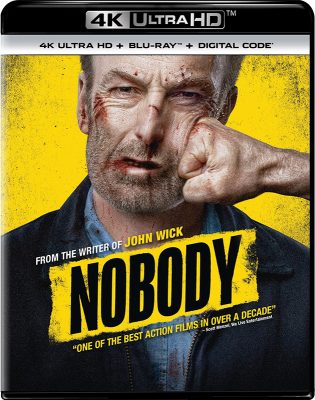 From the writer of John Wick, check out Bob Odenkirk like you’ve never seen him before in the non-stop high-octane action spectacle of the year.

This riveting film comes at a perfect time as we process the waning restrictions and spread of the pandemic.

For many potential viewers, watching this powerful actioner will serve as a catharsis – epecically if you hold Russian activists partially responsible for the election interference that led to Trump’s presidency.  In spite of the brutality, there was something immensely satisfying about watching a lone hero bring down the Russian mob.

Odenkirk is remarkable in his new persona as a fearless, tough-as-nails kick ass hero.

When we meet him, Hutch Mansell (Odenkirk) is a belittled dad and husband who rarely if ever pushes back.  In fact, in an attempt to prevent serious violence, he resists defending his family when two armed robbers invade his suburban home.  He disappoints Blake, his teen son and wife Becca (Connie Nielsen).

The home invasion trigger’s hutch’s long gestating rage as well as his suppressed and hither—to-unknown top-secret lethal training.  I wonder if Liam Neeson already passed on this movie.  But after seeing this remarkable film, it’s hard to imagine anyone better for the part than Odenkirk.  The surprise but perfect casting of Christopher Lloyd as Hutch’s equally skilled father is a delight –he steals every scene he’s in.

In the frenzied climax of gunfire and punches, Hutch tries to save his family from a deadly enemy.  It’s not likely Hutch will ever be mistaken as a nobody again.

Writer Derek Kolstad and director Ilya Naishuller have fashioned one of, if not the, best hard-core action films of the year so far.  It’s visceral, violent, fast-paced and sporadically funny.  What more do you want?

The fight on the bus will live on as a classic and is worth the price of admission as we used to say..  Strong recommendation. 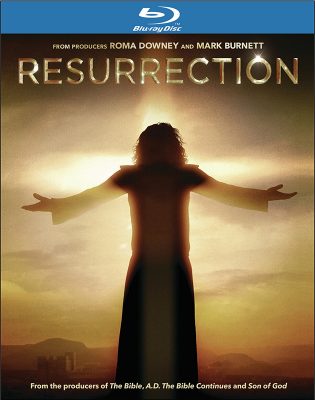 Cool extras include: Deleted Scenes, Hutch Hits Hard (‘See how Odenkirk trained to bring his character to life’), ‘Breaking Down the Action’ (Bus Fight, Car Chase and more) ‘Just a Nobody’(A Look at the Personal Beginning of the story for Odenkirk’), Feature Commentaries with Odenkirk and director Ilya Naishullr.  (4K UHD.  Universal.

Just in time for Easter, this nicely crafted, sometimes surpringly but appropriately violent Biblical epic focuses on Jesus’ followers who are haunted and afrain afyter the crucifixion of their friend and Lord – but Jesus’ resurrection triggers a news age of hope and love that will change the world.  The film has been adapted from the miniseries “A.D. The Bible Continues.”  Blu-ray.  Warner Bros.

YOUR HONOR: Season One 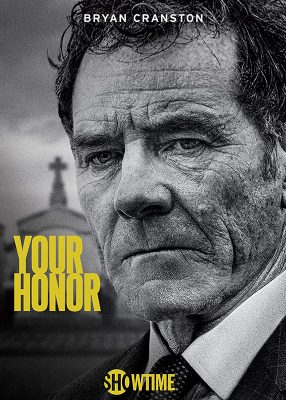 YOUR HONOR had the biggest debut season in Showtime history, consistently gaining viewership since its debut.

The show follows Judge Michael Desiato (Cranston) as he treads carefully through a high-stakes game of lies, deceit and impossible choices after his teenage son Adam ((Hunter Doohan) is involved in a hit-and-run incident.  Unbeknownst to Adam, the victim is the son of much-feared crime boss Jimmy Baxter (Michael Stuhlbarg) and his wife, Gina (Hope Davis), who might be even more dangerous than her husband!  You will be glued to the screen for all 665 minutes of the 10 heart-pounding chapters and the never-before-seen informative deleted scenes.  DVD.  Paramount/Showtime.

For chance to will free movies, write me.  What classic movie do you most want to se on 4K UHD?