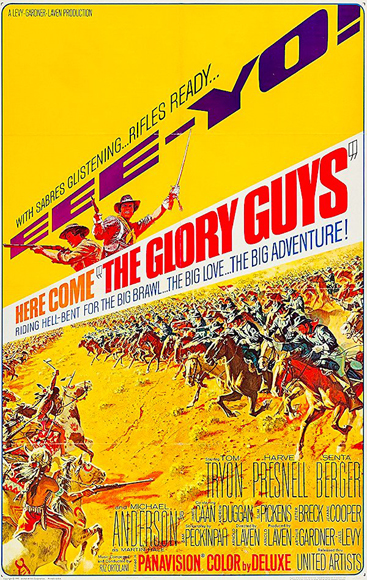 Hollywood’s resident maverick and madman wrote this under seen and gorgeously shot Cavalry riff on Custer’s last stand featuring a literal Who’s Who of movie and western favorites.

This hugely entertaining US Cavalry-Indian conflict, sparked by an opportunistic army general who sacrifices dedicated soldiers to his dark and dubious ambition is satisfying on so many levels — especially location, story and action.

The large supporting cast – TomTryon, Harve Presnell and Michael Anderson Jr are topnotch.  Even a very young James Caan is good as a stubborn recruit, and then there’s veteran character actor Slim Pickens who provides his usual comic relief.  The stunning Senta Berger is the requisite love interest.  All is greatly enhanced by the extraordinary cinematography thanks to the singular genius of James Wong Howe. 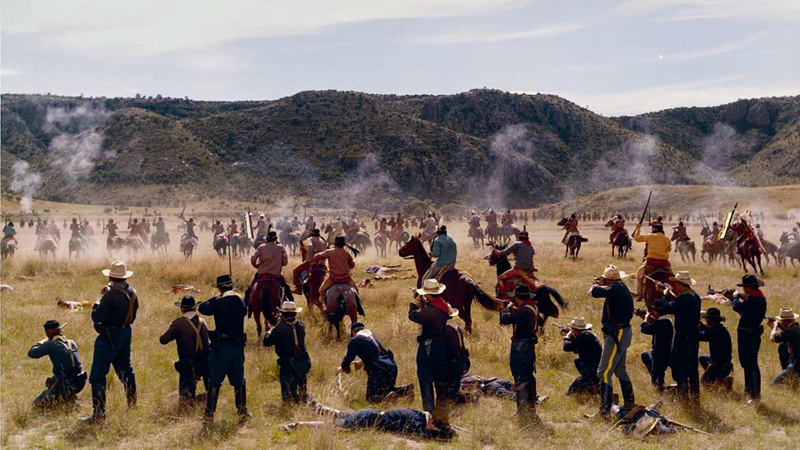 This limited edition (only 3,000 units) Blu-ray release will only be available a short time.  Once they are gone – they are gone!  For more info go to www.screenarchives.com. 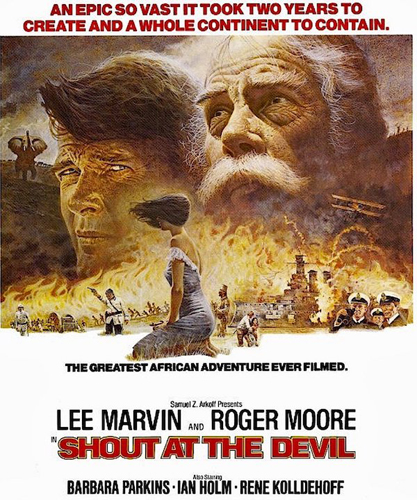 SHOUT AT THE DEVIL

Peter Hunt directed this fast-paced action epic based on the best-selling novel by Wilbur Smith.

When Sebastian falls in love with O Flynn’s beautiful daughter (Barbara Parkins), the unlikely duo literally come to blows in the jungle but find a way to put their differences aside when forced to get their fortune past German occupying forces readying a battleship for war.  The fiery fate of the German battleship is one of the best big screen explosions ever.

The only thing that keeps me from giving a strong recommendation is the stock footage used near the beginning of the movie that shows an elephant hunting sequence.  Although the movie claims “no animals were injured during the making of this movie” the use of the gruesome stock footage is a major fail.  No extras.  Shout Factory.  Blu-ray. 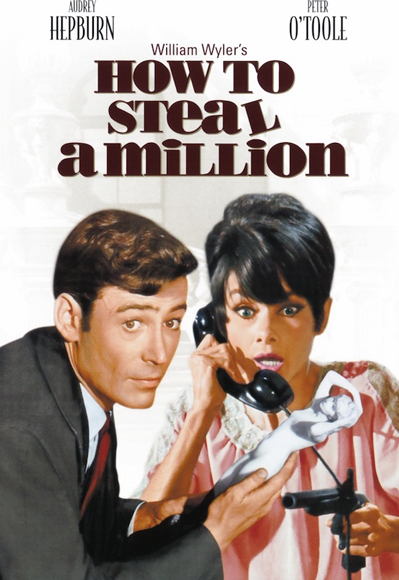 Larceny’s never been as festive in shimmery 1080p hi-def when Audrey Hepburn, Peter O’Toole and director William Wyler team up for this charming and witty, ultra stylish comedy-crime caper set in Paris.

Hepburn plays the daughter of master forger (Hugh Griffith), who enlists O’Toole’s dapper society burglar to steal a fake Cellini Venus before it can get him in trouble.  As one might expect, madcap shenanigans ensue.  Beautifully shot in Paris by Charles Lang and featuring a lively score from the one and only John Williams (available on this special edition as an isolated track). 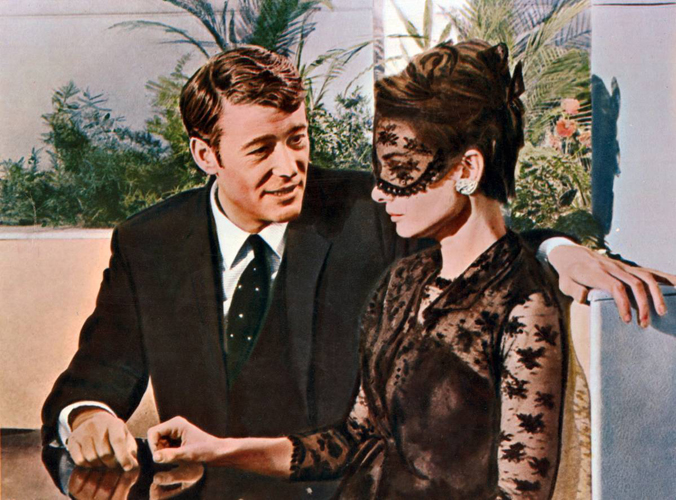