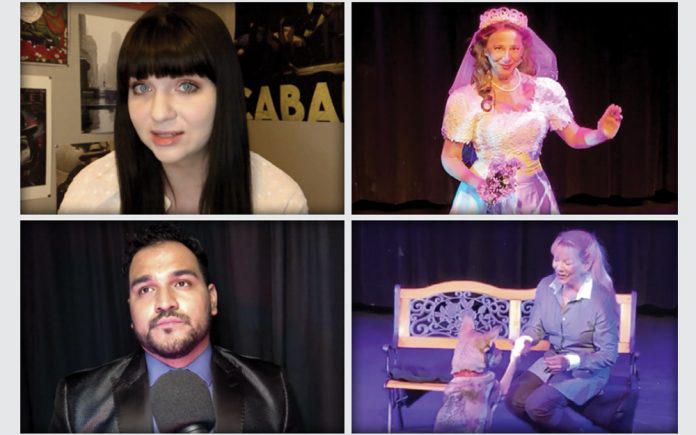 Palm Canyon Theatre will present a Valentine-themed concert fundraiser, From Broadway with Love… Backwards, with about 21 performers including many favorite company members and special guests. Although the concert is an annual fundraiser for the 24-year-old theatre, this year – with so many things a little different – PCT decided to “flip the script.” During the concert, men will sing songs originally written for women, and women will sing songs originally written for men. This twist allows performers a rare opportunity to interpret Broadway numbers they would likely never be cast to sing.

The TWO DAY streaming event will fill people’s hearts and souls with everything from traditional ballads to fun, unconventional love songs. Each uniquely crafted performance and video recording will be a new “favorite” for the “at-home” audience, who can watch the program at their leisure – and even more than once – over a two-day period from February 12-13, 2021.

Among the local talent performing some of Broadway’s most memorable love songs from their homes and socially distanced on the PCT stage are Se Layne, Ron Coronado, Julie Rosser Balbini, Allegra Angelo, Christian Quevedo, Anthony Nannini, Jaci Davis, Morgana Corelli, Michael Pacas, Sarah Elizabeth Hagar, Marcia Harp, Michele Davis and Laurie Holmes. Because of the “at-home” format, some performers are from outside the valley, including Jay Espano from Chicago and Jenn Paulk from Florida. Derik Shopinski and Virginia Sulick will host the show, with direction by Derik Shopinski. Jaci Davis is the show’s musical director, with post production by Anthony Nannini. All performers are donating their time and talents to benefit Palm Canyon Theatre, which is the oldest live stage production company in the Coachella Valley.

Tickets for this streaming show are $25 and are available for TWO DAYS ONLY on Showtix4U.com, which is also the platform to view the recorded production! From Broadway with Love… Backwards is available for streaming for the 48-hour period between 12 a.m. on February 12 through 11:59 p.m. on February 13. Purchase at: https://www.showtix4u.com/event-details/46332

The nonprofit theatre has been dark since March 2020, and is relying greatly on the generosity of donors and grant support through the pandemic. For more information about Palm Canyon Theatre go to https://www.facebook.com/ThePalmCanyonTheatre or www.PalmCanyonTheatre.org.