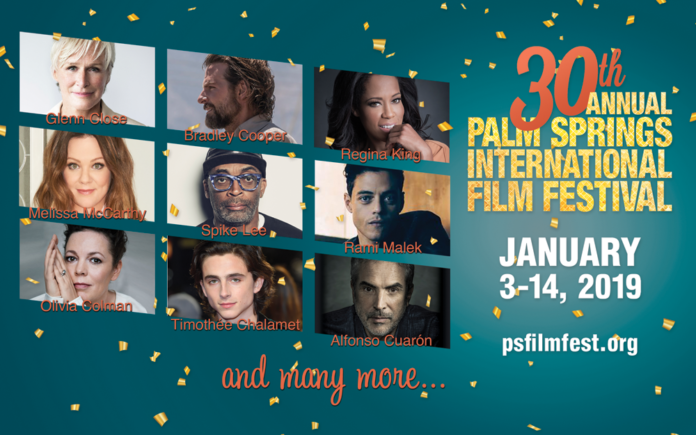 Palm Springs Mayor (1988 – 1992) Sonny Bono had a vision for the sleepy desert village to bring back the Hollywood elite and to attract more tourists in winter.  His marketing acumen, boundless enthusiasm and irresistible charm quickly garnered the city’s cooperation, community’s resources and local support to launch an international film festival.  Today, it continues to be an Oscar’s influencer and a world-class film festival. 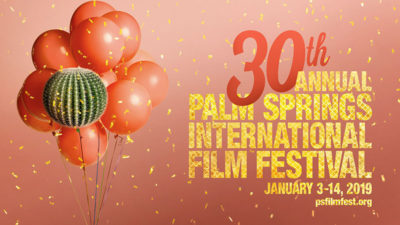 In celebration of the 30th Annual Palm Springs International Film Festival, its Board of Directors and programmers have added “The Palm Springs Canon” presenting 30 free screenings from the PSIFF award-winning vault.

Whether it’s a milestone festival or not, PSIFF celebrates cinema every year by recognizing the amazing talent that brings stories to life on the big screen.

The Gala, held at the Palm Spring Convention Center, Thursday, January 3, is the fundraising event that supports the non-profit organization Palm Springs International Film Society, which organizes and runs the PSIFF as well as the summer’s international short fest.

With 200 films from 70 countries and 520 screenings at six venues over 12 days, there is something for everyone at the PSIFF.  It is one of the best local event to meet fellow film fans and make life-long friendships.

One of PSIFF signature events is the “Talking Pictures.”  With its close proximity to Hollywood and industry professionals, this event draws incredible talent and puts them in the room with film fans.

“The Public” is sponsored by Palm Springs Speaks. Writer/director/actor Emilio Estevez will attend a special catered reception at the Palm Springs Public Library after the screening.  This should be an intimate and thoughtful affair since the movie is about librarians!  Tickets for the film and reception are $60.

Check out the guide for more Talking Pictures details.  Filmmakers often make appearances at screenings, which is one of the great joys of the PSIFF.  Check the website to see if there are “Guests in Attendance.”

The “Dinner and a Movie” event was added a few years ago and has quickly become a fest favorite.

“Uncrushable,” is a documentary about overcoming the wildfires that devastated the wine country and is followed by cocktails and a dinner prepared by Jake’s at the O’Donnell Golf Club.  “Chef Flynn” is a documentary about an 11-year-old culinary wizard and dinner follows at eatery Eight4Nine.  Restaurant 533 Viet-Fusion hosts dinner after the comedy “Ramen Shop,” and the documentary “Funke” about master chef Evan Funke will conclude at the Kimpton Rowan Juniper Table.

Hollywood has been a significant player in Palm Springs’ history and movie folks have always made Palm Springs a home away from home.  That spirit continues to move through the community and is recognized by the PSIFF in “Local Spotlight.”

“Walk to Vegas” holds its world premiere on Friday, January 11, which features Vincent Van Patten who co-wrote and stars in this comedy gambling caper.   A private party and fundraising event follows the screening at Eight4Nine.  Tickets are sold separately ($100) and benefit the Palm Springs International Film Society.  This will be an exciting and exclusive night of food and fun.

The 1953 film “Gentlemen Prefer Blonds” is showing on Thursday, January 10, where podcaster and author Karina Longworth will be on hand to sign copies of her book Seduction: Sex, Lies and Stardom in Howard Hughes America.  This “Special Event” takes a look at sex and gender during the golden age of Hollywood.

The winning foreign language films from PSIFF are submitted to the Academy’s Best in a Foreign Language category.  This is another important element of the PSIFF.  This year 87 countries submitted films to the Academy, and 43 of those are screening at this year’s Festival.  Only five will be nominated for the gold statuette.

“Eyes on the Prize: Foreign Language Oscars Directors in Discussion” is an unique program that culls a panel of directors from Academy submitted foreign films to talk about filmmaking and storytelling for a global audience.  This January 7, event at the Annenberg Theater offers a fascinating perspective on international film.  A ticket is required to attend.

There are so many wonderful events for film fans at the PSIFF, but beyond indulging in international movies that may otherwise not be seen here in the USA, PSIFF has a mission.  Part of the Palm Springs International Film Society goal is to nurture and encourage talent.

“The New Voices New Visions Competition” seeks out and shines a spotlight on first and second-time filmmakers.  The movies vying for a PSIFF win are: “Butterflies,” “The Chambermaid,” “Diamantino,” “Fast Color,” “L’Animale,” “Prospect,” “Ray & Liz,” “Saf,” “Shéhérazade,” “Sofia,” “Styx,” and “The Third Wife.”  This prize is a local favorite because the winner is embraced as part of the PSIFF family.

PSIFF thirty years celebration “Happy Birthday PSIFF!” is Friday, January 11 at the ACE Hotel & Swim Club.  These parties require tickets that can be purchased online or at any PSIFF box office. 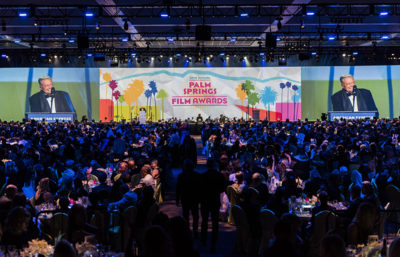 It is not hard to imagine what Sonny Bono would think about the festival today with all its success, exuberance, and international film fun.  Without a doubt, he would be thrilled and pleased that it became everything he imagined (and more), and certainly he would be honored that the city and community embraced and carried on his vision with such attention and excellence.

Congratulations to the Palm Springs International Film Society for thirty years of making the event great!  May there be thirty more wonderful festivals ahead.

For more information and to purchase tickets www.psfilmfest.org or call 800-898-PALM.