A Triumph of the Film Society

If you love movies and want something more provocative, engaging and fun than the summer blockbusters, Palm Springs International ShortFest is the place to be!  With 330 films from 51 countries in 55 separate programs, you are certain to find great summer entertainment.

Named one of the Top 10 U.S. film festivals by USA Today, the Palm Springs International ShortFest is more than just a way to cool off in the desert.  It is the coolest way to enjoy films while showcasing emerging global talent, student films and Oscar contenders.

Besides being a platform for potential Oscar candidates, PSISF is also a nominating festival for the British Academy of Film and Television Arts (BAFTA) and British Independent Film Awards (BIFA).  Moviemaker Magazine called PSISF one of the “50 Festivals Worth the Submission Fee.”

What makes the ShortFest so special is a celebration of both the filmmaker and the art of cinema.  Along with the screening of films for general audiences, behind the scenes is a Film Market where industry professionals and insiders can view over 3000 PSISF submissions.

This is an important mission of the Palm Springs Film Society, the non-profit organization behind both the International and ShortFest events.  The Society’s vision is:  To strive for a world in which enlightenment, knowledge and tolerance prevail.  The Society believes film is an art form and has the power to bridge cultures and illuminate the universality of the human experience.  How cool is that?

The Society’s stated goal is “To enrich, to educate, to entertain, to initiate cultural dialogue and to celebrate cinematic excellence in any language.”   Its mission is to nurture and encourage new filmmaking talent and honor the masters of world cinema while providing audiences with a unique opportunity to engage in an appreciation and dialogue about the art of film.  Indeed, this is a big part of what makes the ShortFest such a favorite.

Putting these worthy aspirations into action has made the ShortFest one of the best in the world and beloved by filmgoers and filmmakers.   During the ShortFest, forums, roundtables, panel discussions, seminars and master classes are conducted to encourage and support attending artists. 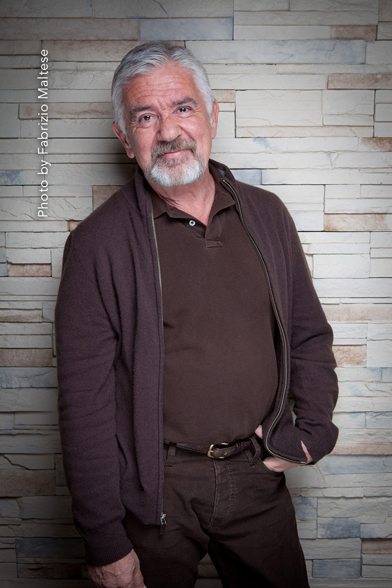 Passionate about film and his role as Festival Director, Darryl Macdonald said, “We have poured years of concerted effort and substantial resources into establishing a major springboard for newly emerging talent with this event and it’s hugely gratifying for us to have the Palm Springs ShortFest gain broad-based recognition from key media outlets and such esteemed organizations as BAFTA and BIFA.”

Now in its 21st year, the ShortFest makes the whole event fun for all who attend, both filmmakers and film lovers.  There are parties around town every night and the Palm Springs community and businesses embrace the off-season attendees with open arms.  Everywhere you go, people like to talk about the movies they’ve seen in the Fest.

Even with record-breaking heat, the excitement and joy of the “Opening Night” program was palpable as audience and filmmakers sat in the dedicated, comfort of the Camelot theatre.

The shortest of the program was “Love is Blind,” from the United Kingdom at only seven minutes.  The longest short was France’s “Albertine,” at 20 minutes.

Now, through June 22, this is how the films will roll – four to ten short films grouped into programs with titles like:  “Perfect Endings,” “Road Trips,” “Mysteries! Horrors! Thrillers!,” “Lost & Found,” “Identity Crisis” and “Kid Logic” will screen everyday.  Thoughtfully and carefully curated, the programs literally offer something for everybody.   Come out and celebrate the art of filmmaking and the triumph of the Palm Springs Film Society.

For more information, and to purchase tickets, go to www.psfilmfest.org