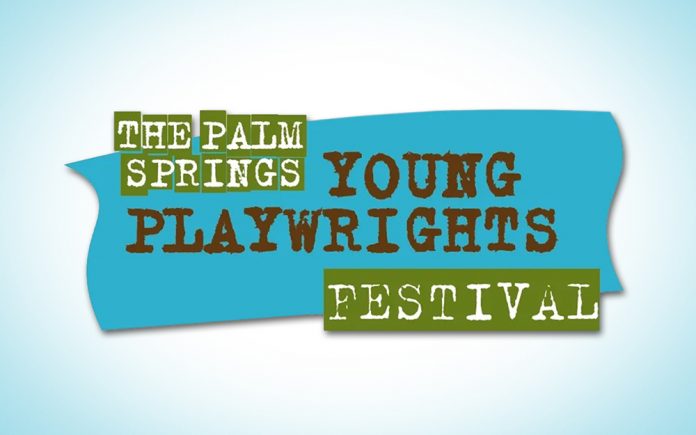 The Palm Springs Young Playwrights Festival (PSYPF), which promotes and encourages theatrical creative writing to all elementary, middle, and high school students within Riverside County, announced that starting October 1 it will begin accepting submissions for the 4th Annual Palm Springs Young Playwrights Festival. Submissions will be accepted through March 1 from students enrolled in any school in the Riverside County school system. When the submission window closes, a selection committee will review all submissions and choose the most outstanding plays. Each winner will receive a mentorship to enhance their play, a free public staged reading by professional actors, and a $500 scholarship to help further their career in the arts. Winning plays will be announced by March 31, 2022. The 4th Annual Palm Springs Young Playwrights Festival will be held in June of 2022 at The Palm Springs Cultural Center, in Palm Springs, California.

In addition, PSYPF announced that writer and producer Keith Hoffman will be the 2022 Mentor for winning students. Hoffman was a producer for the GLAAD Award-winning series “30 Days” and is currently the Executive Producer for Animal Planet/Discovery, where he produced ten seasons of “Finding Bigfoot.” He is currently finishing his memoir “The Summer My Sister Grew Sideburns.” He has written for such television series as “The Secret World of Alex Mack,” “Sister Sister,” and the popular Nickelodeon cartoon “Doug.” His essays have appeared in Huffington Post, NY Daily News, and Grub Street Literary Journal. His popular blog is found at TheRavenLunatic.com.

“We are honored and thrilled to have Keith Hoffman as our 2022 Mentor,” said David Youse, Executive Director of the Festival. “Last year, Keith participated in the festival as a guest director where he provided his tremendous insight and experience to the young playwrights. His impact was so great that that we couldn’t resist asking him to join as this years’ mentor and were delighted that he accepted this exciting opportunity to directly impact the festival’s winning students.”

“Last year I was asked to direct one of the 2020 finalists, Cal Vaughn’s one-act play, and was humbled to work with such a talented young artist,” said Hoffman. ”I am honored to have been asked to serve as a mentor to all the playwrights this year to help make sure their voices are clearly heard.”

The 2020 winners of the festival had the honor of getting their plays performed in staged readings by seasoned professional actors at The Palm Springs Cultural Center. The festival may be seen online, free of charge, at www.psypf.org

“I want to give this opportunity to young playwrights, within my community, to bring their stories to life,” said Youse. “I always felt that opportunities were given for the young actor, singer or dancer, and felt the need to nurture our new storytellers in the theatre. I want to hear what our youth are thinking, feeling, and need to express. My first love is the theatre and I wanted to give back that joy to these young playwrights.”

The Palm Springs Young Playwrights Festival promotes and encourages creative writing – in the theatrical form – open to all students in the elementary, middle, and high school level within Riverside County, California. The Festival provides a scholarship to further education in the arts, mentorship, and a public reading to young playwrights of chosen plays. More information is available at psypf.com.