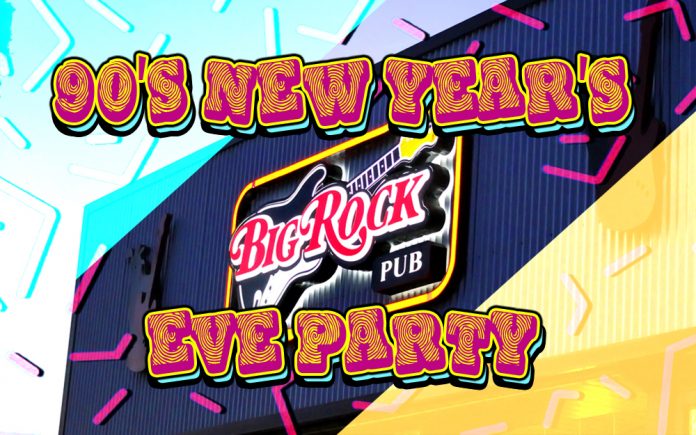 20 years post Y2K, Big Rock Pub is throwing a 90s themed party to celebrate the new year and new decade, 2020. Most of us who were of age remember exactly where we were when the clock struck midnight back in 1999. We were happy to find out that the world didn’t shut down altogether, and that all the hype about Y2K was found to be nothing more than urban legend. Still, we had no idea that we were standing on the precipice of incredible change, and that we had just lived the last of what seems to us now, a simpler, much more innocent age.  In many respects, the world as we knew it in the 90s, did come to an end.

Y2K: If you are younger and think you may or may not have heard about the Y2K freak-out of your predecessors, it’s probably because we don’t like to talk about how dumb we now feel.  You see, back in 1999, society was under the apocalyptic assumption that this would cause computers to spontaneously combust and self-destruct, and the world would screech to a halt and crash along with its very large, not so portable computers.  After all, pretty much every Generation X-er had seen the first and second Terminator movies, and our only antianxiety medicine was pot (and getting caught with it was Federal offense).

POP CULTURE of the 90s: If you didn’t accidentally kill your poor, undeserving, totally malnourished Tamagotchi pet every week, who were you, really? Raise your hand if you wish you hadn’t ripped the tags off every single one of your Beanie Babies growing up, because you’d be sitting on a small eBay fortune right now? 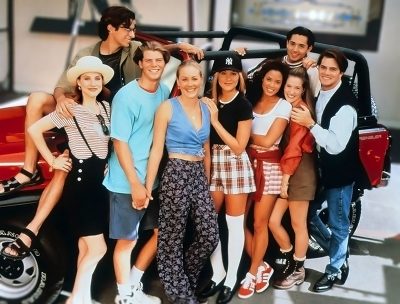 “Friends” first aired in ’94; how was anyone to know just how wildly successful it would become — and remain (*cue theme song*). And, “Ugh, as if” we would want a world without the movies Clueless and Romy and Michelle. There may never be a more iconic celeb couple moment than Britney Spears and Justin Timberlake in matching Canadian tuxedoes (that means all denim) on the red carpet. We had Bill and Monica, Titanic, Forest Gump, Sex in the City, newcomer Adam Sandler with Happy Gilmore and The Water Boy, Chris Farley and Tommy Boy, the wizarding world of Harry Potter.  Super Mario went 3D.  We had Biggie vs Tupac, Thelma and Louise, and we knew if everything else went wrong at any party, we could all come together to dance with our drunk friends and relatives to the “Macarena.” We had just come out of a recession making the 90s known as a decade of strong economic growth, steady job creation, low inflation, rising productivity, economic boom, and a surging stock market that resulted from a combination of rapid technological changes and sound central monetary policy. It was the longest recorded economic expansion in the history of the United States until July 2019.

It was the era before smart phones.  We had Napster for streaming music before it was called “piracy” and was shut down in 2001. And by the end of the 90s, if you had a video on “the” YouTube, you most definitely made it to the big time. We had no idea how much technology would take over in the 2000s.  We were just happily amazed at the idea of being able to have a phone conversation on a mobile phone without it costing a gazillion dollars, and being able to fit it in our pocket afterward. It ONLY made phone calls. 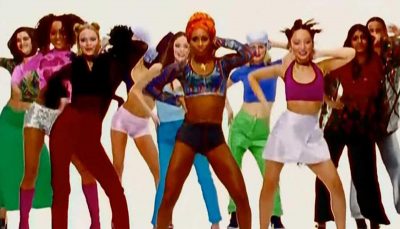 POPULAR MUSIC OF THE 90s:  Nirvana “Smells Like Teen Spirit,” Sinead O’Connor “Nothing Compares to You,” Mariah Carey’s version of “I Will Always Love You,” Sir Mix A Lot’s “Baby’s Got Back,” are stand outs of the generation. Some of the top rock bands of the 90s were (but not limited to) Alice In Chains, Counting Crows, Soundgarden, Green Day, Radiohead, Pearl Jam, R.E.M, Foo Fighters, Red Hot Chili Peppers, Pantera (no it’s not a restaurant with really good bread), Metallica, Guns N’ Roses, Blink-182, Oasis, Nine Inch Nails, Weezer, No Doubt, The Offspring, The Wallflowers, Rage Against The Machine, Matchbox 20, The Cranberries, Slayer, The Mighty Mighty Bosstones, Stone Temple Pilots, Korn, Anthrax, The Smashing Pumpkins, Pixies, Bush and Jane’s Addiction.

We had Girl Bands: Spice Girls, En Vogue and Destiny’s Child (pre-Beyoncé’s solo career).  We had our boy bands: NSYNC and Backstreet Boys. Hip Hop became a genre that took over Los Angeles and the world like never before. In 1990, Michael Jackson, Prince, David Bowie, Tom Petty and Freddy Mercury and so many others were still with us making music, and maybe we had no idea how much we would mourn losing them.  Maybe we didn’t think we could.

There was no social media in the 90s either! Bands had to let people know about their shows with homemade flyers, and you had to buy concert tickets at the record store and department stores. Here’s a tutorial about this for any young’ns:

We actually talked to each other on our phones and were excited about the cordless option for our land lines. Now, email, texting, Facebook and Twitter are just a few examples of mediums that have diminished direct verbal communication dramatically from the days when most of the technology used today did not even exist. We were only on the cusp of things to come with our emails and chatrooms. https://universe.byu.edu/2013/07/07/1communication-changes-with-technology-social-media/

We were just coming out of the age of having to have film developed. Mosaic, the first web browser that let users view photographs over the Web (via email only), was released by the National Center for Supercomputing Applications in 1992. https://www.cnet.com/news/photos-the-history-of-the-digital-camera/

It’s pretty incredible when you think about how much has changed in the last 20 years. It makes it a bit mind boggling to imagine what the next 20 will bring.  Come – let’s be boggled together. Big Rock Pub invites you to bring your technology burdened butt to celebrate an era of the past, with 90s tribute band, The Red Hot Cholo Peppers.  You’ll enjoy complimentary party favors, a retro dessert buffet, a balloon drop and midnight toast with purchase of your ticket.  The full menu will be available until closing.  If you don’t get a seat inside the restaurant, you can enjoy the newly remodeled and very warm Beer Garden complete with patio games (Connect Four, Corn Hole, Giant Jenga) and a dedicated beer-tender.  The giant fire pit will be roaring, and the entire patio and outdoor bar are heated.  And while we want you celebrate an era that existed just off of the information highway, please feel free to capture it all on your mobile devices and “check-in” at Big Rock #dineinrockout.

Tickets are available at TheBigRockPub.com. Feel free to email entertainment@bigrockgolfandpub.com with any questions.