It’s no secret that Paul Rodgers has one of the most distinctive and respected voices in rock music history. He first garnered  popularity with the international hit song “All Right Now,” back in 1970 with his band Free, who went on to release four Top 5 albums.

Then in 1984 Rodgers teamed up with Led Zeppelin guitarist Jimmy page to form the band The Firm, again enjoying international success with hits like “Radioactive,” “Satisfaction Guaranteed” and “All the Kings Horses.”

He also toured off and on with Queen from 2004 to 2009 performing both his own songs and those of Queen’s. Together, with original Queen band members Brian May and Roger Taylor, they recorded the album The Cosmos Rocks in 2008. In 2009, Eminem sampled the Queen and Paul Rodgers song “Reaching Out,” featuring Rodgers vocals. 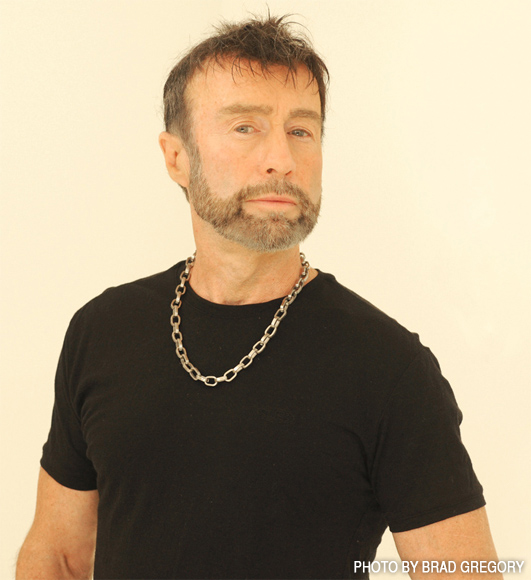 While Rodgers still tours with Bad Company he has been enjoying a successful solo career for many years now. Rodgers returns to the desert this Saturday, March 25 at Fantasy Springs Special Event Center. If you’ve never seen him before you really should treat yourself to this legendary performer. When I saw him last year I was in awe of how strong and precise his vocals still are after 5 decades and how flawless his performance was. During a recent interview I asked him what he attributes that to.

“I don’t take on too many shows anymore so that the ones I do are going to be the best they possibly can be. There’s this thing with a lot of performers where maybe it’s coming from their managers or record labels, but they’re doing too many shows back to back and they get burned out, which happened to me in the early days… you know… touring with Bad Company when we did everything to excess (laughing); which is fine when you’re 19, but as you get older you do need to hone your skills and be on top of your game, just like an athlete. It’s important to me to put everything I can into each performance.”

Rodgers says that it was “a bit like the Wild West touring in the early days” and now he performs a Best Of, the cream of the crop, to make it a great rock show. He says he has more control over his career now than he did back then. “I can be much more selective and thoughtful now.”

I asked him what he does to keep things fresh after doing all these hits night after night and year after year.

“Every time I play the hits now I still feel like it’s the first time because it’s always a new audience. I know they want to hear the hits so I want to deliver them, but I also try to sneak in something new every show. I’m constantly writing new stuff. Writing a new song is always a fantastic thrill for me,” he shares with excitement in his voice.

I asked him what inspires him to write songs today compared to when he first started.

“Everything inspires me. It comes from the TV, the news, from this interview even and us talking, something someone says or does. There are so many unwritten songs. I always say that everybody has a song inside of them.”

With all his continuing songwriting I asked if a new album was in the works.

“I don’t have anything planned right now, but I definitely want to do something. The last thing I recorded was The Royal Sessions, which was actually a lot of the music that influenced me. We recorded it down in Memphis.”

Rodgers recorded a song called “This Place Called Home” with his son Steven.

“It was really fun. He’s been doing his thing over the years, but he’s been watching me and my friends over the years too. He’s been putting in a lot of time learning how to sing and write songs and he was quite the pro. I’m really impressed with him. And we recorded the vocals in Rancho Mirage.”

Rodgers just finished a tour with Bad Company and will begin a “Free Spirit” tour in Europe from May 5 through May 28, where he will perform songs from his band Free. He will be supported by Deborah Bonham’s band (sister of the late John Bonham from Led Zeppelin) and she will be opening for him. I asked him why this was his only US show.

“Well since I live here part time it’s handy for me. It’s just right down the road. And after my solo UK tour in May I plan to take some time to live life and enjoy. My son Steven will be opening for me (at Fantasy Springs) so I’m really excited about that.”

Steven is a talented singer-songwriter and opened for his Dad the last time he was here. And recently (on Sunday, March 12) Paul’s daughter, Jasmine Rodgers performed at The Hood and gave a stirring performance. Paul even came out to support her, lying low and incognito at the bar, with Steven by his side.

Rodgers also has a charity that he and wife Cynthia are quite devoted to called Willows Animal Sanctuary in Scotland. He is almost as passionate about Willows as he is his music and he loves to share about it.

“We went there and we were so impressed with the dedication of these people. They take every kind of animal in like cats, dogs, rabbits, donkeys, and they have over 90 horses. There was a pig that fell off a slaughter house truck right in front of the Willows gates and they rescued him. Some of the inner city kids get to go out there and spend time with the animals and breathe the fresh air and it’s something they have never experienced. Their motto is ‘People Helping Animals Helping Children.’ They also help people that suffer from PSTD,” Rodgers shared passionately.

“They are totally non-government funded and all the money they get is from the private sector. It’s a family run organization with the mother, her daughters and their husbands and children working tirelessly seven days a week to take care of these animals,” shared Rodgers wife Cynthia, who sat in on the interview.

She continues: “That’s how the ‘Free Spirit’ tour came about. There were these Shetland horses that got left and abandoned on this island and the neighbors on the island tried but couldn’t afford to feed them and take care of them so they reached out to Willows and called Paul and I and after a 14 hour ferry ride they arrived at Willows and one of the horses was pregnant, but had worms really bad. And the vet was concerned that giving the mother the deworming solution could kill the baby. But that little foal was born happy and just fine. So that’s why we’re calling it the ‘Free Spirit’ tour and we’re going to be donating a good portion of the proceeds from the tour to Willows.”

Rodgers, while invested in the health and well-being of these animals still said that music is number one. I wanted to know what the most important moment of his career was.

“The most important thing for me is always looking forward to the next show. But looking back there’s so many moments, but meeting Nelson Mandela and playing for him was astounding. And recently last December at The Experience Music Project in Seattle, I did a show with the Foo Fighters and Kenny Wayne Shepherd and I got to meet Ringo Starr. And someone gave Ringo a snowball and I said from the stage, ‘go ahead and throw it at me’ and he did, and I caught it and threw it back. And it was a lot of fun. That was such a highlight for me because the Beatles influenced me so much.”

That was the first time he met Ringo, or any Beatles for that matter. I told him that when I met him last time he performed here, that I felt that same way about him and I was more excited about doing the meet and greet with him than having the opportunity to meet Paul McCartney at Pappy & Hariett’s.

His response was: “Well, thank you darling, that really is a lovely thing to say and I appreciate that so much. I think the thing is that there’s a little kid inside all of us looking for that excitement and that’s what it’s really all about isn’t it?”

From a longtime fan’s perspective I have to say that Paul Rodgers and his whole family are some of the most down to earth folks you will ever meet, especially considering his stature in the rock and roll music history, tapestry and landscape. So allow me to be a bit self-indulgent as I include this comment of mine from my last interview with him.

For me, as a teenager in the 70s, Bad Company was my first favorite band and Rodgers’ voice had the ability to transcend me to a place where I could imagine all things were possible. He had the vocal skill to hold you in the palm of his hand with one song and make you want to rock out with the next.