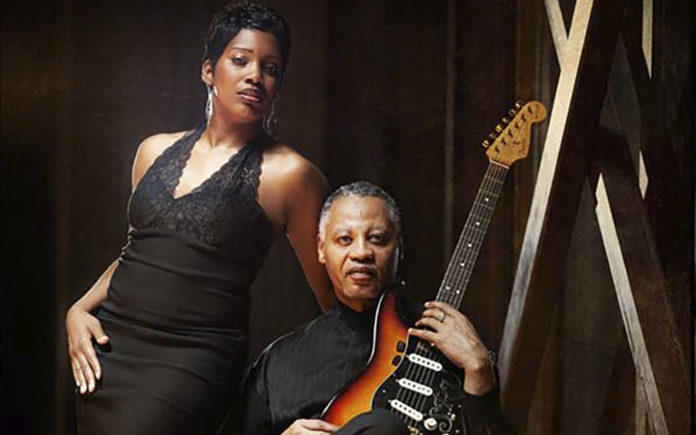 John and Gina Carey are one of the nicest couples you’ll ever meet. They are also both extremely talented musicians that perform together and separately. Both are strong Christians with their feet firmly planted in their faith, which is more important now more than ever as John was diagnosed with chronic lymphocytic leukemia (CLL) months ago and has been undergoing chemo for the last several months. 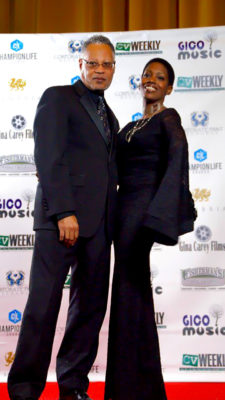 John, 62, is originally from Chicago, Illinois and has 2 adult daughters and 1 son from a previous marriage. Gina, 45, was born in Chicago, but moved to LA with her parents when she was 2. She also has an adult son. They met at the Hip Kitty in Claremont, Ca and were married 7 years ago on Gina’s birthday October 17th.

Both musicians have had much success in their solo careers, but also enjoy performing together. They shared about that experience.

John: “We are both solo artists. Performing together we give respect to each person that’s performing. There are no egos. When we first started out writing together it was hard because we are both strong opinionated producers, but then we began to learn each other and it’s much better now,” shared John.

“John plays a variety of styles of music, but his personal preference is blues. I play a variety as well, but my personal favorite is soul music. Because our styles of music are different, we have to decide whose style of music will have more weight in our sets. Usually my husband will just say, ‘Baby play whatever, it doesn’t matter.’ He’s flexible and wants me as a singer to feel comfortable with the material that moves me. Because he is willing to be flexible, there is harmony. We have both learned to compromise when coming together for the enjoyment of our audience. Therefore there is always peace. 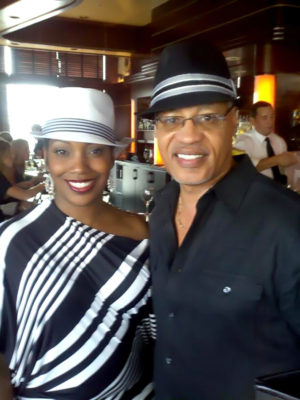 Aside from playing together we don’t usually do too many collaborative projects, but on occasion we will utilize one another’s personal expertise. I sometimes sing background on his projects and he will play bass and guitar on mine. We will ask if we really need a second opinion. We never offer suggestions without the other person asking for it. Respect is the key to working well together,” shared Gina.

How do they deal with working together? “We give each other their space to create and let that person be themselves. We don’t try and control each other. He does him and I do me,” shared Gina. “What can be challenging sometimes is the musical styles we perform are different. We have a 17 year age gap so some songs he plays, I’ve never heard and some of the newer songs I like to play, he’s never heard. But watching my husband play that guitar is amazing! His fingers are like lightning! He’s so talented!”

“It’s a challenge sometimes, because we are both idealist,” shared John. “Picking songs can be hard because we’re both Libras and unselfish and we always want to please the other one first. But it helps us learn how to connect as a couple.”

John is a Graduate from Chicago Conservatory of Music and has performed with The Chi Lites, Tyrone Davis, Koko Taylor and went to Japan with the Barry White Rhythm Section. He has also been nominated for several CV Music Awards over the last couple years. 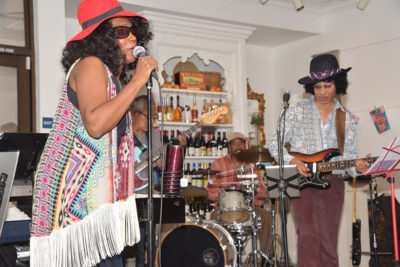 In 2006, Gina won a Black Music Award for Best Gospel Artist; in 2012 she won the Rising Stars of the Desert “Best Jazz Music Artist Award; in 2015 she was awarded Best Single for her song “Beautiful Music” by the GHP Virtual Music Awards; she won the CV Music Award for “Best Contemporary Artist” in 2015, 2016 & 2017. On August 31, 2016 she was selected as one of the Most Influential and Interesting Women in the Coachella Valley by CV Weekly. Last, to date, she has had 4 #1 charted singles on the UK charts. Since her professional music career began, she has had 13 CD’s and numerous single releases and 4 feature movie releases.

Other than singing, Gina enjoys writing, producing, directing and editing films, but most of all she loves reading the Bible and attending church on Sundays. She is the owner & CEO of Gina Carey Films and Gico Music. Her current filmography includes, “The Unexpected the Movie” (Feature Film, February 2016), “Aspire to Inspire” (Documentary, June 2016) and “The Assumptions” (Feature Film, February 27, 2017) and “The One Year Pact” a feature family comedy due to premier at the Camelot Theaters on February 12, 2018.She has a new screenplay “Acts of Kindness” casting in January and filming in March of 2018. “All of my films are written, produced, directed, edited, filmed and marketed by me. I am also the Executive Producer of all of my projects. They are self-funded as well. I currently do not have any financial sponsorship other than myself,” shared Gina. 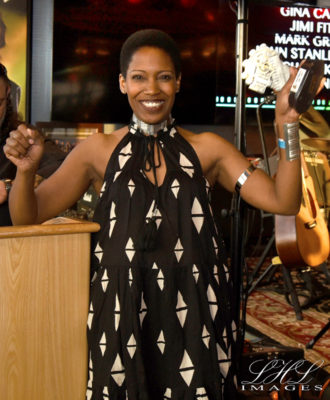 John’s hobbies are playing the piano, watching sports on television and checking out new bands. Together they enjoy watching their favorite TV shows together, going to the movies, and listening to good music at live venues and eating pizza at Pieology.

“For a date we usually enjoy early morning breakfast at Keedys, chicken and waffles and an early movie followed by a lunch,” shared Gina. “Our favorite vacation spots are Santa Barbra, San Diego and The South Coast Winery Resort and Spa in Temecula.”

John says his favorite gift from Gina is his Jimi Hendrix guitar, while Gina says that John gives her the gift of being supportive in all of her life’s goals by not trying to stop her from accomplishing them. “I love the random flowers too,” she said with a smile.

Dealing with cancer is very difficult on a couple. But these two are super supportive of each other.  “I’m being supportive however he needs me to be. Allowing him to take the lead and be responsible for his choices and respecting them regardless of my own thoughts. It’s his body, his choice. When we feel overwhelmed, we talk and deal with the issues head on. One day at a time. Our faith is strong in Christ and believing that Christ will heal and restore his body back to good health. We love each other therefore there is nothing that we cannot do hand and hand. Together we stand. Divided we fall, so we stand,” Gina shared with conviction.

I asked what each other’s best traits are.

John: “Gina is a go getter. Once she decides, that’s exactly what she’s going to do no matter the obstacle.”

Gina: “My husband is my favorite guitar player! I love his playing and I love his calm nature. He thinks before he moves.”

What do you they feel is the most important thing that keeps their relationship solid?

John: “Love and faith in each other.”

Gina: “Putting God first, love, commitment and allowing each person to be who they are. Understanding that even though we are married, God has given us both an individual purpose in life and it is our responsibility to support one another in that and not hinder one another from fulfilling our separate and coupled journeys.”

This couple has the Power of Prayer!