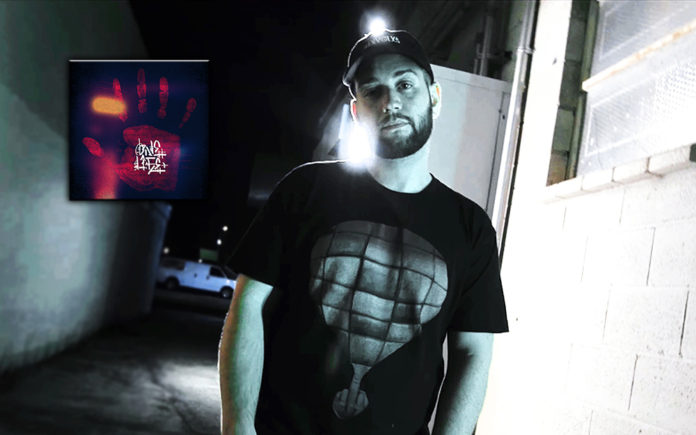 Provoked is not the artist you want to poke a stick at. Instead, you should stop…watch…and listen. A man who has endured seasons of circumstances in a breath of time, Provoked has released a new album, “One Life”, and has adjusted himself to transport desert Rap and Hip-Hop to a new horizon. Provoked will be performing on Saturday, December 15th for ‘Sleigh Bells & Beats Charity Toy Drive’ at The Hood Bar & Pizza in Palm Desert, California along with Willdabeast, The Bermuda, Thoughts Contained and DJs C Four and Jae Rawkwell. All proceeds and toy donations will go to the Coachella Valley Rescue Mission. The event is sponsored by Coachella Valley Weekly and Desert Music. Suggested donation is $5 or a new unwrapped toy.

Coachella Valley Weekly spoke with Provoked about the release of his new album, “One Life”.

CVW: The title of your new album is “One Life”. After listening to the album, I interpret the title as communicating to the listener that you only have “one life,” one opportunity to do and give your best. In living your life in the desert you refer consistently to the Coachella Valley and that you are proud of your community. Please elaborate on its meaning. 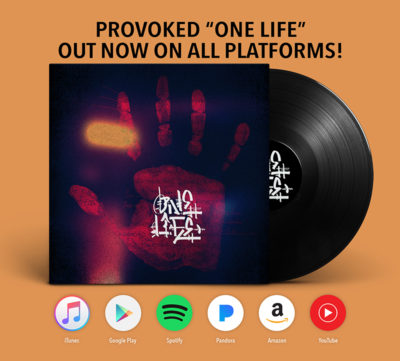 PROVOKED: “James Dorris and I came up with the title ‘One Life’ and your interpretation is correct. This title also helped me realize that everybody has ‘One Life’ on Earth, so it’s really important to treat the people in your life the best you can. The harsh reality is that everything can be ripped away from you at any given time. Not saying we should entertain the thought of that, but rather embrace it so we know not to take things for granted. As far as the valley goes, I am definitely very proud of our community. The growth over the last decade is amazing, and some of my favorite artists and musicians are here in the desert. Our scene is really something special and there’s always a good vibe at shows. I recently heard that Palm Springs is one of the top vacation destinations in the United States. Needless to say how beautiful our area is. Great food too. And the people of course.”

CVW: What makes “One Life” separate from your other work?

PROVOKED: “This is definitely the fullest product I have. All the production, rapping and singing, audio engineering, art direction, and design is local. I’m a big fan of everyone involved; Ivan Canevaro, Source1st, Kancun, Tevan, Thoughts Contained, Savier1, J Patron, James Dorris, DJ BA5E, L.Hundo, Capitxl G, and Floaticz. There have only been a few people involved in my previous albums, and ‘One Life’ is my most mature sound yet so it definitely stands out from the rest of my work.”

CVW: You’re diplomatic when it comes to artists from the Coachella Valley and High Desert. I admire that in you. You are respectful and humble. Why do you think it’s important to not play favorites and to remain equitable?

PROVOKED: “Showing genuine love is very important. I really want anyone out here that is serious about their craft to succeed and there is nothing better than the feeling of unity among local artists. And I can’t stress how important humility is. The self-made “I’m the best and the only one really doing it” attitude might work temporarily, but it won’t last forever. Helping each other is vital.”

CVW: In the last line of your song, “Touch the Sky”, you say, “…I’m not the one for excuses, I got the creative juices, flowing for people, the music is how I touch the sky”. Does ‘touch the sky’ mean reaching your potential or does it refer to your music and how you tap into your artistic self?

PROVOKED: “Touch The Sky” is definitely referring to reaching my potential, but also how I tap into consciousness through my music. Making my brain work to get uplifting messages across. Thank you Source1st for the musical inspiration on this song.”

CVW: What are your feelings on the completion of “One Life”?

PROVOKED: “I’m really happy with the outcome of this album. Definitely my best work yet and the feedback and support has been a huge blessing. Thank you to everyone in the Coachella Valley that has been downloading, streaming, and sharing. I appreciate you to the fullest.”

CVW: You’re performing on 12/15 at The Hood for “Sleigh Bells & Beats”. What do you want to tell all the children and families at CVRM who will benefit from the show?

PROVOKED: “Don’t ever give up and hold the faith. Love is all that really matters, and if you put it out there it will come back around. Lend a helping hand whenever you can. Find out what programs and resources you can benefit from and take advantage of all of them. Go all the way with the gift you’ve been given. God Bless You.”

JPatron on their first collaboration:

“There’s so many stories we have. The closest one that I have to my heart is we were in high school, I think we were 15 or 16 years old and I had this little job and I was saving up some money to buy some studio equipment and my parents were really iffy about sharing credit card information online, this was back in the late 90’s early 00’s, so I told Provoked about it and he said, ‘dude, my dad will do it for you, just give him the cash and shoot me the links,’ so his pops bought me the equipment and when it arrived he hit me up, ‘yo, your equipment is here’ so I was stoked. Hell yeah! I’m gonna go open up these boxes, pop this shit open, hook it up, take it to my crib and put it all together. So I go and pull up to his crib and getting ready to throw these boxes in my car, whip it to my house and put it all together, and I pull up, his garage door is open, this motherfucker had taken everything out of the box, hooked everything up, had everything running. He even had made a beat and he was ready to record. I couldn’t help but laugh. This fool just opened up all my shit, but I was stoked because we had equipment and we were ready.”

JPatron on “One Life”: “I’m really proud of his new album. He’s the type of artist that always spits from the heart. We spit facts ya know. After an obstacle he went through in his life, you know, before he went in we weren’t really talking. We had our ups and downs and some bullshit, but he contacted me when he was in there, and you know, I was never really about that shit, I think it was more people not wanting us to be cool or whatever, but I just feel like he came out a total different person. He’s more in tune with who he really is and got to know himself a little better; that shit makes me happy. I got my homie back, I got my dude back and I’m really proud of his new work, from the heart.”

James Dorris (Reborn by the Sunshine): “Provoked has been a friend of mine for a long time. One thing I realized a long time ago and quickly was how amazing his work ethic is. I don’t think I’ve met anyone with the same drive he has when it comes to music. I had never done anything in the Hip-Hop realm before “One Life” and the night I saw Provoked’s “400 Bars” video, I was inspired. The hook just came to me and I immediately recorded the raw melody on my phone. I told Provoked I was going to make him a beat and a couple months later I took some time and put the foundation of the track together. I emailed it to him and he called me about 10 minutes later and said we need to record this immediately! So, we did. I am a musician and I grew up listening to a variety of music including Hip-Hop. One thing Provoked and I both believe in is having heart in everything we do musically. I put my heart into that track and he did too, and I think you can feel that when you listen to the track.”

“How we first me, we battled. Somebody told me there was this new kid in school who wanted to battle me, so we met up, shook hands and battled. We started going at it, he got me the first time, and then we battled the same or next night at a party and I got him and we became homies ever since, kickin’ it every day, went to parties, ditched school, burned nothing but the finest greens, we’d bump a lot of Jungle, Bass, Underground, Hip-Hop, paint, it was dope man; it was like our Golden Era. We’d go out of town and hit freights and rooftops. We were coming back one night from LA at 4 in the morning, mad tired we’d been painting all night. I would get really tired and fall asleep at the wheel and I was pulling up to his crib. He lived at the Citrus in La Quinta. I fell asleep and dozed off. I woke up and the gated community wall was right in front of my face and I hit the brakes hard, turned the wheel. It was me, Provoked and the other homie Ivan. we all the woke the fuck up and said dang, we almost hit the wall 50/60 miles per hour. We were scared shitless. That was a close encounter.”

To purchase the album, go to: