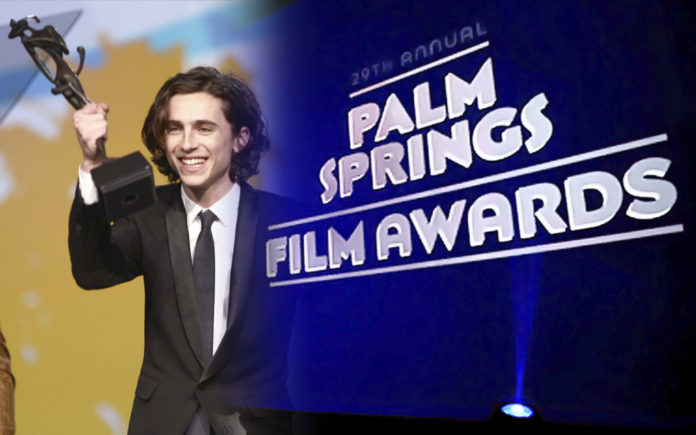 This year, the festival had 180 films from 77 countries across the globe with 31 genres shown during 433 screenings in six different venues.  Over 135,000 people came to relish world cinema and Palm Springs sunshine.

PSIFF is one of the largest and most respected film festivals in North America, and because of its proximity and close relationship to Hollywood, it attracts amazing star power.

The list of Hollywood names that attended the Festival included those who are well-known in front and behind the camera.

At many of the screenings, directors or producers were present to talk about their films.   These special presentations brought a level of intimacy and understanding to audiences elevating the festival for those who want to more directly engage with the cinematic arts.

At a screening of “The Gold Seekers,” a movie from Paraguay, co-directors Juan Carlos and Tana Schémbori said through a translator, that in their country only 32 films have been made in its history and graciously added that it was a “miracle to be here in Palm Springs.”

AND THE PSIFF WINNERS ARE

These winning films were determined by judges made up of international industry professionals.

The Insult received The HP Bridging The Borders Awards.

From around the world, these films were chosen by PSIFF audiences and screened the final day.

The PSIFF delivers the world and the power of film right to our front door!