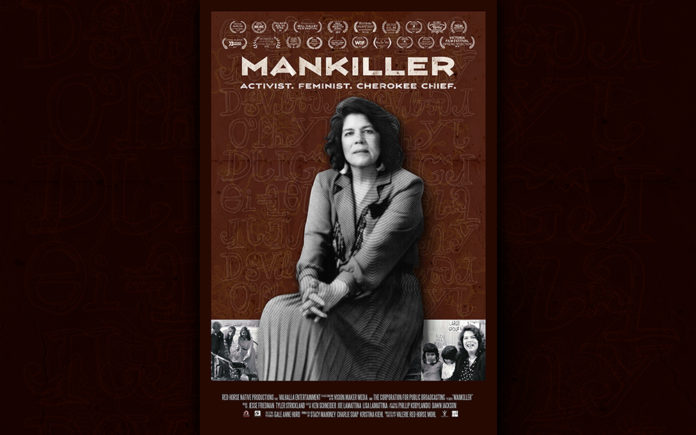 People may not be aware that the Coachella Valley’s desert floor was divided like a checkerboard to separate the Native residents from their land.   It has taken decades for local tribes to regain their sovereignty and restore a semblance of tribal life.

Under the United States government, Native Americans across the country were forced onto reservations and stripped of their human rights and dignity.  Globally, indigenous people continue to suffer.

In the True Stories segment of the Palm Springs International Film Festival, the documentary “Mankiller” shares the amazing life, vision and commitment of Wilma P. Mankiller, who returned to her homeland in Oklahoma to become the first woman Principal Chief of the Cherokee Nation.

Directed by Valerie Red-Horse Mohl, the 74-minute feature includes archival film footage, photos and interviews with Mankiller and those who knew her best.  Told without the use of a narrator and using Mankiller’s own words and voice, the documentary reveals a heroic and humble leader.

Gale Anne Hurd is the Executive Producer of “Mankiller.”  Known for producing high-energy, testosterone-driven, mega-fun adventures like “The Walking Dead,” “The Terminator” trilogy, “Aliens,” “The Abyss,” and “Tremors” to name but a few, CVW wanted to know why a powerful blockbuster Hollywood producer was interested in making a little documentary about the life of Wilma Mankiller.

Did you know Wilma Mankiller?

I did not.  She passed away in 2010 and we started the project in 2011.  Her daughters Gina and Felicia, her widower Charlie Soap were co-producers and very involved in the project.

How did you get involved with the documentary?

This is my third documentary about Native American subjects.  My partner in all three is Valerie Red-Horse Mohl who is half Cherokee.

When I was chair of the Academy Nicholl Fellowship, I read a script about code talkers.  I was interested in doing a narrative film about the Navajo Code Talkers and I reached out to the Native Americans, one was Valerie.  We approached the Code Talkers who asked us ‘why are you telling a fictional story? Why not tell the real story and make a documentary.’  So that’s where it started.  We produced “True Whispers” about the Navajo code talkers in WWII and “Choctaw Code Talkers” in WWI.

In the Code Talker films, we chose to have a narrator, but for the “Mankiller” documentary we realized that narration would compromise the integrity so we thought Wilma should tell her own story.

What did you learn about Wilma that most surprised you? 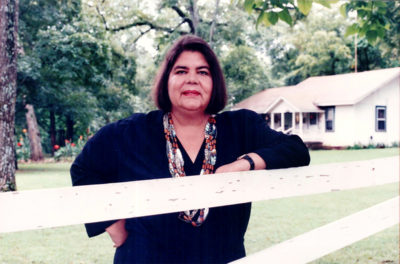 Her perseverance.  That has inspired me every day since.  Wilma survived a forced relocation from her home in Oklahoma to San Francisco.  They lived in poverty.  Wilma found community everywhere she went.  She was fearless.

Wilma returned to her ancestral land and in a short period of time, went from living in a car with her daughters on Mankiller Flats to being first Deputy Chief and then Chief in less than seven years.  It’s such a remarkable journey.  So whenever we’re having a bad day, we only have to think about what Wilma went through and what she was able to achieve.

I think that’s why she was one of the icons for the women’s march on Washington last January.

Wilma overcame many obstacles and worked hard to serve her people before she became Chief.  As a successful Hollywood producer, working in a male dominated environment much like Wilma, how did you relate to her drive and leadership?

What’s so remarkable about Wilma is that she looked at herself as a servant leader; as someone who put the best interests of her community and nation first.

In the Hollywood environment that’s very important, because every film, every TV series, every project is a collaboration.  I think it’s very similar.  You need to be someone who can inspire, cajole and persevere, and find a way to reach a consensus.

Wilma was able to lead in a bipartisan fashion even being a liberal Democrat.  She was asked to run as Deputy Chief by Chief Ross Swimmer, who is a conservative Republican.  That shows that people all get along regardless of their beliefs if they can share a common work ethic and a belief in servant leadership.

Wilma operated with a clear moral imperative, had a great sense of compassion and led selflessly.  It was never about her, but about helping those she served.  Was Wilma unique this way or is there a secret to living a life of service?

Wilma serves as a great role model because we’re seeing more and more politicians these days who seem to go into politics only out of their own self-interest or in the interest of the very powerful and the very rich.

Yet, there have been many servant leaders in the past like Franklin and Eleanor Roosevelt, who really did put the community and nation first.  I’m hoping this documentary will remind people how important it is to put their constituents first.

What do you want the audience to take away from Wilma’s incredible story? 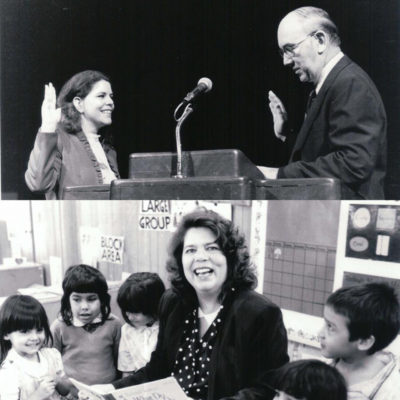 To keep Wilma’s legacy alive.  It’s important to know that servant leadership is incredibly difficult.  She was attacked for many reasons –gender, political nature, people with their own private agendas and agendas different from hers.  But what I love about Wilma is she listened to all sides before she made a decision.  She would always go in with an open mind.  And because of that, she really enjoyed the trust of the Cherokee nation, Native tribes around the world and the US government.

We held screenings in Washington DC.  We had Adam Schiff, a Democrat, and Tom Cole, who is a Republican and a member of the Chickasaw Nation, introduced the film.  Valerie and I spoke to the Congressional Creative Caucus and bipartisan pair Judy Chu, a Democrat, and Republican, Doug Collins, presented that panel as well.

It was important to Valerie and me to present the documentary to honor Wilma’s sense of bipartisanship.  It’s another way to recognize Wilma, the Cherokee and the many tribes across the country.

What is your connection to Palm Springs?

I grew up in Palm Springs.  My father retired and moved to Palm Springs when I was ten.  It was a very different place then.  Very different.  I went to Palm Valley, then Nellie Coffman and Palm Springs High School.  I graduated in 1973.

I received permission from the tribe to ride my horse and hike in the Indian canyons — Murray and Palm Canyon.  I have a particular love for the canyons and desert ecology.  I remember when the Indians opened it to the public, and suddenly there was litter and trash.  It was sad.

I like to sit in at screenings of “Mankiller” and I’m often amazed at the reactions.

Sometimes I think we are right back at the beginning again.  When you see what’s happening at Bears Ears Monument in Utah, or the Dakota Access pipeline, I think indigenous rights and treaties are being trampled once again.

Through Wilma’s example, we have to take inspiration from her and persevere and not give up or get disillusioned because Wilma endured a lot more. 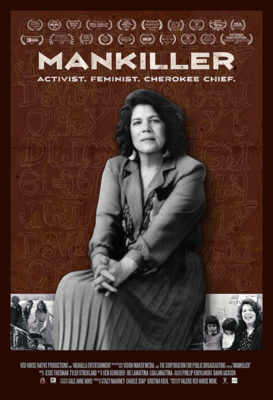 Hurd will be at all the PSIFF “Mankiller” screenings to talk about the documentary.  Director Red-Horse Mohl will be present on the January 5 and 6 screenings only.

Be sure to check all the dates, times and availability.  For tickets, schedules and more information go to www.psfilmfest.org or call 800-898-PALM.