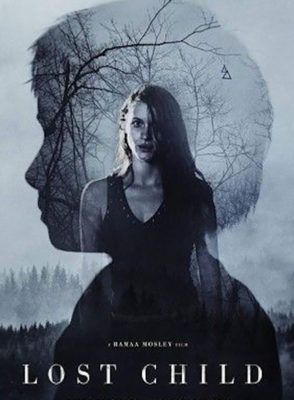 The pic follows Rambin’s character Fern Sreaves, a young army veteran suffering from PTSD, who returns home to the Ozarks to look for her estranged brother Billy, from whom she was separated as a child.

Instead of her brother, Fern finds Cecil, an abandoned boy in the woods. As she searches for answers about the wild child, she enters a mysterious world of folklore, clan rules and lies that ultimately puts her own life in jeopardy while trying to protect the young boy and find out the truth,

With no plans for sticking around once she connects with Billy, Fern fends off the suggestions of a helpful social worker (Jim Parrack) that she keep Cecil for more than a few days. She fears the horrors in the foster care system.

The film’s largely naturalistic style provides rich context for the regional stories of a tatterdemalion — a demon child.

Filmed on location in West Plains, Missouri, the movie is permeated with the atmospheric isolation that only the deep woods can bring.

The dominant theme is one of isolation and abandonment. Fern and her brother Billy were left on their own by terrible parents. Cecil is a mysterious, indeed freaky, child who lives entirely alone.

The region itself is isolated and forgotten by the world at large. Civilization has passed them by and the locals stick to the old ways either out of fear or necessity.

This intense human drama is not really pure horror film. It’s much more about but the power of belief for both good and bad. 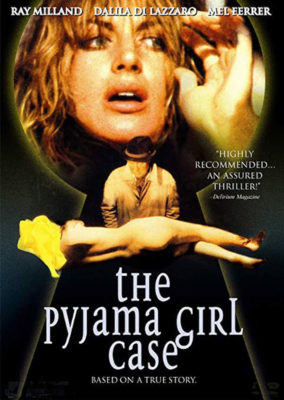 Throughout the late 1960s and into the 70s, the Italian gialo movement transported viewers to the farthest corners of the globe; from swinging San Francisco to Soviet occupied Prague. Only one film, however, brought the genre’s unique brand of bloody mayhem as far as Australia: director Flavio Mogherini’s tragic and poetic Pyjama Girl Case aka The Girl in the Yellow Pajamas.

When the body of a young woman dressed in distinctive yellow pajamas is found on the beach, shot in the head and burned to hide her identity, the Sydney police are stumped so former inspector Timpson (Ray Milland) comes out of retirement to crack the case.

Treading where the “real” detectives can’t, Timpson doggedly pieces together the sad story of Dutch immigrant Glenda Blythe (Dalila Di Lazzaro) and the chain of events, which led to her grisly demise. Inspired by the real-life case that baffled the Australian police and continues to spark controversy with unanswered questions.

If giallo is a genre you enjoy, consider this 2K restored title of a uniquely haunting latter day entry from the tail end of the genre’s boom period. The memorably melancholic score is by veteran composer Riz Ortolani. Standard extras. MVD Visual/ARROW Films. 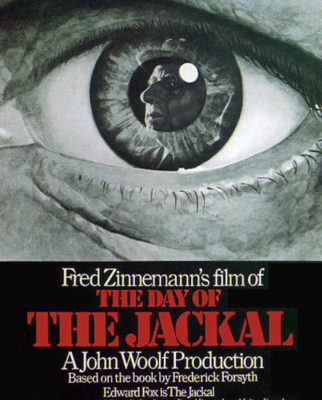 August 1962 was a stormy time for France. Many people believed that President Charles De Gaulle has betrayed the country by giving independence to Algeria. Extremists, mostly from the army, swore to kill him in revenge. They banded together in an underground movement and called themselves the “OAS.”

In 1971, Frederick Forsythe shot to bestseller status with his debut novel with a taut, utterly plausible, almost documentarian tale set 1962 during an attempt on French President Charles de Gaulle’s life by the far-right paramilitary organization OAS which ends in chaos when its architect-in-chief is executed by firing squad.

Demoralized and on the verge of bankruptcy, the OAS leaders meet in secret to plan their next move. In a last desperate attempt to eliminate de Gaulle, they opt to employ the services of a hired assassin outside the fold. Enter the Jackel (Edward Fox): charismatic, calculating, and cold as ice. As the Jackel closes in on his target, a race against the clock unfolds to identify and stop the killer whose identity, whereabouts and modus operandi are completely unknown.

Costarring talent from both sides of the Channel, including Michael Lonsdale, Derek Jacobi and Cyril Cusack and featuring the striking cinematography of Jean Tornier (Moonraker). If political thrillers are your preferred genre, you will love this great looking hi-def transfer of a timeless classic. MVD/Arrow films. 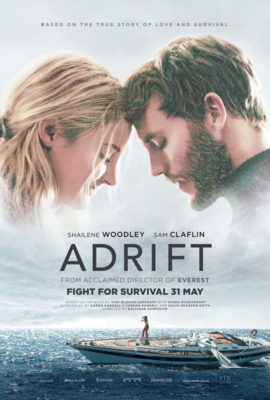 When all is lost, hope and strength keep Tami Oldham alive in this true and tense drama about the resilience of the human spirit and the transcendent power of love.

Shailene Woodley and Sam Claflin play two sailors on a journey across the ocean when they encounter one of the most catastrophic hurricanes of all time. In the aftermath of the storm, Tami awakens to find her fiancé Richard badly injured and their boat in tatters. With no hope for rescue, Tami must find the strength to save herself and the only man she has ever loved.