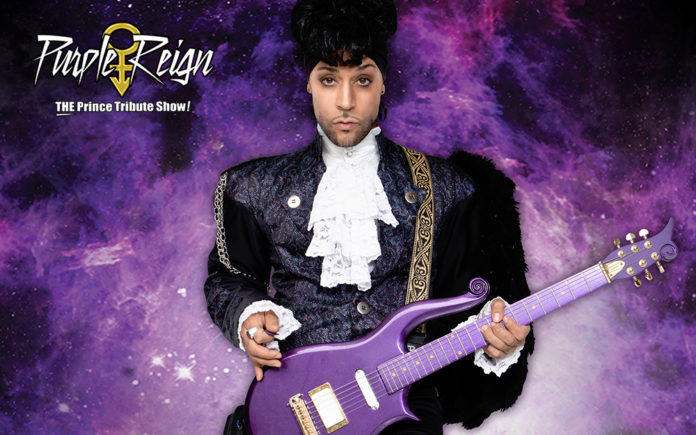 The enormously popular Prince tribute act, Purple Reign, returns for its second appearance at The Show at Agua Caliente Casino Resort Spa on Saturday, March 23, 2019, at 8 p.m. This award-winning tribute show, considered among the best of its kind in the world, makes its return to Rancho Mirage following its September 2018 performance at The Show.

Purple Reign captures the imagination and seamlessly recreates the blistering performances and raw energy of Prince in his prime and returns audiences to the era that made “The Artist” an international superstar. Featuring a tribute Morris Day and The Time, this show is a must-see for Purple Rain movie fans and live music fans alike.

From humble beginnings in small college clubs at the University of Las Vegas to being the first-ever tribute/impersonator act to appear as the musical guest on The Late Show with David Letterman – New Year’s Eve 2009, no less – Purple Reign has also been crowned “Best Tribute Act” by the 28th annual Las Vegas Review Journal poll, winning two awards from both the staff and its readers, and going on to win “Best Impersonator” in the Las Vegas Review Journal’s 2014 poll. Purple Reign was chosen as the season three opener for AXS TV’s The World’s Greatest Tribute Bands.

Audiences will once again be mesmerized by the magnificent, soulful music majesty of one of pop music’s greatest showmen in Purple Reign: The Prince Tribute Show.