By Noe Gutierrez
In Article Photos By Roxanna Angles

2019 Coachella Valley Music Award nominees for ‘Best Americana/Folk’ and ‘Best Country’ artist Reborn By The Sunshine are all set to release their first recorded material, These Old Feelin’s, on 4/26/19. RBTS has documented a four-song EP that channels that old familiar sound of roots rock alongside a nostalgia-inducing breath of Americana. RBTS includes James Dorris on guitar and vocals, Brett McLaughlin on bass and sings backup vocals, Chelsea Dorris on banjo and tambourine, Brian Gelesko on lead guitar, and Scott McLaughlin on drums.

Coachella Valley Weekly spoke with bandleader James Dorris as they prepare for their EP release show at Big Rock Pub on Friday, April 26, 2019. Providing support for their release is Desert Americana artist Rick Shelley and The Desert Dogs as well as High Desert concerted effort The Adobe Collective. The show starts at 8 p.m.

CVW: The EP appears to be a great representation of what you’re attempting to display in your sound. What are your feelings on the outcome of These Old Feelin’s? 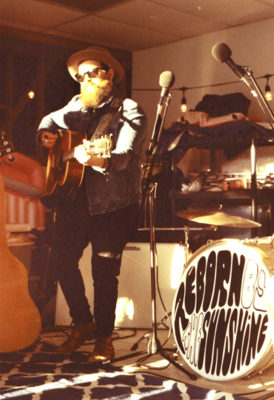 Dorris: “We are really excited about These Old Feelin’s! Being that this is our first official release of music as a band, we feel that we were able to present our sound exactly the way we intended to. An album doesn’t always turn out the way you first envision it and we did have plenty of inspiration-driven changes in the studio, but we poured our hearts into these four songs and I think this EP is a good representation of the larger picture of our sound.”

CVW: What are some of your sentiments about each band member, Brett, Chelsea, Brian and Scott, that they may not know you have of them?

Dorris: “We are a family. With the exception of my gorgeous wife Chelsea of course, I didn’t really know Brett, Scott, or Brian before having them become a part of RBTS. Everyone in this band is selfless, hardworking and committed to our vision. That is what I wanted to surround myself with when I first started RBTS and I couldn’t be more grateful to all of them for trusting me and putting their full heart and effort into our music. We are continually growing as a band and family and always have songs cooking.”

CVW: The EP will obviously be available on all major platforms 4/26/19. How soon will you be offering CDs and vinyl recordings of These Old Feelin’s? 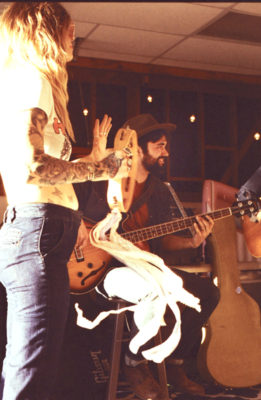 Dorris: “It will absolutely be available on all platforms and we will have CDs for sale at our EP Release show at Big Rock Pub alongside some new merch. We will also have a limited amount of vinyl records for sale, custom cut by my best friend and Coachella Valley native Ryan Schilling and his company American Vinyl Co out of Ashville, N.C.”

CVW: The desert’s not known for its overabundance of Americana artists. How did Reborn by the Sunshine decide this was the path they would take? Was there a conscious decision or is this the product of organic musical synthesis? 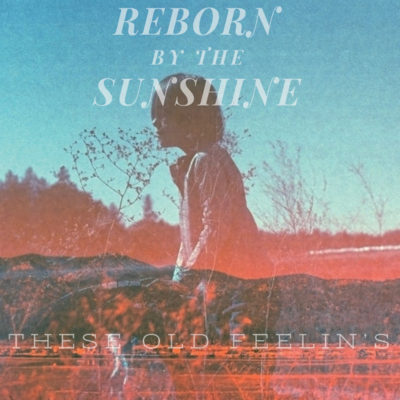 Dorris: “There has definitely always been a vision for RBTS from the very beginning; priority number one is that we always aim to make sure that our songs are from the heart and that our sound is something we can be proud of. It started with me and a guitar shortly after coming home from a summer tour of the south with our friends Christy Lynn Band. I was inspired and I needed to make music. After grinding out a couple of songs, Chelsea joined in on banjo and percussion and we had something going. Brett contacted us after hearing a couple of demos and after one rehearsal; we were immediately on the same page. He is a ‘ride-or-die’, just like me, and a wizard on the bass, so he was in. We then got Brian to try out and I loved his guitar playing and overall attitude when it came to making music, so he was in. We had some issues finding the right drummer and Brett suggested that his brother Scott could fill in for a while. Well Scott is not only a great drummer, but he brings so much personality to the band so after a few rehearsals he was in too! I don’t think anyone can keep their influences and the music they love listening to out of their songwriting. We love Creedence Clearwater Revival, The Band, and many other timeless artists and I think you can find those sounds embedded in our music.” 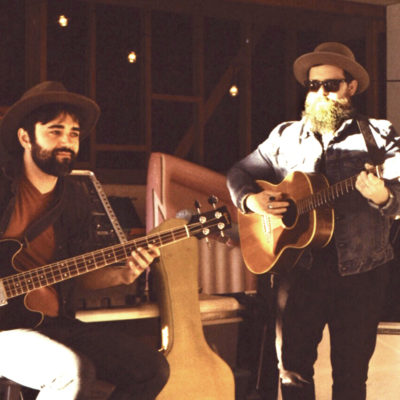 CVW: You have Rick Shelley and the Desert Dogs along with The Adobe Collective opening the show. What are your thoughts on your fellow Desert Americana artists?
Dorris: “I wanted this bill to be full of heart and these two bands have just that. Amazing songwriting from both groups and I have a deep respect for both bands. I’m excited!”
CVW: Your EP release show is at Big Rock Pub. How did you come to that decision?

Dorris: “Big Rock Pub is one of our favorite desert venues for a few reasons: 1. Lisa Lynn Morgan is awesome and she is always supporting local artists in any way she can.  2. We love the sound. Jeff Mazur does a great job and is always so professional. 3. The crowd at Big Rock Pub is full of many generations of listeners and they aren’t afraid to get up and dance! There is nothing more satisfying than playing your ass off and seeing the crowd let loose!”

CVW: You’ve shared with me in the past that a ‘hook’ can sometimes just come to you, you record melodies on your phone, and you build on that as a foundation for a song. Is this the norm or do you have other songwriting processes?

Dorris: “I’ve always said that inspiration chooses when, where and how it finds you and not the other way around. I believe that with all my soul. I’ve sat there for hours attempting to force it out (as I’m sure we all have) producing nothing but what may seem like nonsense at the time. On the other hand, I’ve had moments where it’s just pouring out and I know that I’m onto something good. The problem is that sometimes when inspiration shines her light on me, I might be waiting in line surrounded by a million people or taking a pee break in the studio ha-ha. But when you have it, you must capture it! So yes, I will pull out my phone and record a melody in that line I’m waiting in or voice out a guitar riff in that restroom and I’ll get whatever I can out of it. Sometimes I take entire songs to rehearsal or just a few seeds to see what we can make of them. Other times someone else might have an idea that we work on. If there is something to an idea, you can usually feel it. We then follow it wherever it takes us.”

CVW: You’ve also shared that having heart in everything you do musically is of utmost importance to you. Did you always have that feeling or has it developed over time? 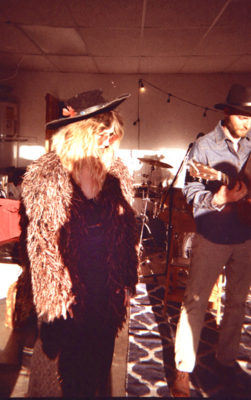 Dorris: “I want to say I’ve always had that feeling, but even if I have, I’m sure the meaning of that ‘feeling’ has changed over time just as I have. I’ve been through some tough times with loss in my life and have also experienced a lot of love. I’ve only been in this life a short time and already my experiences have made me a different person along the way. Where I am now, I not only want to have heart in what I do, but I need to as a release. It’s who I am and my band family feels the same way.”

CVW: We’ve joked about the “grey area” and how unfair it can sometimes be to classify and thereby inhibit artists who don’t necessarily fit into preconceived categories. With regard to the RBTS sound, what do you want listeners to derive from your music?

Dorris: “This is one of those topics that I’m sure has been around a long time in the realm of music. I don’t think it’s really unfair as much as it can be a deterrent for someone who may be interested in listening to your music when another person decides to categorize you as one genre or another. I’ve never really had much appreciation for putting music like ours in boxes or genres. If we have to call it one thing, then we’ll call it Rock N Roll. You will hear a diversity of influences interlaced throughout this record and our sound, but it always resonates around that Roots Rock/Americana core. I hope that anyone listening can find a way to relate to it in some way or another, whether it is lyrically or musically. Everyone hears a song in a different way and I think that’s the magic of music.”

Dorris: “Thank you to the people that work hard to support local music. Some people might not see the importance of a community surrounding local arts, but there’s nothing like having a strong foundation to build from. We have a tribe of incredibly talented people who have helped us put this record out and have helped us in so many other ways. We all have amazing families and people in our lives who support what we are doing and we could not do it without them. We’ll be releasing a music video very soon and so much more throughout the year. We hope to see you at our release show. This is only the beginning for RBTS!”