It’s that time again; Spring, when a young person’s fancy turns to love. No, not romantic love, that’s covered now by sexting and Snapchat. We’re talking about real, long-lasting, eternal love. The love of vinyl!  That’s right, Record Store Day is this Saturday.

Record Store Day was conceived in 2007 at a gathering of Independent record store owners and employees. It seemed like a wonderful way to celebrate the unique culture surrounding the nearly 1,400 independent stores that continue to thrive in the United States.

The first official Record Store Day happened on Saturday, April 19th, 2008.  Musicians and labels came together and created special vinyl and CD releases that were only available at the independent stores. Metallica acted as Record Store Day ambassadors, spending the day at Rasputin’s in Mill Valley, California, meeting and greeting their fans.

Since then, Record Store Day occurs on the third Saturday in April. Stores throughout the world participate. In the ensuing years, artists like Wilco, Mastodon and Emmy Lou Harris have popped up in local record stores offering support and encouragement for this unique event. Most recently, Jack White and Dave Grohl have acted as RSD ambassadors, this year, Metallica is reprising their role.

Music aficionado Jim Stephens originally opened the Record Alley in Palm Springs, back in 1978. Even then, discerning music fans throughout the Valley knew that Jim always carried the biggest and smartest selection of music, from Punk and Funk to Prog Rock and R&B. Relocating to the Westfield mall in 1985, his store has shaped music tastes here in the desert for nearly 40 years.

Along with his wife and co-owner, Shelly, Jim has always managed to stay on top of music trends. They rely on a knowledgeable staff, Dale Myers who has been at the store since the mid ‘90s. Eleni P. Austin, who has worked in music retail for 38 years, and Cory Heskett, who brings a sharp, twentysomething perspective. Record Alley has outlasted chain stores like Wherehouse, Music Plus and Sam Goody. Now they’re the only game in town.

This year, Record Store Day has hundreds of titles exclusive to independent Record retailers. “We order as much as we can,” shared Eleni P. Austin, who has been at the store for five years. “We won’t know what we are getting until Wednesday or Thursday, since we are competing with every other store for a finite amount of product.”

Highly anticipated releases include music from Deftones, Iron Maiden, Sublime, and the Vandals.   Austin says, “One album both Hip-Hop and Rock fans are looking forward to is the vinyl version of the early ‘90s soundtrack, Judgement Night. Each song is a collaboration between Rappers and Punk or Metal artists.”

There are live offerings from the Doors and the Grateful Dead. A trio of releases focus on late Hip-Hop visionaries like J. Dilla, Notorious B.I.G. and Ol’ Dirty Bastard. David Bowie has three picture discs on deck, which seems particularly poignant in the wake of his sudden passing.

Record Store Day has made a specialty of releasing split 7” singles where two artists cover the same song. This year, Bee Gees are paired with Faith No More, Willie Nelson and Uncle Tupelo cover a classic cut.  Warren Zevon and the Flamin’ Groovies offer original and reworked versions of “Werewolves Of London.”

“This is the event we wait for all year,” Austin shared. “Because it happens during Coachella, our local (and extremely loyal) clientele line up with visitors from all over the world. It’s ‘first come, first serve,’” she said. “But we try and accommodate everyone and make it a fun day and a great experience.”

Record Alley doors open at 10am. The store is located on the lower level of the Westfield Mall at 72840 Highway 111. For a current and complete list of on-going sales and merchandise check out their website www.recordalley.com. 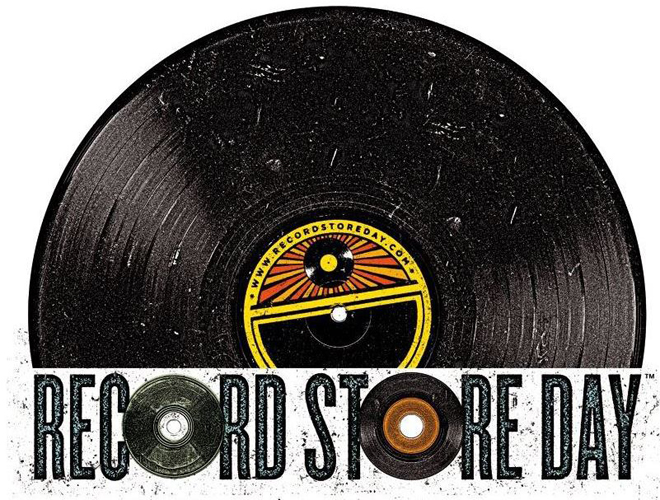