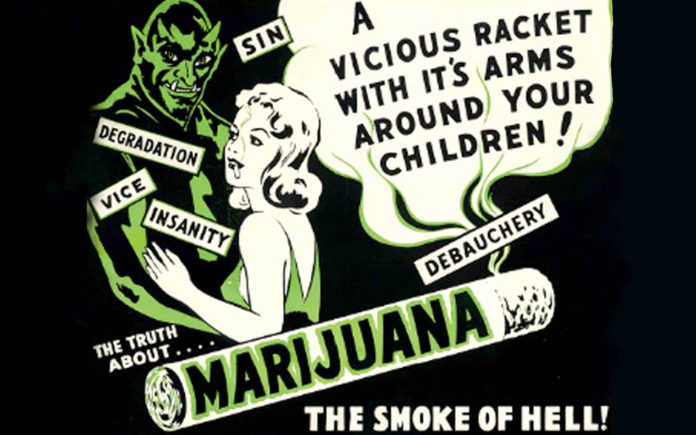 By Ruth A. Hill

Have you listened to the news lately? News anchors are spicing up the last five minutes of their broadcast to deliver the latest on how marijuana causes psychosis. The media saw coming over the AP a new study published in the British Journal The Lancet that half of all new cases of psychosis are due to cannabis.

Analysis of this study will show that the reporting on the conclusion is erroneous. It is a well-known fact patients who have depression, or any other mental illness self medicate. They often use marijuana along with other intoxicants.  Psychiatric patients coming to a clinic showing high use of marijuana does not then lead to a causal effect. Cannabis has been used for decades around the world in various disparate populations. The incidence of psychosis has remained static states Paul Armentano, NORML Deputy Director.

For those who want to dive into the weeds on scientific detail check out Armentano’s article for March 20, 2019 on the website truthout.org.

Makers of cigarettes and intoxicating drinks are getting on the bandwagon of cannabis infused products for recreational use. Users complain the taste of these infused beers is deplorable. Their claims of medicinal use as a cure for anxiety, muscle pain, addiction, and insomnia will be exaggerated.  Meanwhile cultivators of real medicinal products and seniors are being squeezed out of the medical market due to high excise taxes, and high sales taxes from seed to consumer.

Molson Coors and Hexo Corp. of Gatineau, Quebec, is looking to create water drinks, teas, energy drinks and sports recovery drinks with cannabis extracts. They could be sold as intoxicating alternatives to beer or liquor, or a nonintoxicating health drink akin to an herbal tea, coconut water or kombucha. Ron Silver, owner of Bubby’s restaurant in New York, has developed a sweetener Azuca. Alkaline Water Co., of Scottsdale, AZ. adopted a soaking and straining technique that separates water-soluble cannabidiol (CBD) compounds from the plant. Alkaline CEO Ricky Wright said the technique tones down the bitterness.

What these manufacturers are missing is the Entourage Effect the plant has when used medicinally. The entourage effect refers to the combined effect of all chemicals enzymes cannabinoids, and terpenes in the plant. This makes whole plant extraction greater than the sum of its parts, why cannabis from hemp has limitations. It may not have enough 9deltatetrahydrocannabinol (THC).

These companies are trying to create the Goldilocks product. Refine the plant to make it water soluble for bottled water, beer, soda. Change a terpene here or there to make the bottled water less brown. Change another terpene to decrease the taste, add a lemon taste, change the color of beer. It goes on and on because they are trying to force cannabis into all kinds of food.

Stop the Madness! Do not let this reefer madness 2.0 keep you from supporting the federal bills that will legalize marijuana. We must get the banking situation legal so seniors can order with a check or ATM card. There should be no more or less taxes on medicinal cannabis than there is on corn, or grapes the plants used for wine.

The lesson here is to avoid viewing news on TV or news magazines about cannabis. Using a good source on the Internet is best. Readers of my column know of many reliable scientific resources. Cannabis physicians and nurse websites are the best. Dr. Dustin Sulak at healer.com, Mara Gordon at medicaljane.com, the American Cannabis Nurses Association at cannabisnurses.org, and last but not least, my website holisticaring.com.

A last tidbit as you finish reading Cannabis Corner. CVS is ignoring the FDA and selling Cannabis products from Curaleaf in at least eight states. Those states include Alabama, California, Colorado, Illinois, Indiana, Kentucky, Maryland, and Tennessee. Curaleaf is a national brand that operates state-licensed, full-THC cannabis dispensaries in 11 states. I wonder what education the Pharmacist will give?