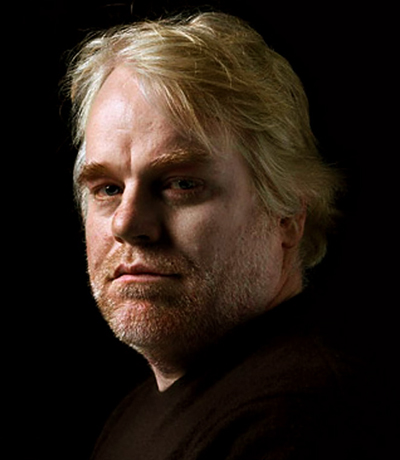 The news of Philip Seymour Hoffman’s sudden demise last weekend from an apparent heroin “overdose” (is there a normal dose of heroin?) was a punch in the gut. Here was a guy who was clearly at the peak of his considerable powers. He had fame, respect, money, kids and a job he loved. Why oh why is the high of life not enough? Especially for a guy like Hoffman who so clearly loved what he did so very well. Hoffman stole fire from the gods. But the flames were not as strong as the demons that rode him.

Many critics and fans consider Hoffman the best of our contemporary actors on stage and screen. On the occasion of Hoffman’s death, Steve Martin tweeted praise about his singular Willy Lowman in “Death of a Salesman.” There was an immediate outpouring of similar sentiment by co-workers, fans and friends — famous and not.

Although Hoffman was not particularly handsome, nor did he have a compelling voice, he connected with us by being utterly ordinary in an extraordinary way. Even in lesser roles, he intuitively exposed his complex humanity in subtle and sly ways. 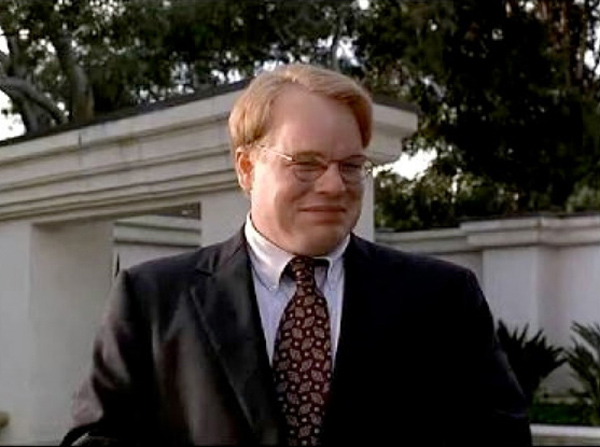 I think of his smaller parts, such as Brandt, the obsequious factotum to the actual big Lebowski in the titular 1998 film. Hoffman’s persnickety yet unctuous mannerisms are so perfect, especially in the light of the film class and cultural differences as a whole. In many ways, he’s the flip-side, the reverse image, of Jeff Bridges’ Lebowski. I wonder what thought went into Hoffman’s considerations for Brandt. I don’t recall seeing any such directions in the screenplay.

By my count, Hoffman has been in over 60 films. An avid lover of the stage, he has appeared on stage dozens of times — most to some kind of acclaim. Not bad for a public life cut off so early. I have not seen all of Hoffman’s movies, but certain titles pop up when I think of him. 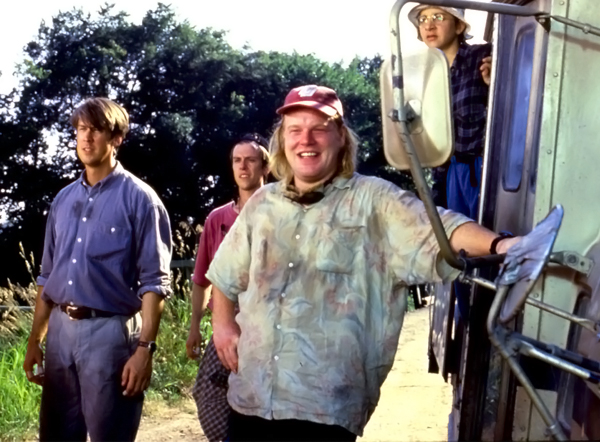 I recall first noticing Hoffman in SCENT OF A WOMAN (1992). It was his first big movie, although he acted in several very minor films before that.

A few years later I noticed him as Dusty, the storm chaser in TWISTER (1996), a film that had no pretensions of being anything beyond an effects driven thrill ride. I thought to myself, “that’s the same guy that was in Pacino’s movie. He’s pretty good. I like that guy. There’s something about him.” To me, he was the most interesting character. I don’t know why I thought that, but the movie came more alive when Hoffman was on screen – even with the big tornadoes trashing everything. There was something authentic about his geeky frat boy misfit. 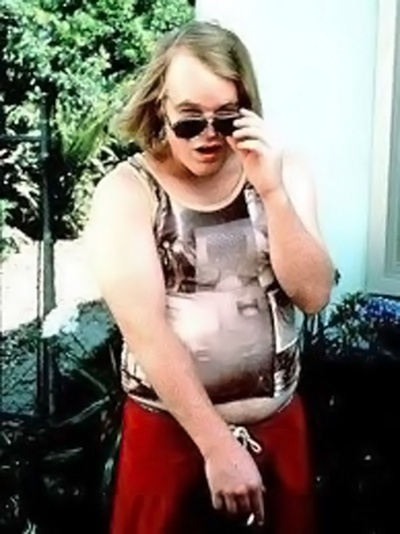 In HAPPINESS (1998), Hoffman is Allen, an overweight boyfriend who puts a curse on the girl who just broke up with him. He curses her family too. Some unsettling things unfold in this controversial dark, uhm, comedy from the mind of Todd Solondz. 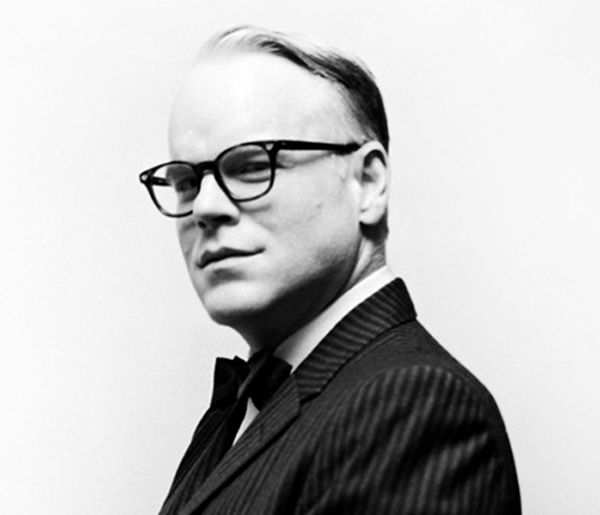 What more can possibly be said of Hoffman’s almost supernatural embodiment of writer Truman Capote in CAPOTE (2005)? His galvanizing portrayal of Capote, not just in mannerism and voice but also in his tortured soul, won him a Best Actor Oscar©. It’s been said of Hoffman that he had the ability to molecularly adjust his very being in the process of pretending to be another. If proof were needed, see again this film with that thought in mind.

I think of Hoffman’s over-extended broker Andy Hanson in Sidney Lumet’s BEFORE THE DEVIL KNOWS YOUR DEAD (2007). This thriller is the one about two distressed brothers who decide to rob their parent’s jewelry store. Naturally, it all goes very wrong. The banality of evil is certainly a primary element of this disturbing film. Throughout, Hoffman’s gives off a rising vapor of desperation rarely seen on screen. I didn’t like that he made me feel in my gut what that horrible emotion was like. But I admired his ability to make me feel it. 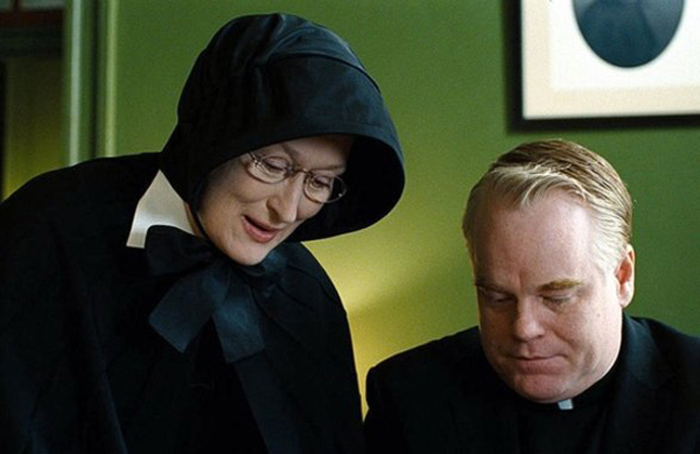 Hoffman is Father Brenden Flynn, an accused pedophile, in DOUBT (2008). Meryl Streep is strict principal Sister Aloysius, with whom Hoffman’s progressive Flynn faces off in a 1964 Bronx parish. I’ve seen this film with multiple audiences and there was ALWAYS a heated discussion about Flynn’s guilt or innocence. Both sides felt the answer was “obvious.” It’s not, thanks to Hoffman’s rare skill at conveying a fierce ambiguity that allows for our increasing concern for all those affected by the charges.

In JACK GOES BOATING (2010), Hoffman directed himself as a simple, introverted 40 something limo driver, Jack, who makes a heroic effort to go on a date. It’s a memorable performance, a middle-aged, coming-of-age odyssey set within a few Brooklyn blocks. 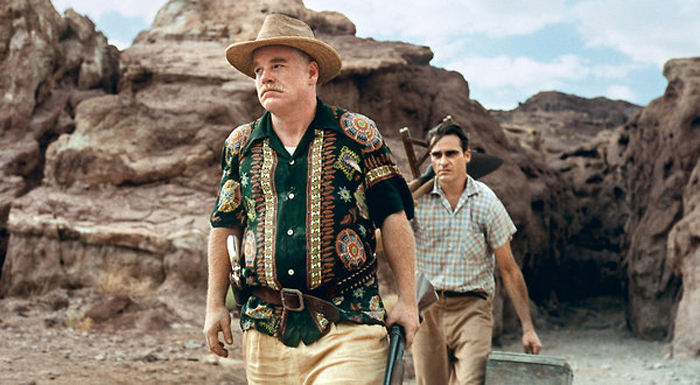 There’s no residue of Hoffman’s retinue of previous characters, ticks, mannerisms in THE MASTER (2012). His arrogant manipulator Lancaster Dodd has been widely understood to be a riff on Scientology founder L. Ron Hubbard. When Hoffman’s on screen, it’s easy to see how dangerous it is when certain pathologies collide. And how easily one can be seduced and abused by a well-dressed madman.

Hoffman knew how to read between the lines of a play or movie script and inject his own DNA into the character he was playing. Or was it the other way around? On the other hand, maybe Hoffman himself didn’t have a clue and it was all an unconscious thing that only happened on stage or in front of a camera during the moment of performance. When asked, Hoffman seemed unable to articulate how he could so seemingly effortlessly become other people. It’s as if he went somewhere and returned to the screen or stage with wisdom about what it means to be human.

Whatever the process, his mostly soft-spoken characters with a lazy voice generated an uncanny sense of concern and often empathy in the audience. For an actor who made no special effort to change his physicality, he became a truly different person from role to role. Hoffman said he had insecurities and fears like everybody, but got over it. “I was interested in the parts of me that struggled with those things,” he said. He admitted the process of becoming a character was torturous, but the end result so beautiful he had to do it. He said, “I am grateful to feel something so deeply. That’s my life.”

We will see Hoffman on the big screen through 2015. Besides the two part MOCKINGJAY sequels to the “Hunger Games” franchise, Hoffman has completed John Le Carré’s claustrophobic thriller A MOST WANTED MAN, in which he plays a surly German spy. He plays a small time con artist in the completed GOD’S POCKET, based on the popular Pete Dexter novel.

Philip Seymour Hoffman was a mysterious traveler to other worlds who brought back treasures and secrets about our collective humanity. He allowed us a rare peek into the strange, many faceted soul we share. He was our mirror. And he will be missed. RIP.