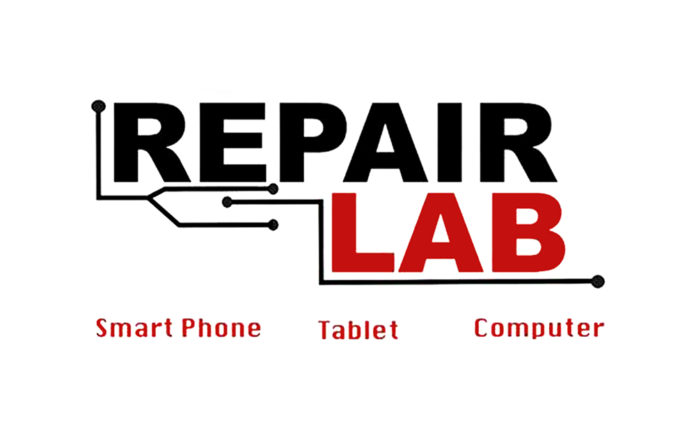 Repair Lab was established in 2014 by local entrepreneur Mark VanderPol. With a last name like VanderPol you would think Mark grew up Holland but he was actually born in Palm Springs and raised in Yucca Valley.  When growing up, Mark always liked being hands on and fixing things himself. “A friend from high school had a broken shattered iPhone 4 and she gave it to me, so I fixed it, then sold it on craigslist” remembers Mark. He would continue to buy broken phones to fix them and resell for a profit.

Once Mark graduated from Yucca High in 2013, he moved to Palm Springs and started placing ads on Craigslist for phone repair. With a desire to learn how to fix more complex issues, Mark attended several different micro soldering classes all over the country. In his first year he gained quite a reputation for fixing phones and tablets. Starting out of his car offering mobile repair, Mark’s dream was to eventually have a store where he could service devices, and offer clients a place to get help when needed. 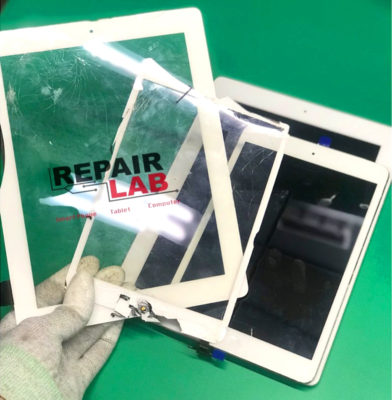 In 2017, that dream became a reality with the opening of his first store in Palm Springs at 1512 S Palm Canyon Dr. Mark is very proud of the fact that Repair Lab is locally owned and operated offering many different services including screen and battery replacements, micro soldering, carrier unlocking and so much more.

What sets Repair Lab apart from other repair shops is the ability to diagnose and fix common and not so common issues with electronic devices. “I have learned a skill set that allows me to fix issues that are usually told are unfixable and you need a new phone or tablet. This also allows us to recover important data from phones like contacts, pictures and notes, that may not have been backed up,” explains Mark. They also just added custom laser engraving for your devices or other items you would like to protect. 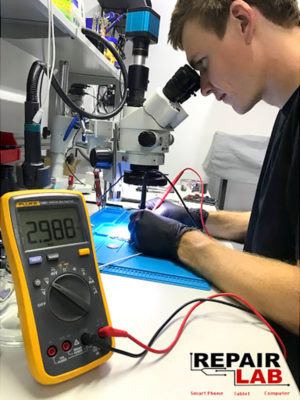 The team at Repair Lab is always trying to be up to date with new equipment and the most efficient and safest ways to repair your device. Due to their specialization in repair techniques, Repair Lab’s clientele has rapidly expanded. To meet the needs of its growing business the company decided to open a second store at 2018 located at 73540 Hwy 111 in Palm Desert. You can reach the Palm Desert store at (760) 423-6904 or the Palm Springs store at (760) 832-6658.