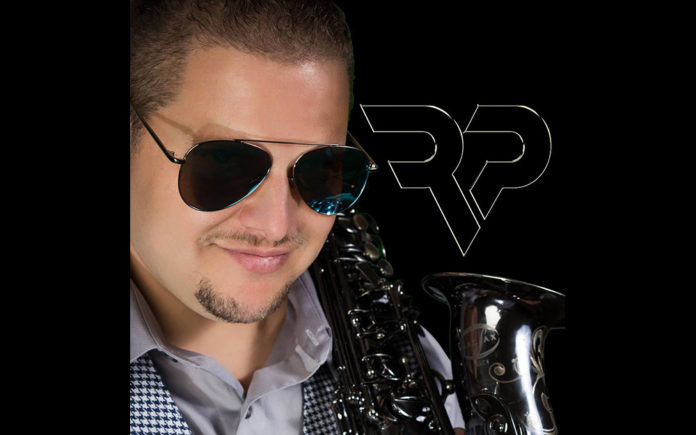 The most successful artists in the smooth jazz industry are also self-promoters. One of those is Rick Parma, a young man with a lot of ambition. Rick has a funky style and very danceable music combined with a sexy soulful sound on both the sax and vocals.

He’s releasing his 4th CD in 2018, which will again contain all originals. Rick heralds from Chicago and brings that funky sound with him. His new CD will be very upbeat with some slow sexy grooves “not typical” as he says. He’s going to combine this with a US tour to venues all over the country. He’s been very successful taking on promotions and events, selling out shows in Cerritos Ballroom, which seats over 300.

Taking on that magnitude of a project would be difficult at best but he’s got an ace in the hole. Rick Parma Adult Jazz Blast is his brainchild. He sends out free email blasts for artists in exchange for them adding their email lists to his blast. It’s a great way to get new jazz fans and promote artists and concerts.

His list has grown to over 150,000 over the last couple of years and he’s using it to hook up with artists in other locales to team up with them for a concert in their area. It’s a very ambitious project, but with Rick and his lovely talented wife Giselle behind it, I have no doubt they will be successful.

He and Giselle also started a travel agency that they are using to put together some trips and jazz events in the future.

Rick also just received a sax endorsement from Dakota Sax who endorses artists including Richard Elliot. He will have his own custom sax including his logo which he is very excited about.

Rick has performed and continues to perform with some of best artists in the business. This dynamic saxophone player, vocalist, composer, and recording artist is making waves in the smooth jazz community.

Rick and his band will be coming to the desert to perform in January at ‘A 420 Jazz Soiree’ on Monday, January 22 from 4:20 to 7:20 at the stunning Venus De Fido in Palm Desert. This huge 27,000 square foot facility has a stunning ballroom where Rick and his band will be performing. He will be joined by Deanna Bogart (blusion artist) on the grand piano in the Grand Lobby and on the outdoor patio Amsterdam Connection with Naomi Adriaansz and Tim Welvaars. This popular duo, she on sax and he on jazz harmonica, and will be coming in from Amsterdam for this event.

The event performance will turn into a jazz jam with all of the artists towards the end of the event, with all of the musicians performing together. Some of the local favorites including Michael D’Angelo, the popular singer with the jazzy Latin dance steps, and Flamenco guitarist and vocalist Alex Santana, will also join in the jam.