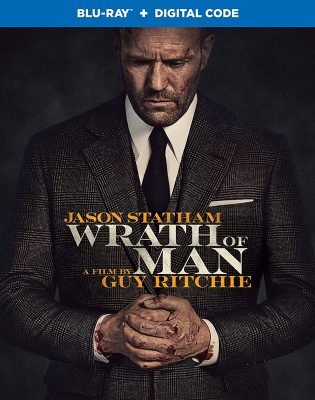 According to the studio’s synopsis: “ A mysterious and wild-eyed new security guard for a cash truck service surprises his co-worker when he unleashes formerly hidden precision skills during a heist.

The crew — and audience — is left wondering who he is and where he came from.  It’s not long before the newly revealed marksman’s ultimate motive becomes clear as he takes dramatic and irreversible steps to settle a score.

This reviewer wondered if Ritchie still has fun making movies.  Stathan’s charismatic screen personae is on full display and fans of his “Transporter” character will not be disappointed, although this film is most certainly not a character driven story but a rather brutal, dark and stark examination of thuggery, revenge and mob rivalries.  The action is edge-of-your-seat, intense and big.  It pops on a big screen display whether at home or in a theater.  MGM, MIRAMAX and WB.  Blu-ray. 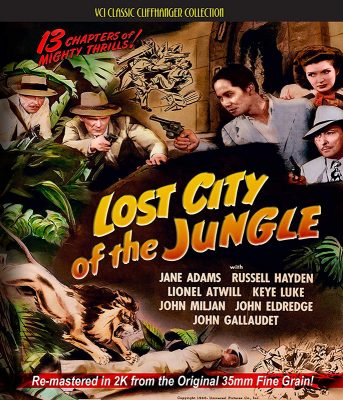 Among the most popular is certainly VCI’s “LOST CITY IN THE JUNGLE.”  All thirteen thrilling chapters have been remastered in 2K (from original 35mm fine grain).

The fast-paced plot is set in the aftermath of WWII.  War-monger Sir Eric Hazarias (Lionel Atwill) is the catalyst for starting WWIII!  His search for Meteroium 245, the only proven defense against the atom bomb, leads him to mythic Pendrang.