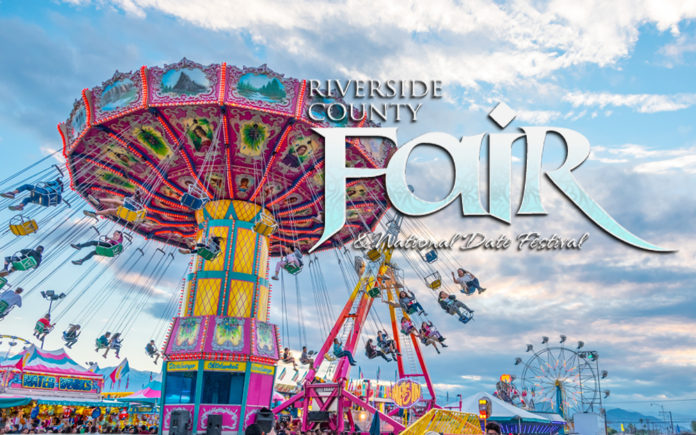 The Riverside County Fair & National Date Festival invites the public to join in the fun as its gates open on Friday, February 16th, immediately following the 9:30am opening ceremony with Fantasy $5 Friday. Admission is $5 all day long opening day of the Fair, thanks to our Presenting Sponsor, Fantasy Springs Resort Casino. The opening ceremony will include the blessing of the dates and a date shake toast by the Fair’s Queen Scheherazade and her royal court. Fairground entertainers will be onsite amusing the crowds with street-fair performances.

The Annual Riverside County Fair & National Date Festival is pleased to announce a star-studded performer lineup for the 2018 Fair.

Back by popular demand, WAR is set to take the stage on opening Friday, February 16th at 7:30 p.m. Fairgoers can once again groove to WAR’s, “Why Can’t We Be Friends?,” “Slippin’ Into Darkness,” “Don’t Let No One Get You Down,” “Cisco Kid,” and “Low Rider.”

Los Rieleros Del Norte will perform at the Fair on Sunday, February 18th at 7:30 p.m. The band is one of the oldest norteño bands performing today. Los Rieleros del Norte have recorded many albums over the years and include: Estampida Norteña, Prieta Orgullos and Aventura Pasada. Among their many songs, “El Columpio,” “Te Quiero Mucho,” “Amor Prohibido,” “No le Digas a Nadie” and “Copa Sin Vino” are just a few of their many singles, which have been at the top of the Mexican music Billboards.

Lou Gramm, founding member of Foreigner, with Foghat will perform at the Fair Saturday, February 24th at 7:00 p.m. Gramm became one of the most successful rock vocalists of the late 1970s and 1980s with Foreigner. Their hit songs included, “Feels Like the First Time,” “Cold as Ice” and “Hot Blooded.” His unique vocals made Foreigner one of the Billboard’s Top 100 Artists of All Time in hit songs history. Foghat is truly a timeless band with hits like “Slow Ride,” “Fool for the City” and “Third Time Lucky.” Foghat has earned eight Gold records, one Platinum and one Double-Platinum record.

On the last day of the Fair, Sunday, February 26th, Super Fiesta will pack the house with excitement. Performing in the Fantasy Springs Concert Pavilion at 3pm is Los Tequileros de Ramon Jimenez, Banda Pachuco and Carmen Jara.

The Riverside County Fair & National Date Festival is presented by Fantasy Springs Resort Casino, the desert’s leader in gaming and entertainment. The Fair, in Indio, runs February 16-25. Gates are open 10 a.m. – 10 p.m. from Friday-Monday and noon-10 p.m. Tuesday-Thursday. Purchase your tickets early to take advantage of the discounted prices: $10 for adults, $9 for seniors, $8 for youth, $8 for group tickets or bus tours (minimum of 25), and $22 for Unlimited Carnival Ride Wristbands. For more information, call 800.811.FAIR or visit www.datefest.org where you can buy and print your Fair tickets at home.