Article and Photos By Scott Pam

Maybe it was seeing the Hunger Games so many times and watching Katniss hit every target except one or Hawkeye in the recent Avengers movie; it could also be my love of the Lord of the Rings trilogy…

Robin Hood Archery hosts Saturday Specials for $5.00 at 10:00 A.M. and 11:30 A.M. I had been hearing the ad for weeks on the radio and saw it in print. I could not wait to try it out and see if I had what it takes to even begin archery. From their website I sent an email requesting more information three days before to make sure that I had a spot in the class. To get the special, you have to make a reservation by phone or email them first.

This was my first formal archery lesson even though I had tried archery when I was in Boy Scouts over 30 years ago. We never got lessons but were handed bows and arrows – we just shot at the targets that were downrange, sometimes hitting them and mostly missing them.

Many years after Boy Scouts, I got to try archery again during my winter trips to Frost Valley, New York. No matter how hard I tried, I could never hit the targets. I did manage to get some good hiking in to retrieve the arrows that made it past the target, which is all of them.

My instructor, Josahan Jaime, one of the family members who have owned Robin Hood Archery for 22 years, started archery when she was six. Josahan has garnered a few medals along the way, was the two time Junior National Archery Champion and was on the Texas A&M Archery Team.

We started with the basics – safety – no one in front of the shooting line, no dry firing bows, arrow pointed down and moved to the basics of form.

Josahan, Jos for short, showed me the proper stance, the correct grip on the bow, which will surprise most new archers, and how to get three fingers on the string after properly placing the end of the arrow at the nock.

Next we covered the five steps of shooting and then it was on to shooting arrows at the targets. I aligned my body up, first making sure my weight was evenly distributed and my feet were shoulder width apart perpendicular to the target. Next I presented the bow as she taught me, with the specific way to place my hands on the grip.

Using my left hand, yup, I’m a lefty, I placed the notch in the arrow at the nocking point and then put my three fingers on the string at the guard and brought my left arm back until my fingers were under my left cheek and the bowstring was touching my nose. I did not know that was supposed to be a part of the form. After bringing my elbow back a little further, I released my first arrow.

It hit just above the center of the target in the blue zone. I was thrilled to even hit the massive target at all.

Over the next hour, Jos helped me refine my archery to getting all three arrows into the center yellow zone. In the middle of the lesson, she had me switch to a compound bow.

I could not hit the target with the compound bow. I tried a few times and barely got the arrow onto the target, let alone in the blue area at the outside rings. At least there was a backstop so I would not have to hike too far to retrieve my arrows.

Hunters favor the compound bow as it delivers more power to the target than the recurve bow. I found it to be unmanageable, but again this was my first time practicing archery correctly. Perhaps with more practice, I might be able to hit the targets with the compound bow, and with the reasonable rates for rentals and practice time, this is a hobby I can get into and really give that style of bow a true chance.

I switched back to the recurve bow, which I think is more elegant for archery. Maybe I am just old fashioned, but the recurve bow just seems to be my definition of archery.

I drew the bowstring back to my face, my nose touching it. I had already checked my feet, my hips, made sure my right shoulder was lowered and the inside crease of my elbow perpendicular to the ground to avoid having the Bowstring get the inside of my forearm, a common problem for beginners my instructor explained.

I had three fingers just below the nocking point, resting just below my chin. I slowly relaxed my three fingers and let the arrow fly. The arrow flew from my fingertips. With a pop and a thud, I had hit the balloon in the center of the target. This was the last set of the three arrows in the lesson. I launched the next two arrows and also got them in the center of the target.

Truly, I was amazed that I could hit the targets with such accuracy after only one lesson. Kudos to my instructor! 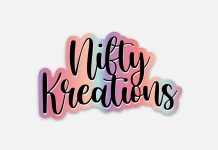 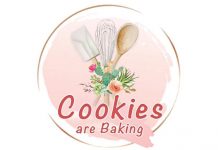