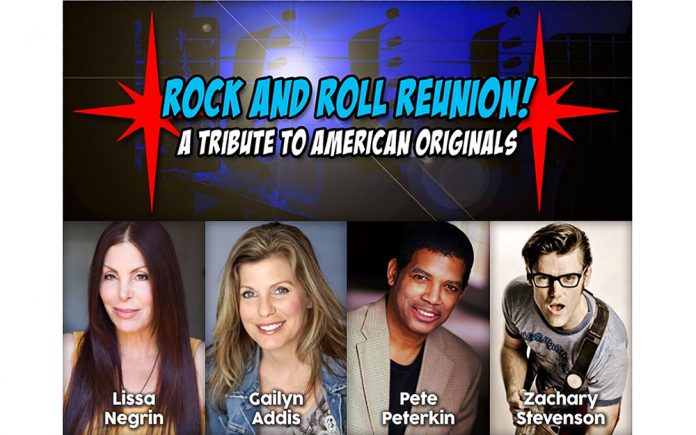 Lissa Negrin began her career as a comedy writer and producer for HBO and Fox and has been a singer and actress for decades. Years of producing shows for The Mirage, The Bellagio, and countless casinos in Vegas as well as Canada – she honed her skills in the interactive world of live theater. She is also an acclaimed Cher Tribute Artist, appearing in arenas and on television, most recently on The Talk with Cher herself!

Gailyn Addis has travelled the world as an entertainer/impersonator as Marilyn Monroe & Liza Minnelli among others. Her work as Marilyn has been featured in film, T.V., and commercials, and she is a published author of the book “Be Marilyn, A Glamourous Guide to Living Blonde”.

These long-time friends have merged their talents and love for entertaining to create Premeditated Productions Palm Springs, vowing to bring top notch entertainment to audiences in the Coachella Valley and worldwide, bringing their signature ‘personal touch’ to each show.

Their current production ROCK N ROLL REUNION- A Tribute to Jerry Lee Lewis, Ray Charles, Buddy Holly and Little Richard will kick off it’s tour in Palm Springs this February, playing throughout Southern California before heading to Phoenix in March. It’s a romp down memory lane with a twist of High School Reunion High Jinx. Both Addis and Negrin appear in the show, but the leading characters are the uber talented Pete Peterkin and Zachary Stevenson.

Pete Peterkin began his career as a comedy writer and performer for a major L.A. radio station. Soon, his outrageous ability to impersonate the voices of Ray Charles, Stevie Wonder, Little Richard, Jimi Hendrix, Sammy Davis Jr. and many more was discovered. He has performed world-wide, even opening for Michael Jackson at Super Bowl 27! His talent landed him on America’s Got Talent where he was a finalist. Recently he headlined in Vegas in Solid Gold Soul and in The Greatest Piano Men.

Meet Zachary Stevenson…a performer who has been coined a “dead ringer for dead singers” by The Victoria Times Colonist – for portrayals of Buddy Holly, Hank Williams, Phil Ochs, Elvis and Jerry Lee Lewis. He won the prestigious Jeff Award in Chicago for Outstanding Performance by Lead Actor for the Broadway musical, “The Buddy Holly Story”. He is active as a music director and is currently writing a one-man show based on the life of folk singer Phil Ochs entitled Louder Than the Guns.