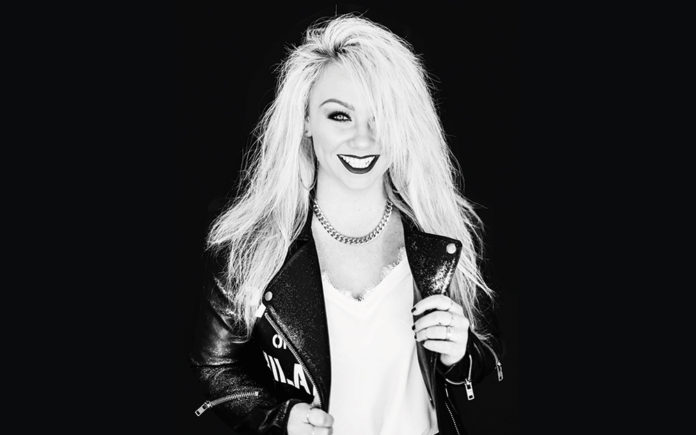 Up and coming singer Roxie Jane Barnett is performing at Costas Nightclub on Saturday, January 27 at 10 p.m. to announce the release of her new album, Burning Bright. Though an established singer, Barnett is new to the desert music scene and this will be her second time playing here. “I’ve performed at The Roadhouse. That was a really great venue just because I felt super welcome… it was my first venue that was in Palm Springs. Playing at Costas will be my first time performing in Palm Desert. It’s really my first performance breaking into the valley so definitely really excited to be fresh on the scene,” she says, noting that Costas is the perfect venue for her album release party to take place. “I wanted to kind of jump into the valley and be kind of fresh on the scene. I’ve looked at [Costas] Instagram, they have such a great venue and I can tell that the place is really great… people are always coming there and they’re enjoying themselves and the show. I just wanted to be able to jump into a new venue and bring a fresh sound to it… hopefully people will dig it.” 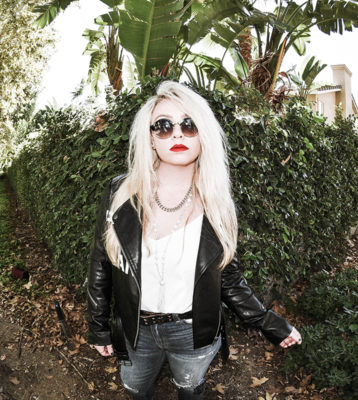 Barnett has a lot of experience performing and regularly performs at churches, in addition to doing a tour for her first album, Chick Flair, which came out two years ago. “I’ve performed in churches over a long period of time. It’s something that I’ve done and probably always will be a part of me. I’ve performed at Harvest in Riverside, at The Packinghouse in Redlands… but I also play other gigs,” she says. “I actually toured Ireland and the U.K. when I released my last EP and that was really cool, I got to play at some really great venues. I played at the Bedford, and that was the same place where Ed Sheeran released his CD Live at the Bedford. And I love Ed Sheeran. It was super cool to be able to play exactly where he played when he was gaining his following… and just going for the top so that was definitely super cool. When I was in Ireland and the U.K., I played a lot of pubs and clubs so I’m trying to reach out to various groups of people, various crowds. I think my music can connect with anyone who’s really willing to just listen to it and I think it’s a good connecting point.”

Barnett’s music can easily be described as pop but she better describes it as “old-school mixed with new-schoo.” and she is eager to use her music to connect with her fans. “I like to think that the music that I’m writing is something people can connect with. I want it to be messages that people can say ‘Oh, I’ve been there’ or ‘Oh, I want to be there.’ I want it to be something that people can totally feel and enjoy the beat; they want to dance with it and smile to it and cry with it. I want to mix raw emotion with good music. I want it to be authentic and real,” she says.

Though she says that she continues to be proud of Chick Flair, Barnett thinks that Burning Bright shows her growth as a musician. “I think that… Burning Bright… is going to really showcase that my vocals have grown a lot, my songwriting has grown… it has a new fresh pop sound, but I think you can hear the kind of old-school, like classic rock influences. This new album has much more real instrumentation… I wanted it to be… pop but I wanted you to hear the electric and feel the drums and hear the acoustic… pop with a twist,” she says, going on to emphasize that her music reflects her personal growth as well. “When people are listening to it I want it to be so transparent that ‘This is a real experience I went through and I want you to feel it too.’ There’s a song for every feeling in this EP.”

Her genuine passion for music seems to be bringing Barnett success; according to her, one of the songs from Burning Bright, “You and I,” has accumulated almost a million views. In addition, one of her songs gained enough attention that it is currently being pitched to Carrie Underwood to include on one of her albums. Though she doesn’t yet know if the song will be picked up by Underwood, Barnett says, “It felt so encouraging to receive their interest and response.”

Barnett will be having a second album release party on February 18 at The District in Redlands. More information can be found on roxiejanemusic.com