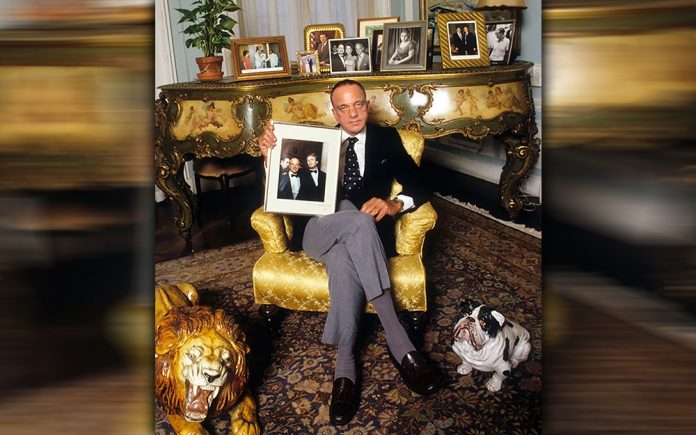 In politics, you can generally learn more about a candidate by who they choose to associate with over what they say.  Whether it is money or advice, politicians normally have powerful friends who help them along the way.

The Grand Old Party constantly reminded us of former President Obama’s relationship with William Ayers.  When Sarah Palin was running for Vice President with Senator John McCain in 2008, she compared Obama’s friendship with Ayers as “palling around with terrorists.”  The concern was first brought up by former Clinton advisor and ABC host, George Stephanopoulos as part of a presidential primary debate that included Hilary Clinton.

It appears that Obama and Ayers both dated the same person in 1984.  About ten years later, Obama and Ayers worked together on several education issues in Chicago.  While Obama tried to downplay his connection to Ayers for obvious reasons, they had a solid bond that lasted for decades.

Would it surprise you that former President Donald Trump has his own version of Bill Ayers?  Many blame Trump’s aggressive and litigious style on his relationship with lawyer, Roy Cohn.

In the forty-five years prior to running for President, Trump was involved in roughly 4,000 lawsuits.  His history in the courts goes back to 1973 when the government was suing Trump for violating the Fair Housing Act in 39 apartment buildings.  In looking for an attorney to help him fight these charges, Trump hired Roy Cohn.  Almost immediately, Cohn countersue the government for $100 million for “irresponsible and baseless” claims.  Eventually, Trump settled out of court and stated that they were “happy” that the settlement did not require that they rent to “persons on welfare”.  Four years later, Trump was taken back to court for violating the terms of the settlement.  This is one of the earliest examples of a legal strategy that Trump would use for the rest of his life – counter-sue, be loud and public and claim victory no matter the outcome.

Lawyer Victor Kovner says, “You knew when you were in Cohn’s presence you were in the presence of pure evil.”  Cohn gained that reputation due to his empty threats, frivolous lawsuits, and apparent willingness to lie in order to win.

Cohn came onto the scene in 1948 when he secured the conviction and execution of Julius and Ether Rosenberg for selling nuclear secrets to the Soviet Union.  This led to a lead role in the McCarthy hearings where many were prosecuted for communist sympathies. Cohn was known to be ruthless in the courts where he was repeatedly accused of doctoring evidence and making false claims.  Claims of bribery, fraud and obstruction of justice dogged him throughout his career.  Friend Alan Dershowitz called Cohn “the ultimate fixer” while acknowledging Cohn’s less than upstanding methods.

Cohn’s style eventually led to his disbarment as an attorney in 1986.  Shortly afterwards, Cohn died of AIDS.  While Cohn strongly denied that he was gay, he was known to have intimate relations with Cardinal Francis Spelman of the Catholic Church along with many others.  Upon his death, the IRS seized his assets for tax evasion.

Gossip columnist, Liz Smith was a friend to both Trump and Cohn wrote, “Donald lost his moral compass when he made an alliance with Roy Cohn.”

Prior to his death in 1986, Cohn introduced Rupert Murdoch to Trump.  He is also responsible for Trump’s relationship with GOP political dirty trickster, Roger Stone.

Whether it is Trump, Obama, Nixon, Clinton or another, friendships, and behaviors prior to entering the Oval Office give us the best guide as to the leader we love or loathe.  Trump is a protégé of Roy Cohn – a deceitful and corrupt person – just as others are progeny of others.