JUMANJI: Welcome to the Jungle 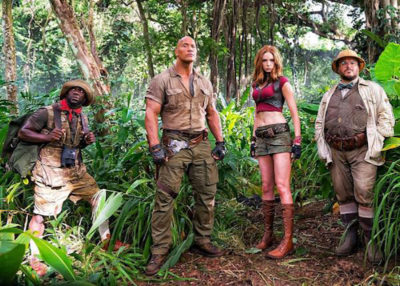 A winning cast charms in this lightweight and fun reboot of the 1995 fantasy adventure film based on the beautifully illustrated 1981 children’s book by Chris Van Allsburg .  The set-up has Spencer, Fridge, Martha and Bethany, four high school kids, finding and playing an old video game that’s new to them.  Suddenly, they are literally sucked into the game’s alternate jungle world (a CGI marvel).  Each player morphs into one of the game’s avatars of their choosing.  Jack Black’s popular teen Bethany steals the show.  Wallflower Martha’s (Karen Gillan) badass warrior incarnation is a delight and just right for the times.  Spencer becomes a daring adventurer (Dwayne Johnson). 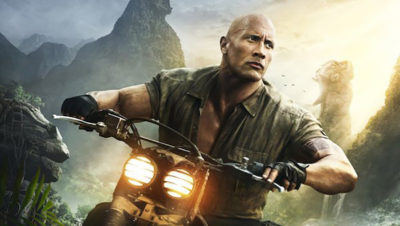 The players realize quickly that you don’t just play Jumanji — you survive it! However, to beat the game and return to the real world, they have to go on the most dangerous quest of their lives and discover what gamer Alan Parrish left behind 20 years ago or they’ll be stuck in the game forever.  They can only be free when they change the way they think about themselves and embrace their newly earned empowerment.

Even though action substitutes for character development, the life lessons are still valid and propel the story. 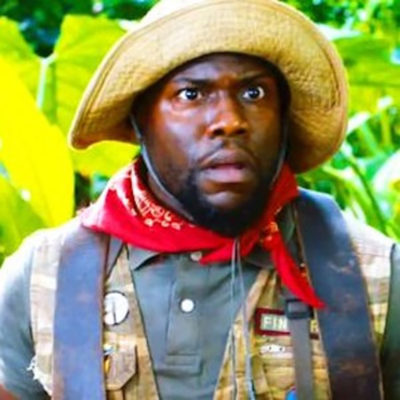 Director Jake Kasdan’s attention to detail and pacing keeps it all eye-catching and engaging.  His knack for cool set pieces is a saving grace considering the something so broad and meaningless.  But if you’re looking for a thrilling amusement park ride that is bloodless and funnier than expected, this nostalgia packed high-spirited adventure’s for you.  “Jumanji: Welcome to the Jungle” is the definition of a satisfying family film.  Adults won’t be bored and kids will love it. 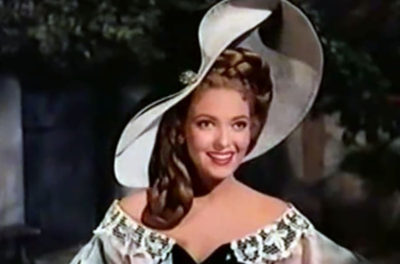 Decked out in gorgeous hi-def for it’s 70th Anniversary; the celebrated Technicolor® tale of a spirited peasant beauty’s scandalous rise as a 17th century courtesan.  This lavish box-sensation starring a truly radiant Linda Darnel in the title role was directed by the formidable Otto Preminger literally reverberates with a lush Oscar© nominated score by David Raskin.

Preminger’s lush adaptation of Kathleen Winsor’s controversial best seller  — it was condemned by the Catholic Church! — brings alive the notorious tale of Amber St. Claire, an opportunistic wench who, hopping from bed to bed, rises to become the mistress of the roguish King Charles II (a terrific George Sanders). 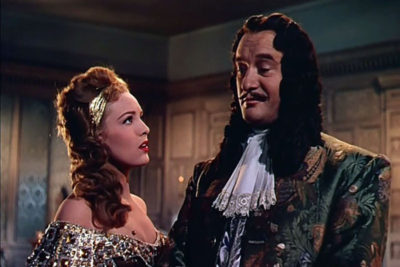 Meanwhile she can only briefly hold on to her true love, the cavalier Bruce Carlton (Cornel Wilde), although she tries her best, through the traumas of the bubonic plague and the Great Fire of London.

A nice extra is the featurette “Linda Darnell: Hollywood’s Fallen Angel.” The wonderful Raskin score can be enjoyed as an isolated track on this limited edition collectible (only 3,000 units).  Twilight Time Movies.  Blu ray.