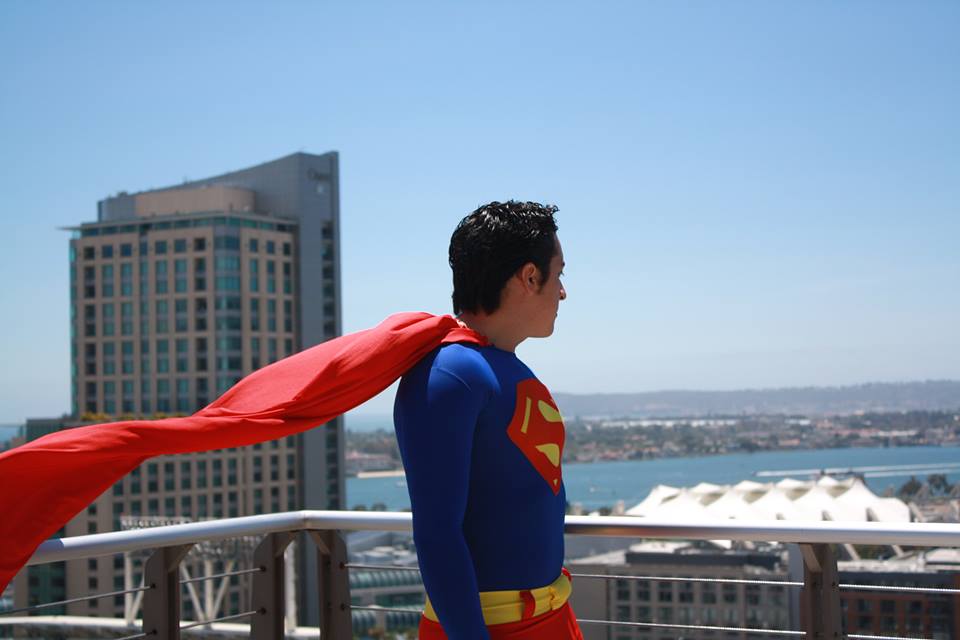 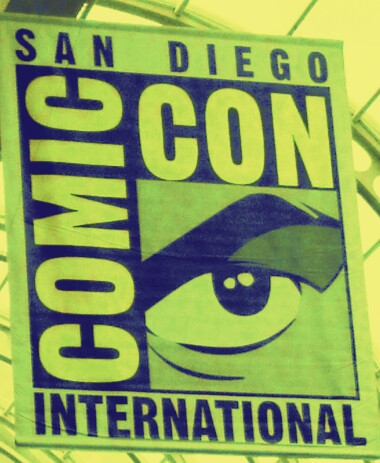 By Jennifer Tan AKA Mrs Fett

This article is a bittersweet one. Bitter in the sense that it means San Diego Comic Con has come to an end, and sweet in the sense that I get to share all of my amazing experiences with everyone. The entire week was a cyclone of cosplayers, previews, exclusives, anime, Magic: The Gathering tournaments, autographs, and parties.
Preview night has always been about exactly that. Previewing exclusive merchandise, getting to know the floor, and planning out the rest of your week. This year, they went out of their usual routine, and allowed vendors to sell their merch, causing absolute line chaos. As I walked the floor, my attention was grabbed by a few things off the bat. The Xbox One, and PS4 demo areas, featuring some of their headlining games, and consoles on display, and the Walking Dead booth, featuring a prison theme, a zombie photo booth, and the Governor’s lounge, complete with the wall of jarred heads. 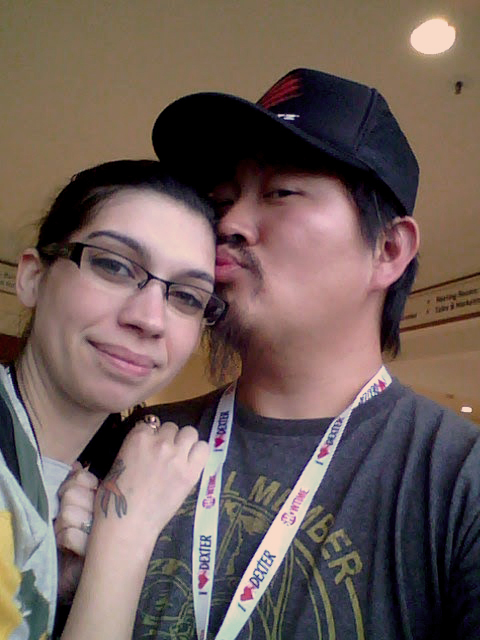 After walking the floor, almost literally running into Jim Lee, while he was doing autographs, and watching Ming Bob turn into the creepy fan that says nothing and snaps a photo, the day came to an end, and it was time to head to the highly anticipated Mad Catz Unveiled Party. Thanks to Project Gaems, who was kind enough to give me VIP access, I got my hands on some amazing titles from Mad Catz, including Killer Instinct, Elsword, and Dark. VIP lounge featured SF4 Arcade Edition, on Xbox and PS3, all played on the Vanguard portable gaming units, by Project Gaems, extremely impressive screen resolutions, and overall design, but more on that in the future. The IMAX Killer Instinct dual was amazing, and so were the gift bags on the way out, with full copies of the games, and an awesome Pair of Tritton Kunai universal headphones!
For the first time ever, I was able to go to an actual, sanctioned Magic: The Gathering event, and it was far from disappointing. Free starter decks in every color, exclusive foil cards, and hundreds of eager, and friendly planeswalkers ready to battle it out, friendly or wagered. I played in my first tournament, lost, but the experience was well worth it! And! you get to keep the cards you pull!

Saturday, the busiest day at Comic-Con, featured two firsts in SDCC history. I cosplayed as Mrs Fett for the first time ever, and I single handedly, created an art war between some of the greatest artists in MTG’s archive.
The Mrs Fett cosplay was an original design, created, and executed by myself. Through sheer distraction, Not only did I forget all of my jeans, but I also forgot the ammo belt, and gun, that completed the outfit. Never-the-less, I wore my cosplay, and owned it like a CHAMP! I took photos with attendees, and fellow cosplayers, and even though I was not confident in my cosplay, received dozens of compliments on tailoring, and distressing details. So many times, I either moved hair from my face, or scratched my nose, leaving me with random black smudges that I would have to clean up. 12 hours of high heels, and a bare stomach later, I was relieved when it was time to go home, and sleep.
Many wars have been started by a woman including Cleopatra, and Queen Elizabeth, and I am proud to say, I am now in that pool. No one died, (literally) in my war, but the 5 hour battle left a mark in Comic Con’s history, and my own. The plan was to have a simple white playmat (used to play MTG and protect your cards) autographed, by some of the artists attending the con, who created the art for the cards. Steve Argyle, was the first to sign the mat, and feature a tiny, adorable triangularly shaped angle above it. This would not stand for long, and after asking for a few more autographs, John Stanko, Mark Winters, Jason Engle, and the highly respected and talented Todd Lockwood, all entered the battlefield, peeing, pooping, eating, and sodomizing each other’s creatures, until the war finally ended, courtesy of Jason Engle’s ninja, stabbing Todd Lockwood’s demon in the back of the head. It was all in good fun, and the artists loved seeing the rebuttals to their artwork. I went to get an autographed playmat, came out with a piece of art, that will be framed, and never played on instead. Luckily, I have a plain back up one I can use! 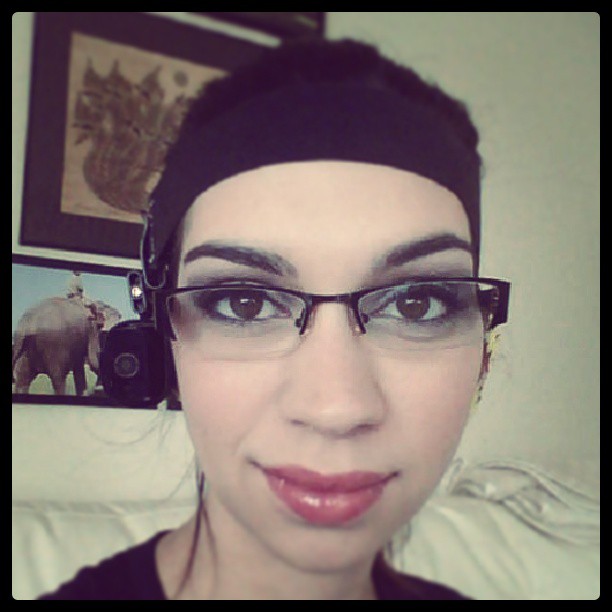 While all of this was going on, not only was I wearing, and promoting NewBreed Girl clothing, and handing out awesome swag, I was also wearing my Looxcie HD camera, so I could record a majority of the adventure as it happened. The responses to the camera were hilarious. I created a game called, awkward eye contact, which is basically me making eye contact with random strangers, then watching their initial reaction when they realize there is a camera attached to my head. My favorite responses were “what’s your costume? like a Cyborg or a robot?” and “DUDE! You totally look like you jumped out of Black Ops/Call Of Duty! Ready to kick some ass!” The camera was comfortable, and ran like a champ. Ming brought his camera as well, and thought it would be hilarious to place his centered in on the bill of his hat, creating the Gonzo Cam.
SDCC is over, and I am already planning SDCC 14. with bags and bags of freebies to put away, toys to unpack, and clothes to hang, I am sure I have plenty to keep me occupied until then. Plus! PAX Prime is right around the corner, I have new tech to review, and games to livestream. Vlogs coming soon, including the entire story, of the Engle Lockwood War, which you are not going to want to miss! 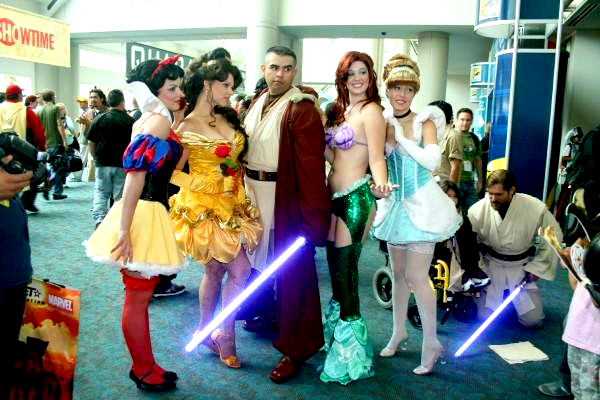 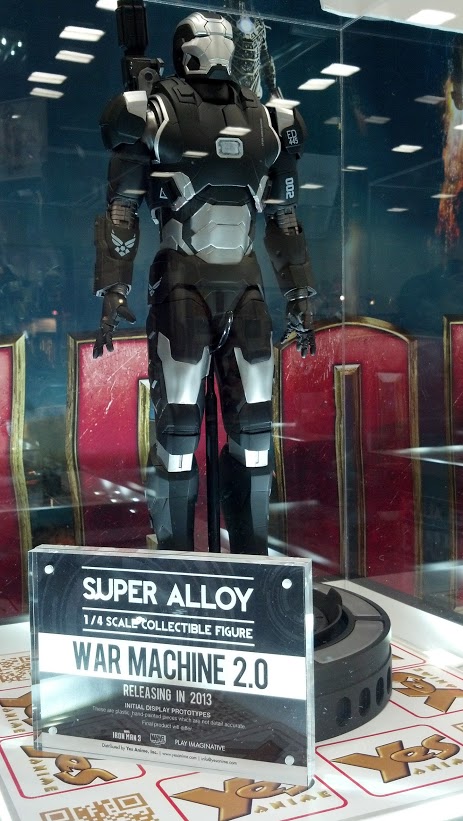