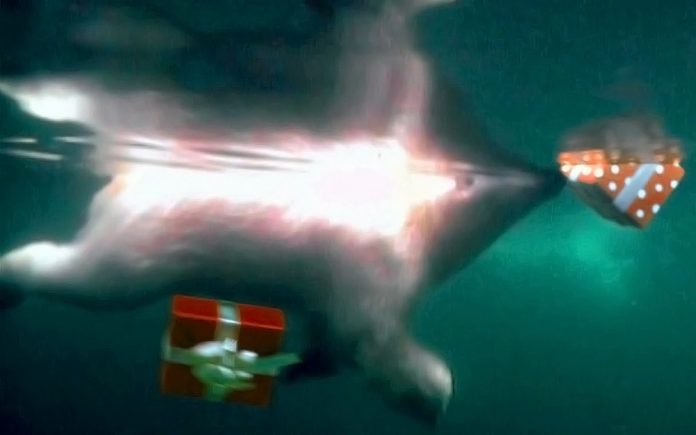 How did the holiday season evolve such that we get crushed by the majority of our most celebrated holidays during just a few weeks at the end of the year?

Those of us with full-time jobs and busy lifestyles find the crush of holiday obligations just too much for such a short time frame.  Thanksgiving follows Halloween by three weeks which is followed a month later by Christmas.  Add to that New Year’s seven days and you have celebration overkill.

Is there a solution?  Not really but if a science-fiction writer like L. Ron Hubbard can create a religion, maybe one of the Coachella Valley’s celebrated authors like Andrew Neiderman can contemplate the restructuring of the ‘most wonderful time of the year’ and make the holiday season  less cramped.  The restructuring will benefit retailers and shippers, reduce stress levels and blood pressure for hundreds of millions while helping consumers spread their spending over a longer period of time.

The first step to expanding Christmas would involve moving Thanksgiving to another date.  If we pair Thanksgiving with the start of the NFL season and move it to the Labor Day weekend slot, we can start the Christmas holiday on October 1st and turn the 12 days of Christmas into the 12 weeks of Christmas.

Face it, Labor Day is a bygone celebration of unions and union membership in the United States is only 6% of the private workforce and 33% of the government workforce these days.  Labor Day also used to signal the end of summer and the start of autumn.  With schools restarting in late July or early August, the traditional last trip of summer during the last two weeks of August is no longer possible.

If the school system can move its start dates from the week after Labor Day to a few weeks after the Fourth of July, we can certainly move Thanksgiving and expand Christmas.

(Note: For those that would prefer the use of the faith neutral ‘holiday season’ phrasing over Christmas, that’s cool.  America is a land of diversity and acceptance with bunch of patriots in Washington DC showing us all how to behave each and every day.)

Under the expanded holiday season framework, Halloween would fall on a week when ladies are dancing or maids are milking, I’m not sure which.  Combining that with Halloween would be a Prince Andrew fantasy.

With Thanksgiving sixty days earlier and Christmas nearly sixty days away, we would have enough time to truly appreciate each of these celebrations more fully.

While we are making these changes to the holiday season, we should also consider its imagery.  Does it have to be cold?  After all, St. Nicholas started out in Turkey – hardly a place filled with reindeer and snow.  At some point, St. Nicholas changed his name to Kris Kringle and emigrated to the North Pole.

In a coincidence lost on most, the sad truth is that Santa’s Village is melting.  It is estimated that shipping channels will run right through Santa’s Village at some point in the next twenty years as the polar icecap will have melted.  Once that happens, Santa will have no choice but to move operations.

Given Santa’s advanced age (about 1,800 years old), I’d propose someplace a lot warmer like the Coachella Valley.  This will help with Santa’s achy joints and bones while giving him the chance to combine his Christmas magic with solar power to create a sustainable Winter Village.  If he needs a hand, the amazing people at Old Town Artisan Studios in La Quinta can help. (If you haven’t seen their Christmas Village, please visit.)

Whether the holiday season is expanded or not, one thing that I know is that Santa needs help with is filling the world with joy, peace and happiness.  Lend a hand.