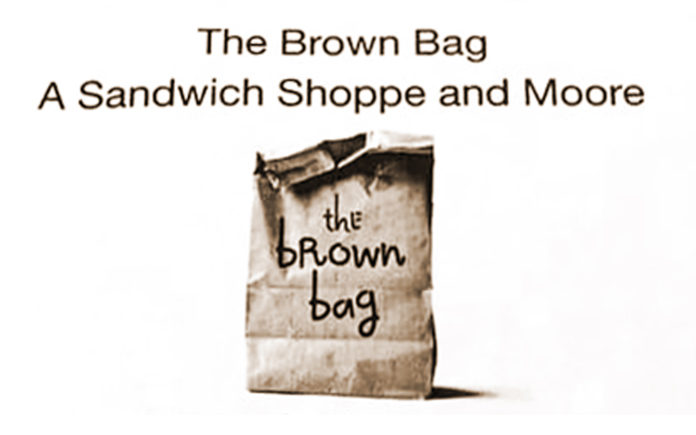 Out of the way, affordable deliciousness awaits at Brown Bag Sandwich Shoppe in Palm Desert. With high end Boars Head deli products and friendly service, this spot hits all of the high notes for fantastic sandwiches and more.

It’s 10:30am on a Monday morning, and I’m warmly greeted by Brown Bag Sandwich Shoppe staff members Carlos and Barbara, along with owner Diana Treider, who has graciously made time for me to interview her after the morning breakfast rush. Tucked into the industrial area of Palm Desert, across from Sun City in the Washington Business Park, Brown Bag has been around for 14 years. I couldn’t believe that it had been there all that time and I didn’t even know. But that’s what is wonderful about the Coachella Valley. Because just when I think that I know all that there is to know about the desert that I call home, I’m pleasantly surprised to realize that I don’t.

Treider purchased the deli from its former owner 10 years ago. She was actually working at the deli before she bought it, and when the former owner decided to retire, she jumped at the opportunity and made it her own. The sandwich nook has been going strong since its inception, providing a homey ambience and simple hearty sandwiches for the industrial area in which it sits, Sun City and for anyone else lucky enough to know that it’s there. 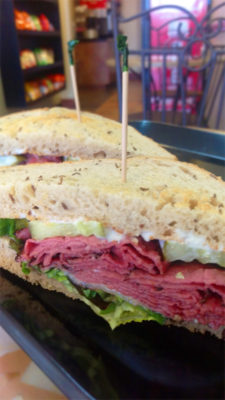 The menu at Brown Bag is a simple and traditional deli style menu, where patrons choose the type of meat (including chicken, tuna or egg salad), bread (Bosch Bakery), cheese and condiments that they want and go from there. The creativity is up to you. Treider only uses Boars Head deli products, which are looked at as the best in the deli biz. I asked her why she chooses to use Boars Head, “They may be a little expensive, but their quality is great and their customer service is fantastic,” said Treider.

If Boars Head is expensive, it is not reflected in the cost that she puts forth to her customers, as you can get a sandwich there for $6.25 (extras such as avocado, olives, etc., have a small additional cost). I mean seriously, there are many, many places where you cannot get a sandwich for under $10. The cost thing is just one of the easy going aspects of Brown Bag. The other, is the sandwiches themselves. They are not oversized, where you could feed a couple of people with one sandwich. They are however, perfectly portioned, freshly made, and absolutely satisfying.

On my visit to Brown Bag, I tried the Hot Pastrami on toasted rye bread. The sandwich came out at a cozy temp, and I honestly ate it pretty quickly, because Pastrami on rye is one of my faves. But also because the meat was lean and I didn’t have to struggle with any fatty speed bumps along the way to my belly. Treider had me try the Split Pea Soup, one of many homemade soups that she makes when the temps our cooler during season. The soup was awesome, with scrumptious bits of ham, and a classic Split Pea flavor and creamy texture, seriously yummy. Other soups include the Clam Chowder, which I was told is a crowd pleaser, and Chicken Noodle, as well as whatever else Treider’s creativity concocts.

Brown Bag also offers up Salads such as Oriental Chicken, Cobb, and Chicken Caesar among others including the Carlos Spicy Salad named after Treider’s long-time employee. The Carlos Spicy Salad has is made with turkey, roast beef, bell peppers, red onion, jalapeno, garlic salt, tomato and of course lettuce, topped with a trio of dressings (thousand, cilantro ranch and Tapatio). Let’s not forget that patrons can also start the day of at Brown Bag with breakfast which is served from 8-10:30am. Enjoy an assortment of Muffins or a Toasted Bagel, Breakfast Sandwich (two scrambled eggs, with bacon, sausage, or minced ham on toast with a beverage for only $4.25), or Hot Oatmeal (plain, apple cinnamon, maple & brown sugar, or peaches & cream).

Brown Bag Sandwich Shoppe is opened from 8am to 2:30pm Monday through Friday. Customers can eat in the homey dining area, or order food for take-out (and yes, they use old school brown bags), as Treider and her staff are happy to accommodate.

It’s always fun to find new places to eat here in the Coachella Valley, or places that may be just new to me. Brown Bag Sandwich Shoppe is one of those old but new places that I am thrilled to have found. I look forward to visiting them again, for delicious and affordable sandwich fare.