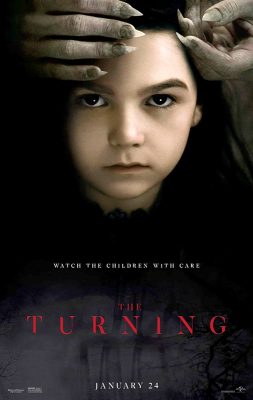 It’s not always a wise decision to adapt a classic tale in a new way for a movie.

For almost a century, The Turn of the Screw, Henry James’ 1898 novella has frightened readers.  But Foria Sigismondie’s admittedly stylish yet ill-conceived film version will disappoint horror hungry viewers familiar with the source material.

Set in Washington State, the essentials are all in place: there’s a huge, creepy estate and Kate, a new, well-meaning, nanny (Mackenzie Davis) caring for Flora and Miles, two disturbed orphans with dark secrets.  Are the ghosts real?  Or is Kate crazy?  Things are not what they seem… 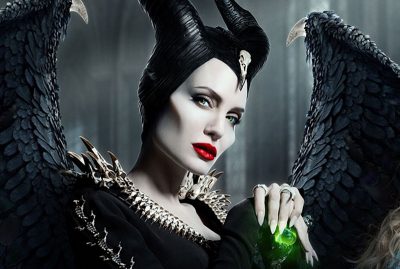 One of Disney’s most diabolical villains returns for additional reworking in this spin-off of the 2014 iteration, also with Angelina Jolie playing the lead.  Both films are rooted in the true prequel, Disney’s stunning 1959 70 mm animated “Sleeping Beauty.”

Calling this version “Mistress of Evil” is a bit of a misnomer as it becomes clear there has been a change of heart  (can evil be redeemed?), but the tag line, “evil has never looked so good” is still a bit unsettling.  Still,

The 2014 version told the story from a fresh perspective, making the king the villain!  This continuation further explores the connection between the winged witch and her goddaughter Aurora (Elle Fanning again), the future queen, as they question the bond between them as they are pulled in different directions by impending nuptials, unexpected allies and new dark forces that impact their battle to secure the woodlands, fields and the “enchanted” creatures that dwell in the wider region.

This lush, beautifully crafted fantasy adventure film delivers everything the poster, prequel and trailer promise.  A very rare event.  A perfect family film for all ages that does not ignore larger themes that are relevant in our sometimes all too real world.  Generous extras include a making of featurette, extended scenes, Aurora’;s wedding, outtakes and more.  Recommended.  Disney.  4K UHD/Blu-ray. 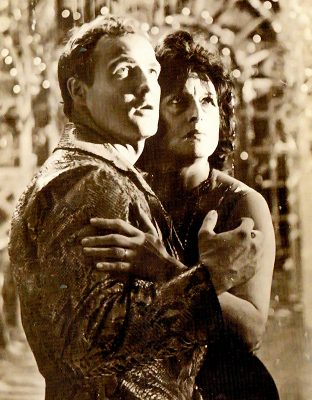 A decade after what began as “Battle of the Angels,” Tennessee Williams’ rough draft of his unproduced 1939 play morphed into “Orpheus Descending,” which was well received on Broadway.  The renamed film version, directed by Sydney Lumet stars a young Marlon Brando at the peak of his method-driven performances.

Brando plays Valentine “Snakeskin” Xavier, a troubled drifter who stumbles into a wonderfully gothic and very “Williamsish” town (i.e., a store-keeper dying of cancer, a frustrated wife, a murderous mob etc.)  where he gets involved with alcoholic Carole Cutere (Joanne Woodward) and the unhappily married Lady Torrance (Anna Magnani).

The screenplay was co-written by Williams and TV writer Meade Roberts.  This tempestuous, stagey but often compelling melodrama of small-town meanness is top-loaded with not so subtle sexual symbolism.  Hardly anyone saw this when it was released in theaters in 1960, the same year as Hitchcock’s “Psycho,” which shared somewhat similar themes and the gothic-like setting.  The Criterion edition looks great and, as usual, has generous extras that are eminently watchable.  Criterion.  Blu-ray. 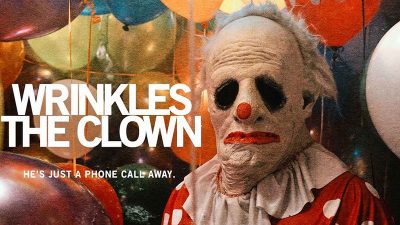 In late 2014, a low-res video of a person in a clown mask emerging from underneath a sleeping child’s bed appears on YouTube.  The description below the video claims the clown is named “Wrinkles,” that he lives in southwest Florida and that he has been hired by the parents to frighten her for misbehaving.  The video goes viral.  Soon, more mysterious videos of Wrinkles scaring children appear online, along with a phone number to hire him for “behavioral services.”

Wrinkles becomes internet lore – a whole genre of YouTube videos of kids filming themselves calling him appears online, and over a million messages are left at the number.

Voicemails range from disturbing to hilarious to terrifying: parents use the numbers to terrify children, kids who are obsessive fans of creepy clowns reach out to make a new friends, children threaten to inflict wildly creative violence if he coms anywhere near them.

But who is Wrinkles, and why is he doing this?  With incredible access to the mastermind behind the mask, this cryptic and playful (?) exploration of these questions, is an inside look at myth-building and the unpredictable spread of fear and folklore on the internet.  This timely warning of our cyber-connected neural networks should not be dismissed as a meaningless joke, hoax or meta-prank.  This phenom is something far worse and much darker.  We have been warned.  Magnolia.  DVD. 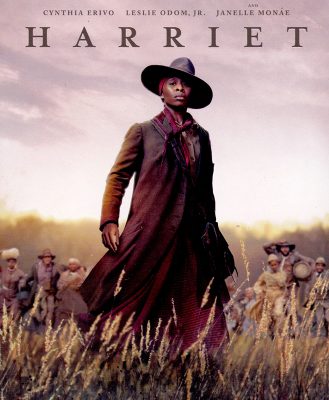 Kasi Lemmons thrilling biopic is based on the inspirational life of an iconic American freedom fighter.  This terrific film tells the extraordinary tale of Harriet Tubman’s escape from slavery and transformation into one of America’s greatest heroes.  Haunted by  memories of those she left behind, Harriet (Cynthia Erivo) ventures back into dangerous territory on a mission to lead others to freedom.  With allies like abolitionist William Still (Leslie Odom Jr.) and the entrepreneurial Marie Buchanon (Janelle Monáe), Harriet risks capture and death to guide hundreds to safety as one of the most prominent conductors of the Underground Railroad.  Witness the story of a woman who defied impossible odds to change not only the course of her life but also the fate of the nation.