With Thanksgiving coming early this year, it’s not too soon to consider two Christmas themed movies that can be enjoyed by the entire family.

THE MAN WHO INVENTED CHRISTMAS 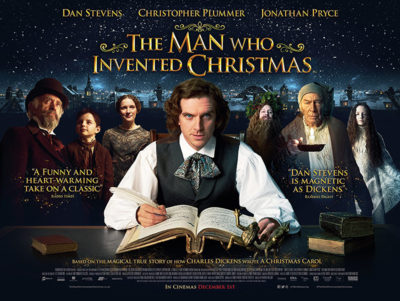 Bharat Nallari (“Miss Pettigrew Lives for a Day”) directs this lushly and appointed, dreamlike journey that led to the creation of Ebenezer Scrooge (Christopher Plummer), Tiny Tim and other iconic characters from “A Christmas Carol.  We understand how Charles Dickens (Dan Stevens) mixed real life elements with his extraordinary imagination to conjure up the unforgettable characters and an enduring tale, forever transforming the holiday season into the celebration we enjoy today.

This fun interpretation of a slice of Dickens’ life and creative process is a celebration of imagination and creativity and how one can repurpose real life incidents that can touch others in a timeless and even profound way.  Don’t miss this beautiful film that is an instant holiday classic.  Christopher Plummer’s Scrooge is one for the ages. 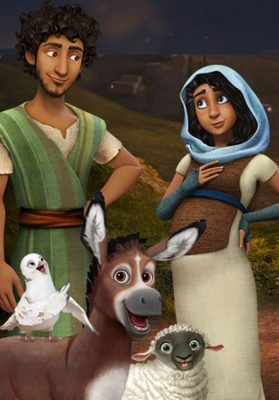 I enjoyed this decidedly quirky but heartfelt animation about a little brave donkey named Bo who longs for a grander life beyond the daily grind, literally, at the village mill.

When he finally finds the strength to break free, he teams up with Ruth, a lovable sheep who has lost her flock and Dave the Dove who has big ambitions.  Along with three wisecracking camels and some eccentric stable mates, Bo and his friends follow the Star and become unlikely heroes of the first Christmas.  Nice digital animation from Cinesite Studios.  Timothy Reckart directs from Carlos Kotkin’s sometimes-clever screenplay.

I was a little surprised, but not offended, by the holy hijinks in this overtly Christian slapstick cartoon.  This harmless family fun with a moral bent will engage and delight younger viewers and might even amuse older siblings and their patient parents. 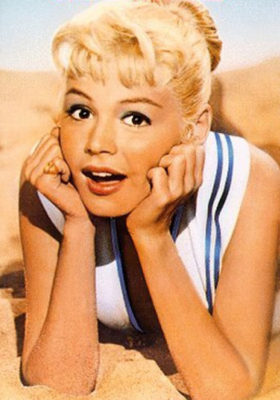 This great looking, full original widescreen Cinemascope title is a brand-new 4K restoration transfer of the first big-screen escapades of the spunky California teen who finds comedy and romance in sand, surf and smooching with “Moondoggie” (James Darren) and “Big Kahuna” Cliff Robertson.  The original surfer girl/beach bum movie was adapted from the book by Fred Kohner who was inspired to write the novel by his daughter Kathy’s love of both surfing and the characters who populated a local Southern California beach hangout near their Pacific Palisades home.  TwilightTimeMovies. Blu-ray.  Edition limited to 3,000 units.