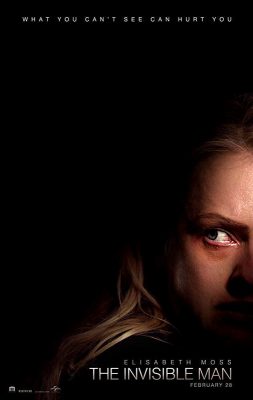 In Writer-Director Leigh Whannell’s heart stopping, chilling and intelligent thriller, Cecelia Kass (a terrific Elizabeth Moss) is trapped in a dangerous relationship with a violent, controlling and brilliant billionaire scientist boyfriend.  Cecelia escapes in the dead of night and goes into hiding aided by her sister (Harriet Dyer), their childhood friend (Aldis Hodge) and his teen daughter.  But when Cecelia’s abusive ex (Oliver Jackson-Cohen) commits suicide and leaves her a big chunk of money from his huge fortune, Cecelia soon suspects that his death was a hoax

As a series of unsettling coincidences turns deadly threatening the lives of friends and family, her sanity begins to unravel.  But she finds it’s hard to prove you’re being hunted by someone nobody can see! 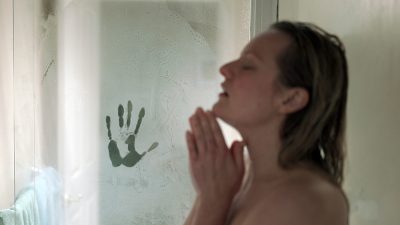 Universal has been trying for decades to find a way to reboot their horror classics of the 1930s that defined the studio back in the day.  But it has not been smooth sailing.  Did you see the Tom Cruise starring 2017 fail “The Mummy”?  “The Bride of Frankenstein” is still in development.

In the meantime, we can be thankful for this wonderful Invisible Man reboot that does not disappoint. 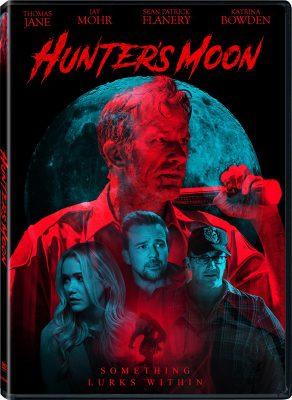 Thomas Jane and Jay Mohr star in this satisfying and chilling home-invasion horror thriller that delivers smart and unexpected twists and turns.

When their parents leave town, three teenage girls decide to throw a party in their new and isolated country home.  But when a gang of dangerous local boys with sinister intent turn up, the young women are forced to not only defend themselves from the evil inside the house, but an unseen bloodthirsty predator that is hunting them one by one outside the house!   DVD.  Lionsgate. 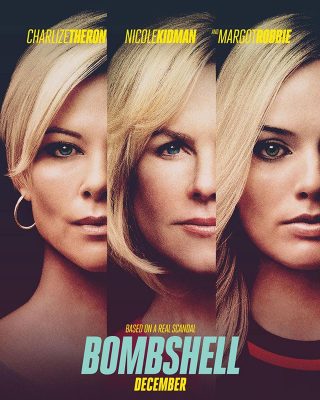 Academy Award winners Charlize Theron and Nicole Kidman and Oscar© nominee Margot Robbie and John Lithgow all deliver tour-de-force performances in this provocative true story of three whip-smart, ambitious, strong women who anchored one of America’s most powerful news networks—becoming headlines themselves when they risked everything to stand up to the abusive bully who made them famous.

Explore the fascinating journey it took to bring this ripped-from-the-headlines tale to the screen with in-depth bonus features including a 7-part making-of documentary featuring interviews with the incredible cast and crew that brought this story to the screen.  DVD/Blue-ray.  Lionsgate. 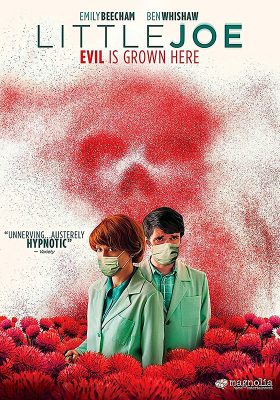 Happiness comes with a price in this nifty psychological thriller about a mysterious new flower.

From Australian film director and screenwriter Jessica Hausner comes this sci-fi thriller starring 2019 Cannes Film Festival Best Actress Emily Beecham (Daphne) as Alice Woodward, a single mother and dedicated senior plant breeder who has suspicions that the plant she engineered may not be as harmless as she intended.

The film follows Woodward who has developed a special crimson flower, while working alongside partner Chris (Ben Whishaw).  Known for its therapeutic value, the plant releases a scent to make its owner happy when nurtured.

Against company policy, Alice takes a flower home as a gift for her teenage son, Joe (Kit Connor), and they name it Little Joe.  As the plant grows, Alice begins to suspect the plant she engineered may be causing more harm than happiness.

A BEAUTIFUL DAY IN THE NEIGHBORHOOD 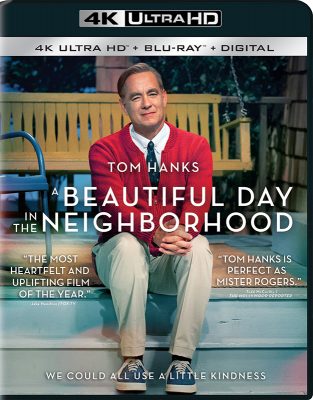 Much like the TV personality that inspired it, Marielle Heller’s film offers a powerful and affecting message not only about acceptance and understanding but also forgiveness.

Tom Hanks is near perfect as Mister Rogers in this most timely story of kindness triumphing over cynicism.

Based on the actual friendship between Fred Rogers and jaded journalist Tom Junod who is assigned write a feature profile of Rogers.  Junod overcome his skepticism, learning valuable life-lessons about empathy and decency from America’s most beloved neighbor.

In spite of the straight-faced sincerity that dominates every frame of this film, and the stellar performance of Hanks, I was hoping for more of a story especially regarding Rogers.  In spite of that, what a difference a day makes in this entertaining, hopeful and touching film that dares suggest the ills of our society/culture might be lessened if not cured by being kind and forgiving.