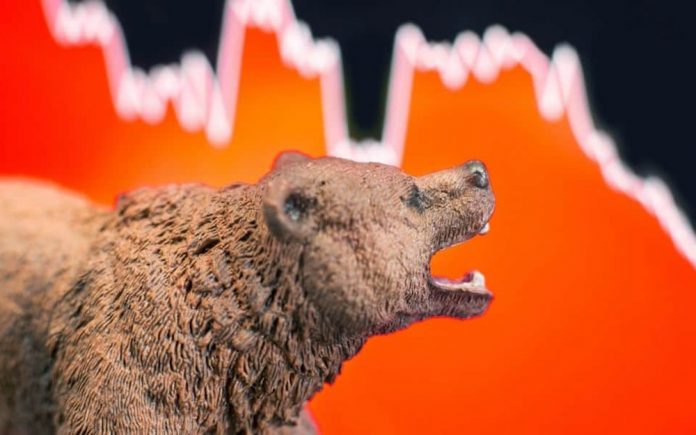 The stock market is off to one of its weakest starts for a year.  Through January 21st, the Dow was down nearly 6%, S&P 500 -8% and the Tech-heavy NASDAQ -12%.  This is happening as the Federal Reserve and Biden Administration have begun taking steps to calm inflation.  The steps that they are taking are the equivalent of taking the punch bowl at a party and the market is reacting to this new reality by taking profits.  It is also happening after the S&P 500 was up 29% last year.

Many stock market analysts including this writer believe that 2022 will be a stock picker’s market.  We feel this way because the market is a mix of wildly overvalued stocks and reasonably priced ones.  To help you understand, let’s look at a few positions.

Tesla is an investor darling as shown by its nearly $1 trillion valuation.  Only a few companies have hit the trillion-dollar valuation – Apple, Google, Microsoft and Tesla until the recent market sell-off.

Tesla was remarkable in producing and selling nearly one million vehicles last year.  In comparison, the world’s largest carmaker – Toyota – sells 8-9 million vehicles annually yet Toyota is valued at one-quarter of Tesla.

Independent rating service Morningstar believes that Tesla is worth $700/share or nearly one-third less than its current price.  They get to this number by assuming that Tesla sells 75% as many cars as Toyota in eight years.  Tesla is expected to earn $6.50/share for 2021 meaning that Tesla stock sells at nearly 200 times earnings.  If we value the stock based on sales, it is trading at more than 23 times current sales.   Before we either agree or disagree with Morningstar, let’s take a look at the largest vehicle maker who also has a robust electric car lineup – Toyota.

Morningstar feels that Toyota is worth 11 years of earnings and only 1 year of sales.  On top of it, Toyota pays a 2.3% dividend whereas Tesla pays none.

While Toyota looks like the safer investment choice, let’s look at two other popular stocks amongst investors.

Netflix fell by more than 20% last week as subscriber growth during the most recent quarter was only 25% of analyst expectations.  At the same time, Amazon fell 11% in value as they suggested shipping delays may impact sales in the upcoming quarter.

Both companies have strong management teams and highly defensible market niches.  Both companies are growing rapidly, meaning that cashflow is being deployed toward growth.

Netflix current price of $400/share is about $100/share higher than independent rating service Morningstar feels is a fair value for the stock.  The issue is that sales growth is looking to slow down to 6%/year and that just is not high enough for a company that trades at 6.5 times sales.  Also, the market is getting increasingly crowded.

Amazon’s price is a bit under $3,000/share.  Morningstar feels the stock should be worth $1,100/share more.  Current value equates to 3.4 times 2022 estimated sales.  The price of this stock is supported by its expected growth rate of 17-20% over the long-run.  Amazon has unique advantages like Amazon Web Services (grows at a 25%/year clip), Amazon Prime Video including Thursday Night Football next year and a side projects like Whole Foods.

Toyota is the best option for the person looking for dividend income and the best value relative to sales and earnings.  Amazon comes in a solid second due to its impressive growth rate and powerful earnings.  Netflix still seems a bit pricey at $400 while Tesla’s price is more of a vote in support for Elon Musk as the stock price seems difficult to defend.

The trick to strong long-term returns is an investment approach that stays invested through the ups and downs.  Overhyped stocks and those without the performance to support the valuations will typically decline the most while the companies with strong management teams, healthy cashflows, low debt levels and defensible market niches will usually outperform those without these foundations to their businesses.

By the way, none of this is meant to offer investment advice.  My hope is that you will see that there are solid opportunities in the market and that you need to do your homework or hire someone who will do it for you.