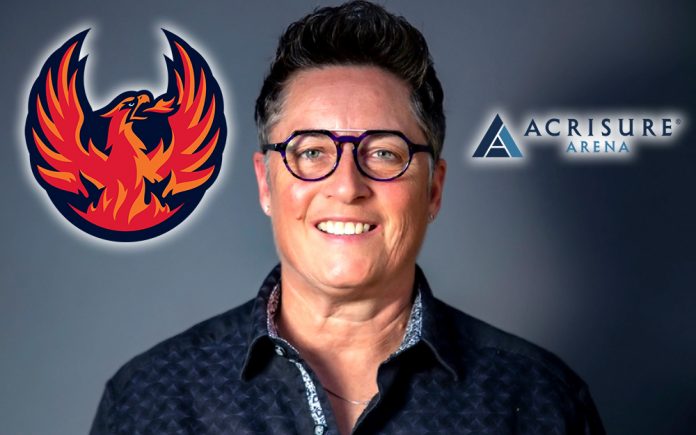 As far as accomplishments go, Shannon Miller has already achieved a lifetime’s worth in her career thus far. Currently the Vice President of Branding and Community Relations for Firebird Hockey and Acrisure Arena, Shannon has had an impressive professional track record, spanning from law enforcement to Olympic coaching, all while earning notable honors at a national level. 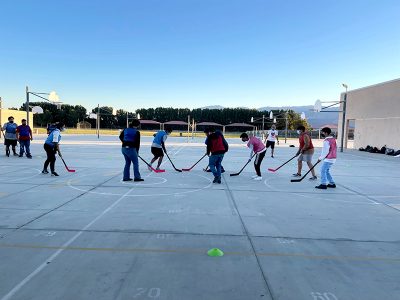 Shannon is a world-renowned hockey coach honored at the White House by the President of the United States five times, a former Olympic Head Coach, three-time World Champion and five-time NCAA Champion, and a United Nations Speaker on Title IX and Gender Equity.

She knew from a young age that she wanted to coach, and it was Shannon’s father who inspired her passion for hockey. He was also a coach and PE teacher.

“My dad flooded our backyard in the winter so my siblings and I could skate and play hockey. I played when I was 12 and 13 years-old and loved it. My dad died when I was 13 years old and I never played hockey again as a kid. But when I went to University, during my freshman year, they started the first ever women’s hockey program. I tried out, made the team and played for years,” revealed Miller. 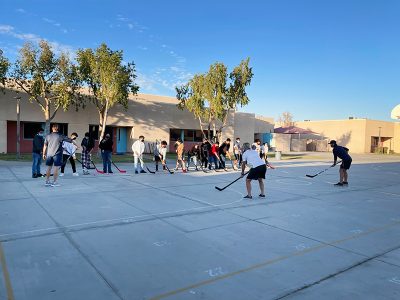 Shannon set her educational path forward to getting an Exercise Science degree in college, which, although a different career path, is needed to become a Physical Education teacher in Canada. While going through college, Shannon continued to pursue a career in coaching for a living, and by that time, wanted to coach hockey. From the University of Minnesota, she obtained a master’s degree in Education with a focus on Native American Studies. She later discovered another vocational field that would allow her to support her coaching aspirations.

“I decided that if I became a police officer I would be helping the good people of the community, putting away the bad guys, and then I would be a volunteer hockey coach as well. I wanted a career that allowed me to be mobile, experience action in my job, and would support my love of coaching. The Calgary Police Service provided all of that. I worked as a cop, coached as much as I possibly could, helped build hockey programs from the ground up, and had great success at it all,” shared Miller. 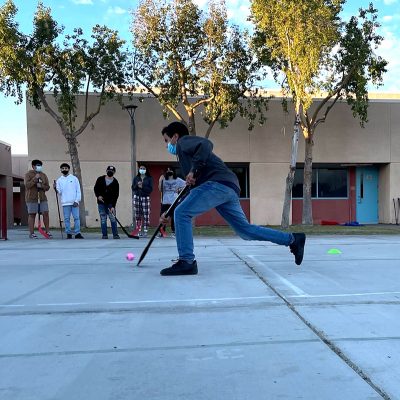 Shannon’s hockey team won a national championship and that put her on Team Canada’s radar. She was then was asked to fly to Ottawa and interview for a volunteer assistant coach position, since all Team Canada Coaches on the women’s side were volunteer. Shannon interviewed and got the position, where she had success as an assistant and learned a lot about the field.

In 1995, Miller was named head coach of Team Canada, and her team won the gold medal at the 1997 World Championships. She was then hired full time to coach Team Canada for the 1998 Olympics. Her team won Olympic silver, losing to USA. Shannon moved to the USA afterward and became an NCAA Division I head coach. After building a team from scratch and hiring some great assistants, her team went on the be the winningest program in the country, winning 5 NCAA Championships in 15 years out of 34 teams. 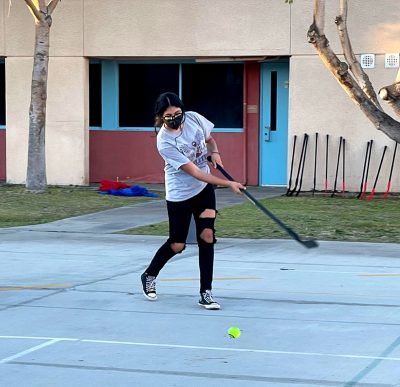 When Oak View Group announced they were going to build an Arena and bring a professional men’s team here, Shannon got very excited and decided to look into being a part of it. She had been living in the Coachella Valley for seven years at that point, but had a residency for 16 years since it is where she always wanted to live.

“I reached out to the guy that was here working for them and we spent time together and built a relationship. He left during the pandemic. A new guy arrived, John Bolton, and he reached out to me and said he had heard good things about me and wanted to meet. We met several times over a year and a half, and got to know each other. We discussed what Oak View Group, the arena and the hockey side of things may need. Eventually a position I was interested in came open—VP of Branding and Community Relations—and I applied and got the job,” said Miller.

Acrisure Arena is slated to become the crown jewel of the Coachella Valley. It is a facility that will give all residents and visitors an amazing place to experience events and activities together. It will be a hub for families, social connections, all levels and types of hockey, figure skating, and live music.

The Coachella Valley Firebirds are introducing the sport of hockey to kids of all ages throughout the desert. The Firebirds Street Hockey Program is designed to teach the fundamentals of hockey, discipline and leadership. 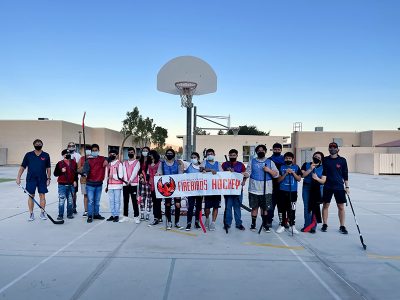 The new program can accommodate players with different skill levels, from beginners to elite. The overall goal is to develop hockey players and to get them ready for the ice when the Firebirds come to town this fall. The Family YMCA of the Desert will be starting a Street Hockey League on April 1st  and there is a possibility of having a Firebird Street Hockey Tournament in May.

“Hockey is a great sport, and a great way for our residents to learn and participate in the game of hockey. We are doing street hockey clinics for kids at the YMCA, Coachella ASES, Boys & Girls Clubs, Parks & Rec and DRD programs. We are also teaching street hockey to PE teachers who are introducing it to their students in PE class. Acrisure Arena will bring us all together and invite us to have the time of our lives!” stated Miller.

To learn more and keep up with the latest news, community programs, concert and team announcements, sign up for Coachella Valley Firebird newsletter and be the first to know all the details on upcoming events and news here:  https://cvfirebirds.com/fanform/.